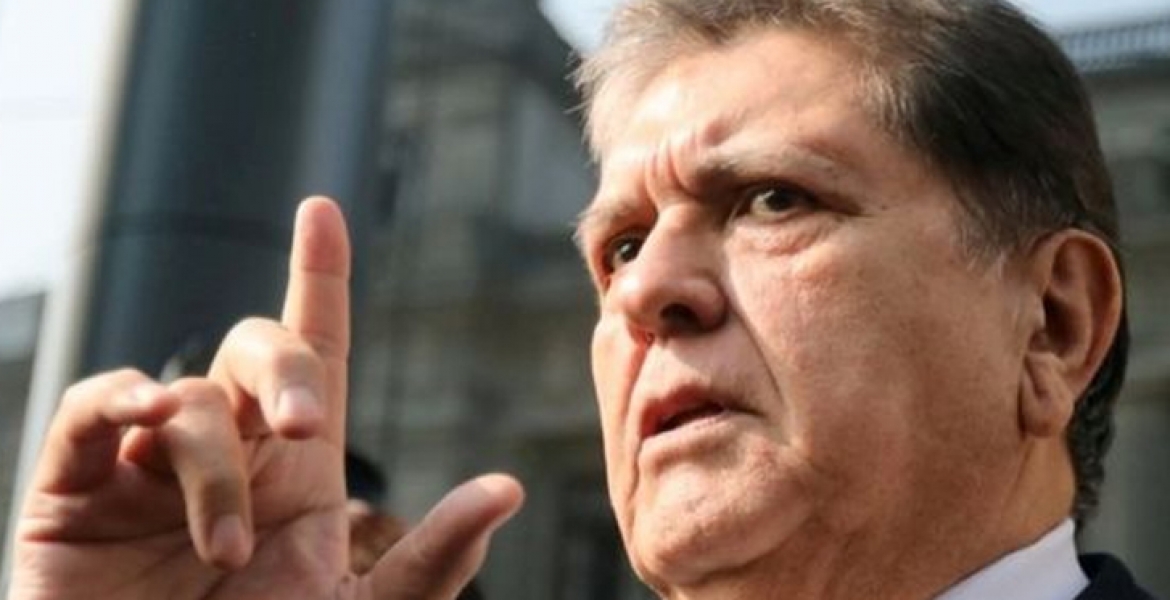 Former Peru President Alan Garcia has passed away hours after shooting himself to avoid arrest.

Garcia shot himself in the head on Wednesday morning after police arrived at his residence in the country's capital Lima to arrest him in connection with a bribery investigation.

Peru Interior Minister Carlos Moran says Garcia told police he needed to call his lawyer after they arrived at his home to arrest him.

“He entered his room and closed the door behind him,” Moran says. “Within a few minutes, a shot from a firearm was heard, and police forcibly entered the room and found Mr. Garcia sitting with a wound in his head.”

He was rushed to Casimiro Ulloa Hospital in Lima, where he underwent emergency surgery.

Garcia, 69, has been under investigation in connection with Brazilian construction firm Odebrecht, which admitted publicly in 2016 that it used bribes to win lucrative contracts in the region.

His death has been confirmed by current President Martin Vizcarra, who has expressed his condolences on Twitter.

Sounds like something Uhuru gonna be contemplating sooner than we think

Exactly! You just took words Off my Lips.

Congratulations Peru for getting rid of your corrupt leader. It is truly a brighter day in Peru. Let the same wave spread to Kenya and may the corrupt turn upon themselves to save tax payers money jailing them...that is if ever or when we get to jailing them.

If Kenya does not Action against the Corruption, "Malipo hapa Duniani" will take it's Course:Meaning some Kenyan corrupts will Die of AIDS and other Corruption borne Cancers.

A good example to loot-fully power-hungry African leaders in particular to Kenya.

We hope to have a bloodless months of streets demo to totally demand serekali ya mseto ya kupambana na ufisadi wa rushwa kama janga kuu Kenya. That way the past & present big fishes will be in Prison for real and not again in and out for awhile.
My dear fellow country men take this bitter pill x3 daily for a month and you see my how clean Kenya will be thereafter. I promise!

This is what out big thugs need to do before they are taken to court in cage like Mubarak or arrested like Bashir.

Kenyan or African leaders putting a bullet in their heads? Forget it! Hawa ni SUGU! Wamekomaa kwa uwizi na ufisadi! Wanauwa na wanafagia whatever or whoever stands in their way. Ni watu wanawapa hayo mamlaka, and no matter what, people even here in this forum wataongea matope but they'll still vote for them.

Yep! The FOOLS will still Vote for them corrupt IDIOTS.

Isn't that what happens when you engage in corrupt deals & think that you will always get away with it? then justice starts knocking on your door & you've got nowhere to hide! It's unfortunate that he never gave himself an opportunity to ask for forgiveness!

THE STREETS TO BRING IN A TRANSITIONAL GOVERNMENT IN KENYA WITH TOTALLY NEW ADMINISTRATION.