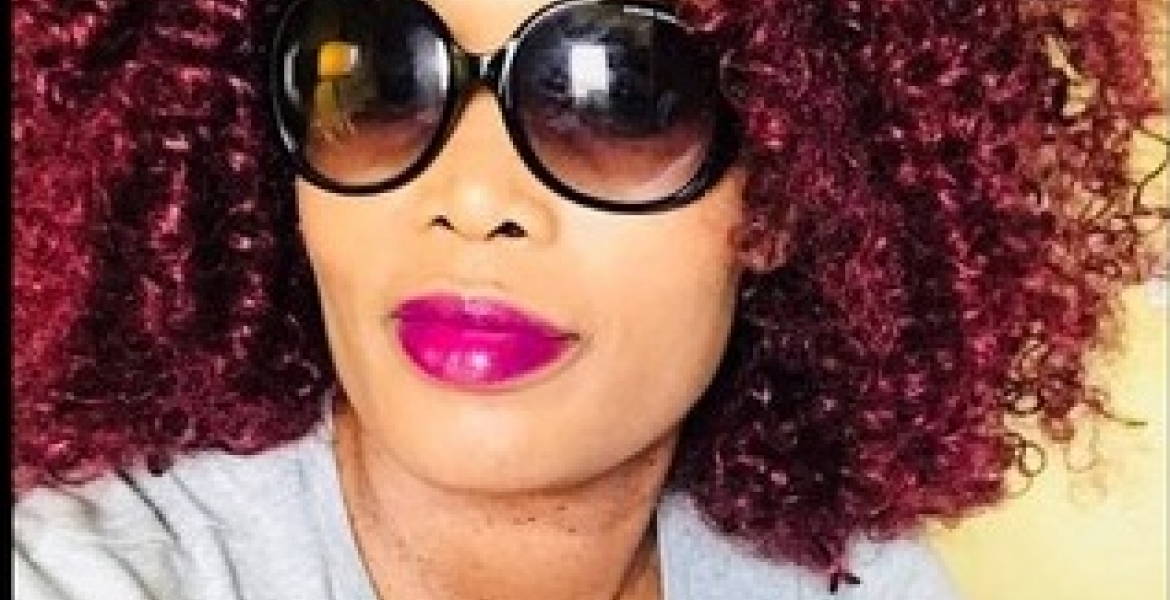 A recorded 911 call has exposed the troubled relationship a Kenyan woman in the United States, Lydiah Okongo was in, before her husband reportedly shot her dead two months ago.

It has emerged that the mother of three had on several occasions called 911 to report threats on her life by her husband, Henry Okongo. It has been established that, two weeks before she was murdered, the 40-year-old called 911 to say her husband had threatened to kill her.

Police said Henry Okongo, 51, shot her several times at their apartment in Mina Drive, Jersey City on March 5th. He later committed suicide by shooting himself using the same gun.

In a 911 call recorded on February 17th, Lydia is heard asking the dispatcher what she should do if she is being threatened. She says she had just returned home from work and was preparing to go out when her angry husband turned on her.

"I walk through the door he’s telling me how he’s upset with me and the only thing he’s going to do is just kill me and kill all of us and we’re going to be transported to Africa in a coffin," Lydiah Okongo tells the dispatcher.

The operator then asks whether her husband was holding any weapons, but she replies no. "Officers are on their way to the home, the dispatcher tells Lydia."

This was the third time in a span of 15 months that Lydia had called police to the home to investigate a domestic dispute, call logs further show. Jersey city clerk’s office declined to release multiple records requests for police reports from those three calls, but a city spokeswoman said the records were never created because it was not a "mandatory arrest situation."

Henry Okongo allegedly owned a gun that was legally registered, although request for his gun permit records was also denied.

Lydiah moved to the US in 2001 to pursue a career as a nurse, a job she was passionate about, her brother said. She worked as a visiting home nurse for a company based in Jersey City since 2014 until she was killed.

She was found unresponsive and bleeding on the first floor of their house by a family member on the morning she was murdered. Two of her children, aged 3 and 1, were home when the incident happened, while their 10-year-old daughter was in school at the time of the shootings.

Lydia was the breadwinner of  her six siblings back in Kenya and also helped her parents financially. Henry was a business man who owned Laundromats in the US.

Why are we out of self control? These incidents are uncommon now. Too much stress and inability to cope. The man could have jumped over a cliff alone. She probably was with him just for the 2 kids. Hasira ya waKisii!!! It is always a nurse for the most part in these situations.

This is a Tough situation that is Hard to Fathom. As such My Spiritual Advice to Man or Woman who Marries a Nurse is that: Say a FERVENT Prayer Everyday for your Spouse. Otherwise you're in for Bad or Traumatic Events (Day-in-Day-Out). WHy: Becuase Nursing is a SICK and INSANE Career especially for those (Nurses) who do NOT receive or Go for Spiritual or Emotional Counseling. It's a Demonic Career; full of Demons of Death; and Simply put: Demons that Kill Marriages. Anyway: To marry a Nurse is to Marry a Sick person (because of the Sick Enviroment they Work in).

You sound sick to demean a noble career. What is your exact point?

Not really! The husband in this situation was a troubled man! I have seen nurses that are happy and happily married.

Okongo was a victim of the second amendment to the US constitution. "The Right To Bear Arms."

This old fashioned way of thinking, made by people who owned slaves and were exterminating the Indigenous US Population is responsible for 96 Americans slaughtering each other through the use of the firearms on a daily basis.

When you are upset, take a break, go for a walk. You will be able to tame the amygdala. This area of the brain is the center for: love, politics, religion, drugs, and all forms of negative addictions.

How can you find out when interacting with people when amygdala is beginning to control the entire brain:

1. In normal discussions, your partner raises their voice.

3. When one and two have been exhausted, fighting takes over.

4. During the fighting, if you have a weapon (knife, machete, or a gun) you use it immediately and sometimes terminate the life of the person close to you.

5. After you kill, your logical part of your brain takes over and then you look for a lawyer. The Corrupt lawyer, bribes the judge who finds you innocent and allows you to continue again from ONE to FOUR!

SOLUTION: Guns should be internationally outlawed. As long as the Amygdala is part of our brains, we must make it difficult for anyone to easily terminate another person life when they disagree or hold different opinions on the same issue.

Mmmh there is a lot inside this marriage Wr not told.Most marriages have issues but couple hide them.I heard rumours that this female was sleeping with either the brother or somebody without the husband knowing n the dude realised the Kids r not his.Guys in new jersey knows the story behind n should tell us whether they have heard the rumour or not.If it’s true am not saying she needed to die but if ur in marriage please don’t stress each other juu u mite either get injured or killed n u will b the other to blame yourself.I have said it here especially this woman in Diaspora who call themselves nurses please b careful coz they think they earn billions,they mistreat their husbands once they graduate n start earning the $$.Trust me Money is not everything n a smart wife will b there for his husband n kids.All men want is not your money but Respect Respect Respect.

How did you hear about the romours of this lady sleeping around and you are in Tigoni?

Thanks for cracking me up Nyina wa Raila, very funny.
@Mkenya Halisi, Guest 1 gets it right, nursing could be a very difficult career, very stressful and demanding. In this situation spouses have to be understanding of what the nurse spouse is going through. This has nothing to do with money as my nurse friends say, they are never paid enough for what they go through.
This murder has everything to do with the man and his insecurities and inadequacies. Did he ever do a DNA to prove he was the father? Besides, even if the kids were not his you just don't go killing just because your spouse cheated. It is not normal.
I would tell the women, if your husband tells you he will kill you or anything to that effect, BELIEVE him. Pack your kids and LEAVE.

@nyinawaraila how do u hear about kenya corruption n progress n u live in majuu????
Remember I lived in USA for many years n was much involved in the Kenyan community especially churches while there n also majority of my freds bado wako huko philly,Baltimore,New Jersey So ru feeling me!!

Did you just say you were involved in majuu churches? You forgot that you have always prayed facing Mr. Kirinyaga to Ngai of Gikuyu and Mumbi. You insisted you never attended these “Kenyan” churches when you lived here....before you renounced your American citizenship. FYI, I read about corruption in Kenya, l don’t hear rumors.

May I ask all you new jersey control rooms and bedroom know everything... were you near or in the same rm my sister Lydia was cheating.... do not damage her reputation while in her grave.... why did you not approach my sister when you thought she was sleeping with whoever... do you understand she (they) have left very vulnerable children who will live reading your very stupid comment..... did you actually come to the funeral of our sister... I hope you were not the ones pushing family to burry her and bear witness...shame in you pple

And our sister wore her crown of hardwork. You little brain thinking her nursing career brought mayhem... you are like aliminati... mr and mrs know how...

Am sure just to get a griddle of how they lived u could be befriending her family... I think your heads cannot even know how to spell any drugs and jealousy is bitting your shithole asses.

Let my sister rest in peace and Henry !
Let there children brace the fight to grow with genuine pple around them and not near you monsters that think otherwise

@outcast get a life.Rumours r rumours n can b truth?Anybody can chose to read or not to so please don’t call pple bad names here?