Mishandling Chickens will Land You in Jail, DCI Warns Kenyans 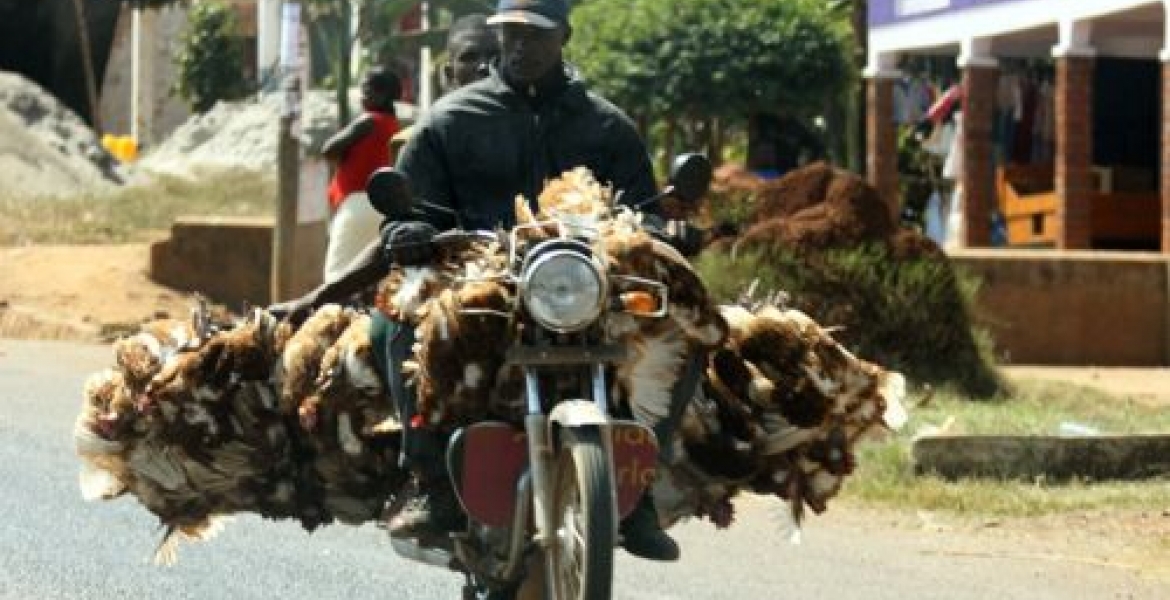 Directorate of Criminal Investigations (DCI) has warned Kenyans that they risk being arrested and prosecuted if found mishandling chickens and other animals.

In a notice posted on its Twitter handle, DCI warned Kenyans that they risking going to jail or paying a fine if found guilty of mistreating chickens and other livestock.

The offense of cruelty on chickens and animals attracts a fine not exceeding Sh3,000 or a prison sentence not exceeding six months, or both, DCI said.

The warning by DCI was mainly directed to traders transporting chicken and animals in cars and motorcycles to and from the market. DCI cited the Prevention of Cruelty To Animals Act (Cap.360) Revised Edition 2012 (1983).

“Section 3 (1) (a) provides that a person shall be guilty of an offense of cruelty if he/she cruelly beats, kicks, ill-treats, over-rides, over-drives, over-loads, tortures, infuriates or terrifies any animal,” DCI stated.

...and did they say the same for HUMANS too? This Govt is doing all the above to it's PEOPLE.....w'at 'bout pple first?

Tunaelekea Western cultures sasa, Animal protection, love that, and all those dogs roaming around should be taken care of by the government, no animals should be homeless, build shleters for them 😂😂😂

Good supported chicken statement Sir. What are you doing about the Chokora cows menacingly roaming and scavenging in Nairobi and endangering the lives of motorists? The donkey riders who beat and injure them ruthlessly? The large pride of stray dogs?

Instead of fighting corruption a wezi wengine wengine we are concerned with mifugo!!!? Jameni!!?