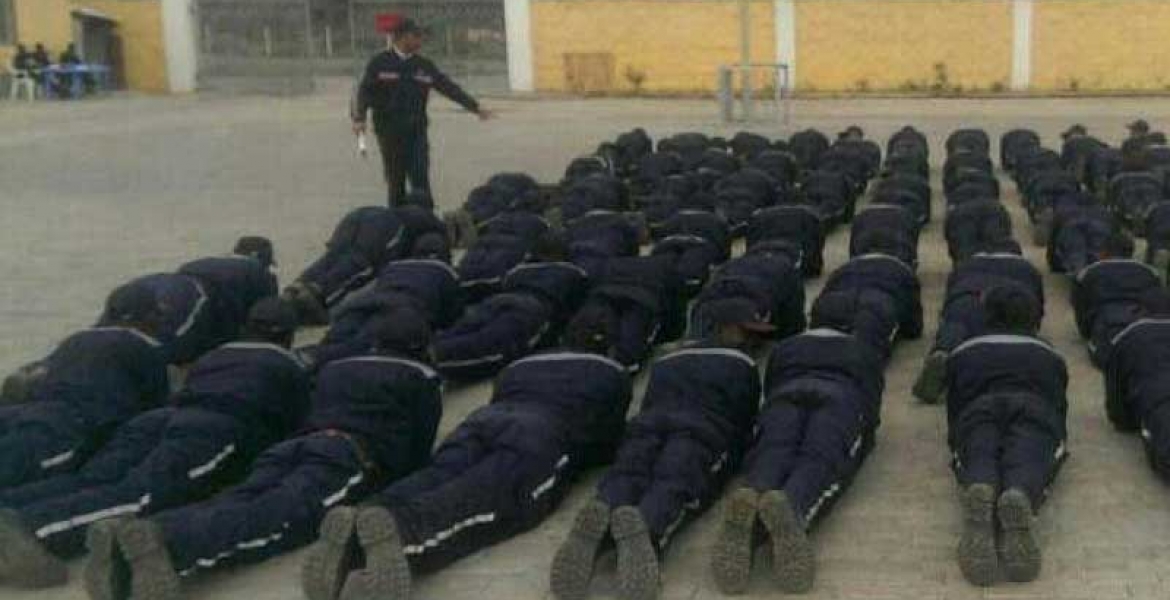 The Chinese government has come out to defend the alleged harassment and discrimination of Kenyan standard gauge railway (SGR) employees by their Chinese bosses.

Speaking in Nairobi, Chinese envoy to Kenya Sun Baohong admitted that there is conflict between Kenyan workers and their Chinese counterparts, but explained that some of the things taken as mistreatment is part of "Chinese culture."

“It's Kenyan and we are helping construct and empower Kenyans to operate system. Requires a lot of safety thus the comprehensive training within and in China which comes with discipline,” Baohong said.

"There were complaints of little communication from Chinese to Kenyans alongside isolated eating areas. It will take time for them to socialise and fully engage with one another because of cultural differences,” she added.

"It is little punishment and part of team building which all Chinese including me do. Maybe, if it is found to be offensive to Kenyans then the company can change to another mode of exercise," Sun said, without explaining why Chinese workers were not being exposed to similar treatment.

This is a familiar process toward dehumanizing and eventually colonizing a people. It's always the agents of the state at the scene acting as freelance all the while paving way for the actual and violence take over. For imperialism, we had the IBEA (British East Africa Company) paving way. Then came the missionaries pacifying the natives, softening them in readiness for colonialism. We've had NGOS doing the binding for neo-colonialism and now for global multi- corporation take overs. Our goose is cooked unless we wake up and assert ourselves in our own God given land. How dare this so called Chinese government spokesman, all of a sudden show up and attempt to justify canning adults in Kenya under the guise of discipline? This patronizing crap and racism to boot should be shunned and rejected forthwith. How hard is it anyway to drive this SGR train? I thought it's merely sitting on the rails and ready to freely roll along. Don't make our people that stupid. Just as easily as Chinese can learn to operate this thing so can our people. Stop belittling them claiming they're inept so you can hang on to their jobs a little longer. We want constitutional rights and liberties of Kenyan workers vehemently safeguarded by our government at all times and true Kenyan activists to keep an open and vigilante watch toward this goal.

Africans you always complain why don't you stay to your self and take care of business like the Chinese did.

Funga domo kama umesimba.And please don't blame Africans as if you have an answer to our problems.Niambie uko wapi ninje nikuchape viboko mbele ya bibi na watoto yako?You are baking the canning of grown ups but why can't they stay in China and do it there?When were you last canned by your employer?

"stay to ourselves,"?.... We are, AS IN, OUR OWN LAND! Perhaps these Chinese convicts should 'stay to themselves'...in CHINA.

Very eloquently written. Where is our Kenyan counterpart in all of this. Where's the Kenyan govt? Why aren't they standing up on behalf of these poor wananchi? If these politicians hadn't been so greedy and selfishly stuffing their pockets with renminbi, and putting the country up as collateral during negotiations to rebuild an existing railway plus the unnecessary gigantic stations, the country wouldn't be in such a huge debt. A debt with China. A debt so huge these Chinese probably now own much of the country. That's why they believe they can tell us to 'stay to yourlves' while we are right here in Kenya.

Kenyans you MUST reclaim your Autonomy from chiang kai shek. Nough said.

What did our government sign? Kenyans being caned? Chinese envoy working to colonise us in the name of SGR. Kenyans are not kids, these are family men in their own country. Chinese(keep) your culture in China, do not impose it on our people. Have only your Chinese people both work and ride. We do not need your services under these conditions. If our government does not have the power to protect its citizens, then the citizens should take the law into their own hands and demand the correct treatment in their own country. Canning and taking pride by displaying it, is a repeat of the white man's business Watch and read "Roots". Kenyans were canned when they spoke their own languages while being colonized. Take what you call "a little punishment" back to China. As for the eating areas, go back to your country where you will seat with your kind. We don't need you. You are not the measure of how good we are. Our standard is God, not any human being. It's time for Kenyans to prepare for the 2nd Mau Mau war. This time, let us prepare to use those spiritual powers before it's too late. Those who have them, be ready to activate them towards our government and towards foreigners. May the real God protect Kenya!!

What family men? Unatandikwa matako for a few shillings in your own country? I would respect a mofo who robs these chinkis to feed his family than the brain washed idiots getting spanked in the name of ni kazi tu.

this is a shame to Kenya and to all africans, grown men being subjected to this kind of humiliation is not only demeaning but criminal. try to whip chinese men in china and see what will happen, we have lost dignity and self respect and this is what follows.

Racism. Now the Chinese want to look down on black folk. Kenyans and segregate and carry the flag of hate. You all are racist just like the white racists.

Racism. Now the Chinese want to look down on black folk. Kenyans and segregate and carry the flag of hate. You all are racist just like the white racists.you think you are superior to black people.

Well, Kenyans have to start speaking the language the government understands. Vita. I know you will all disagree with me, but what do you do when you are being treated like this and the government gives a deaf ear and a blind eye.

I agree, this is total BS we should take matters in our own hands.

It’s really discouraging to see this kind of action being done well speaking Kenyans by those who don’t know even English. But don’t see this as a weakness of Ruto

OMG!!!! Is this for real Kenyans? Are these employees really being canned?
It is illegal to even cane school children as of TODAY.
Do we have authorities in Kenya who were sworn in to protect Kenyans not long time ago?
Uhuru and Ruto, can you guys speak out to Kenyans regarding this?
This is so absurd, inhuman, awful, humiliating belittling, name it; in the name of an SGR job. This is going too far, so stretched that it is unfathomable.
Kenyans, if our government is too busy stealing from us that they can't defend us, then we need to pull up, join hands and defend ourselves.
Never mind "chinese damn culture"..of canning our men? let's all say HELL NO people. Enough is enough. Kama ni joblessness, let it be...Let's get this done my dear Kenyans.Let's not watch this happen just because it's not me or you, but it's our men.NO NO NO!!!

Do these Chinese cane them by force or how do the do it?Why don't the workers violently resist by killing one of them(Chinese)?Time for a bloody revolution is now wheather kina NANIs are still in a deniel or not.I always feel sorry for such people who beleive that Kenya(ns) belong to thes thugs led by Uhuru,Raila,Kabogo,Kibaki,Moi etc.That they can never be punished,CAGED like Mubarak of killed like Gadaffi and their ill gotten blood wealth confiscated.Violence is the only answer.Start with canning homeguard Kiraithe who also okeyed the punishment.

Hell No! even without SGR we used to import and export our products. Wacheni hawa machaise wapate adabu if they bring bullshit to Kenya

There's a very very effective lesson for foreigners seeking to mistreat or discriminate against locals - have a few of them shot, story gets to CNN, there's a huge political hullaballoo and then all goes quiet. Things go back to normal, they forget their transgression, they do it again, this time more are shot and so on and so on until they either learn a lesson or get out. Simple!

Is it true?. Chinese mistreating Kenyan woke by canning?. Really!!. Please our government do something about it and bring those guys to justice

THATS A GOOD CULTURAL PRACTICE BY THE CHINESE..NOW WHAT WE NEED TO DO AS KENYANS IS TURN THE WHOLE PRACTICE ROUND WE GET TO DO THE BUTT WHOOPING..

wherever you see a Chinese, bully them, spit on their feet, push them around... treat them the way they treat our people at sgr..... until it stops... wakichapa tunachapa

Question one: why would any grown human with well developed brains accept such conditions? One has to learn to stand up for themselves. But we don't have self dignity or self value as Kenyans. We value white skin and money so much much that we are willing to act as public toilets. As long as we don't realise our worth we will always be looked down upon.

The high chinese influx in kenya is poisonous to our country,the discrimation is even worse. i have worked with them and i know how inhame they are towards africans. what is funny however is how our govt sits there and never addresses the plights of poor kenyans.

Mr president Uhuru.. you have failed kenyans in this. giving the chinese too much freedom and power in our own country. this is aweful