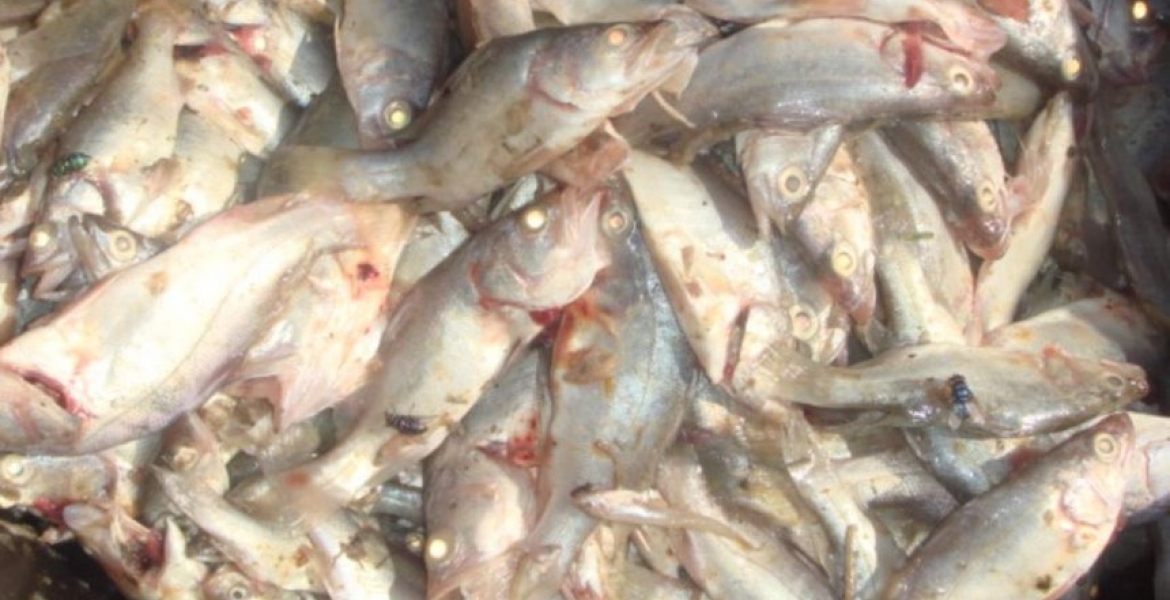 The government has shelved plans to ban the importation of Chinese fish into the Kenya.

Fisheries Development Principal Secretary Prof. Micheni Ntiba said the move to ban fish imports from China would only create a shortage in the market.

Ntiba indicated that the country will continue to allow fish imports from China for the next five years when local production is expected to hit 500,000 metric tons.

Increased consumption of fish in Kenya has created an annual deficit of about 350 metric tons, data by Fisheries Department indicate.

The Ministry of Agriculture said importation of fish from China might persist for the next couple of years until Kenya meets half a million metric tons target.

The government plans to scale up fish production in Homabay, Migori, Meru, Nyeri, Kisumu, and Kakamega in the first phase of an Sh14 billion project.

Kenya is also targeting to utilize the long coastline by investing in fishing vessels to exploit fishing in the Indian Ocean.

Due to the low supply of fish, the government was forced to lift a ban placed on Chinese fish imports early this year to ease escalating prices.

YET POOR TESTING OF THIS GARBAGE THEY ARE SENDING TO KENYA. THIS IS INDEED A MAFI YA KUKU GOVERNMENT. THE FISH IN MOMBASA AND KISUMU SHOULD BE ABLE TO FEED KENYA.

Kikuyus are economically sabotaging every corner of Kenya.

They are killing all the markets for local products and businesses.

This is why they were burnt by Kalenjins in Kiambaa church.

@aguest, due to political violence and instigations by Ruto and Raila, innocent children, women and men were burnt arrive by fellow Kenyans. It's extremely pathetic of you to take lightly such a serious and tragic chapter of our history. Please remember that Raila, Ruto and all the culprits who committed this heinous crime have never been held responsible and punished for their crimes against humanity.

What happened to all the fisheries that were constructed? HOPEFULLY it's not corruption again..revive the fisheries...We can't kill our industries just for some individuals to make a killing...from sugar, flour, rice etc..
Common now men!!!

And you are wonder why people are dying from cancer? Importing cancer from China in terms of fish.

How can it be profitable to import fish from China? Shipping + import duty should make such fish more expensive than local fish. There is something fishy here.

We can do without fish, my advice to Kenyan people is to boycott fish especially from China.