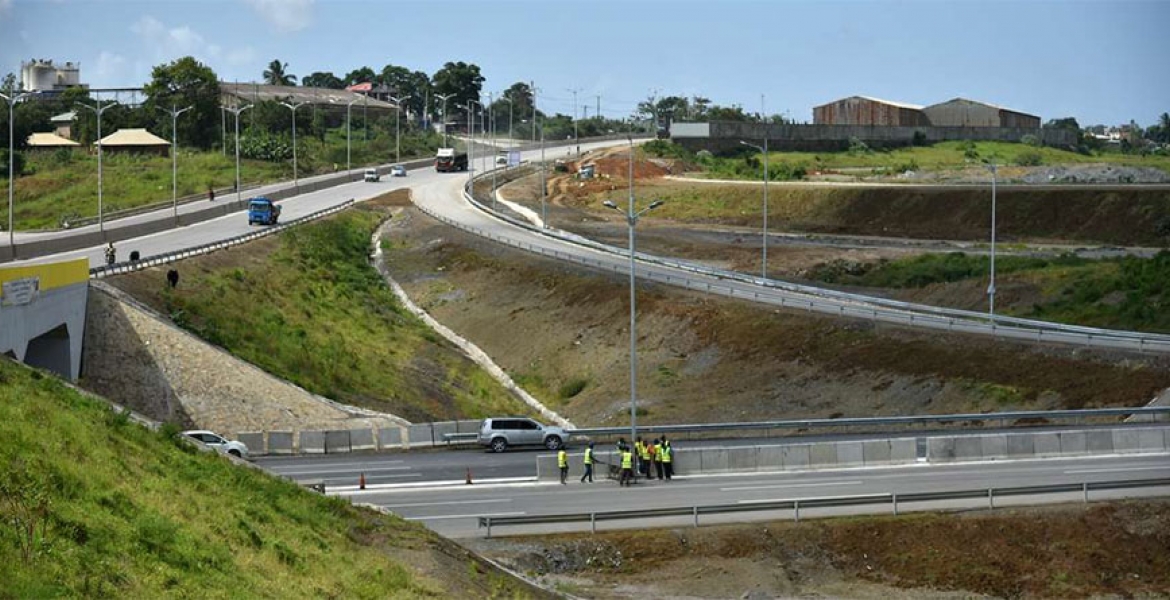 A new report compiled by the Kenya National Highways Authority (KeNHA) has named some of the most expensive roads in the country.

In the document, KeNHA lists Dongo Kundu Bypass in Mombasa as the most expensive road in the history of Kenya.

The highways agency says the the nine-kilometer stretch of the bypass between Mwache and Mteza cost the taxpayer a staggering Sh2.7 billion per kilometer having been constructed a total cost of Sh24 billion.

Engineers behind the infrastructure masterpiece say the high cost of the bypass was as a result of two major sea bridges running for 2.1 kilometers.

The revelation comes even as experts continue to raise questions over exaggerated cost of construction in the country. This year alone, the government has set aside a whooping Sh116 billion for construction of roads.

KeNHA says building roads in Mombasa is more costly compared to other parts of the country due to the challenging terrain that requires heavy reinforcement.

The report also shows the other two phases of the Mombasa bypass are among the most priciest road projects in the country.

“Road construction costs when stated on per kilometre basis vary widely due to various factors… Certain alignments require the construction of drainage structures such as bridges and box culverts that carry a significant cost,” says KeNHA in its report as quoted by Business Daily.

“Whether a road is situated in a rural or urban setting (also) has a major bearing on costs, with urban environments being significantly more costly.”

Nairobi's proposed Western Bypass is listed as the most expensive road project in the city and is expected to cost Sh965.9 per kilometer.

The road spans 17.6 kilometers from Ruaka to Gitaru and will have four lanes and service roads on each side and four interchanges.

Other factors contributing to high cost of building roads include land acquisition as well moving utilities such as electricity lines, water and oil pipelines and sewer lines. Putting flyovers and interchanges on roads also make their cost to shoot up.

Where is Engineer Raila to tackle some of these Corrupt Mambas?
https://www.google.com/url?sa=t&source=web&rct=j&url=https://www.the-st…

That road should be made of GOLD.

I hate to say so but in this case guest1 is right. I did the same a few months ago and came up with similar numbers.
Google is readily available even in gov offices. Uhuru and every body else in Kenya can get the same info.
Just rhetorically, how much longer are we going to tolerate this thieving. Also come to think of it, cost labor is one of the major component in any product in the US. Cost of labor in Kenya is a tenth of that. Go figure.
Anyway, we are reaping what we sawed in the 24 yr reign of Moi.
A famous saying then was, TUTAKULA GENYA TUWACHE BILA MLANGO.
After the current go around, you will find Kenya without windows or walls.

UhuRuto are Moi's Brain children. They are to blame even Worse than Moi.

Are the astronomical costs known before the project are undertaken? because it seems to come as a surprise. When everything is loaned including funding, engineering and expertise this comes as no surprise. When we have a big appetite for delicacies from far lands and become consumers of what we do not produce ourselves, then we pay with an arm and a leg.

According to a civil engineer I know, this report about the cost of Mombasa road is either incorrect or they have been conned.

That road should be cheaper than that.

The government is lying.

@Diana u mean yr fred engineer who has studied in usa college??Diana u hate kenya so much i wonder why?I hope umewaleta watu wote wenye huko usa u worship?For me i hope that cash wasn't stollen thou i drove there september n the road looks suburb with few tunnels?So Diana i forgot to tell u to buy yr grave hapo usa juu u love it so much ndio ukipass uzikwe tu huko n i wish u leave many years ndio unjionee kenya ikiendeleea

I hate impunity.
I hate Uhuru Kenyatta and his government of thieves and killers.

this is pure thuggery. where is cost -benefit analysis assessment? when will it back?

Gud Job @Diana so can u please then stop yapping about yr motherly Kenya n concentrate with yr group home or cna Job huko majuu!I think u can b busy helping the millions of drugs addicts in yr city/county,feeding n visiting homeless n helping the mashogas to come back to their senses.Its ok to talk negatives about yr country but i will remind u that ur kenyan n yr blood is kenyan n that's the reality so as u talk shit about yr lovely country please mention few positives coz its there.Otherwise go mum forever.