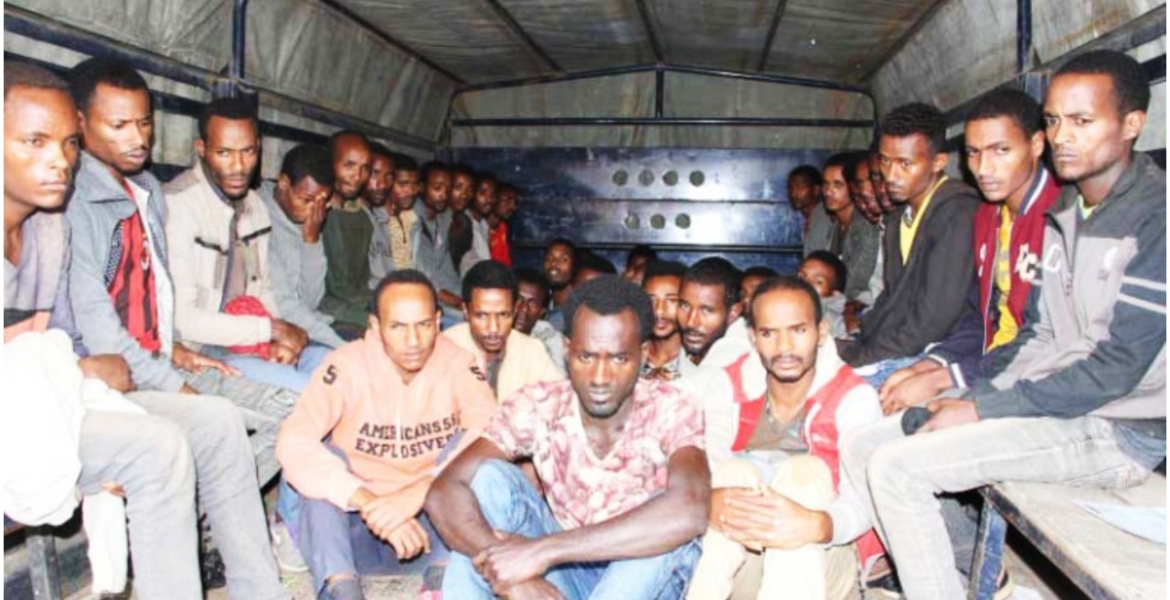 Detectives from the Directorate of Criminal Investigations (DCI) have arrested 91 Ethiopian nationals for being in the country illegally.

The 91 foreigners, including 55 adults and 44 juveniles, were found in a house within Milimani estate in Kitengela, Kajiado County on Sunday.

The arrest followed a crackdown on illegal immigrants believed to have been smuggled from neighboring countries.

Preliminary investigations revealed that the aliens were ferried to Kitengela aboard a trailer as the smugglers sought means to sneak them to another country.

Amid an influx of immigrants, detectives have launched investigations with the aim of paralyzing probable human trafficking activities and nab the perpetrators.

The arrested foreigners were booked in various police stations for interrogation and other legal procedures.

This comes at a time when Ethiopia is facing political instability occasioned by the fights between the government and the rebel group Tigray People's Liberation Front (TPLF).

The Kenyan government said it will help Ethiopia government.

Set the Ethiopians free. They are now Nairobians.

Nairobi/Kenya is a transit route, it is not their intended destination (they are heading to SA & Western countries). So, to be Nairobian is the last thing on their minds.

Ethiopian nationals have a chip over their shoulders. They think black is inferior so they like posing as other idk what. Let them go to those white @+*&* and hopefully they'll become that.

Kenya is a hub for all things illegal and corrupt!

Who is fooling who? Si, it’s the same corrupt traffic police & corrupt government officials who are taking huuuuge bribes! Heard it’s Kshs. 5 k per person to get into Kenya illegally & the ako with be shared through the rank of Kenya’s officers /cartels!

If there are Tigrayans in this group, God knows what they have been through. I move we grant them temporary stay on humanitarian grounds but then again how is the government going to vet refugees from a war-torn region?

Lady justice is blind. They need to change the law if it's unfair.

In Washington DC they hate to be associated with other negroes

In Washington DC they hate to be associated with other negroes

This is so true. I met Ethiopians over the years and they all have this attitude that they are not black and Kenyans are the inferior lot. They talk by comparing purporting how things and people are more beautiful and better in Ethiopia, and you wonder why are you in Kenya and not Djibouti, etc.? They should be kicked back to Ethiopia/Eritrea.🤮🤢