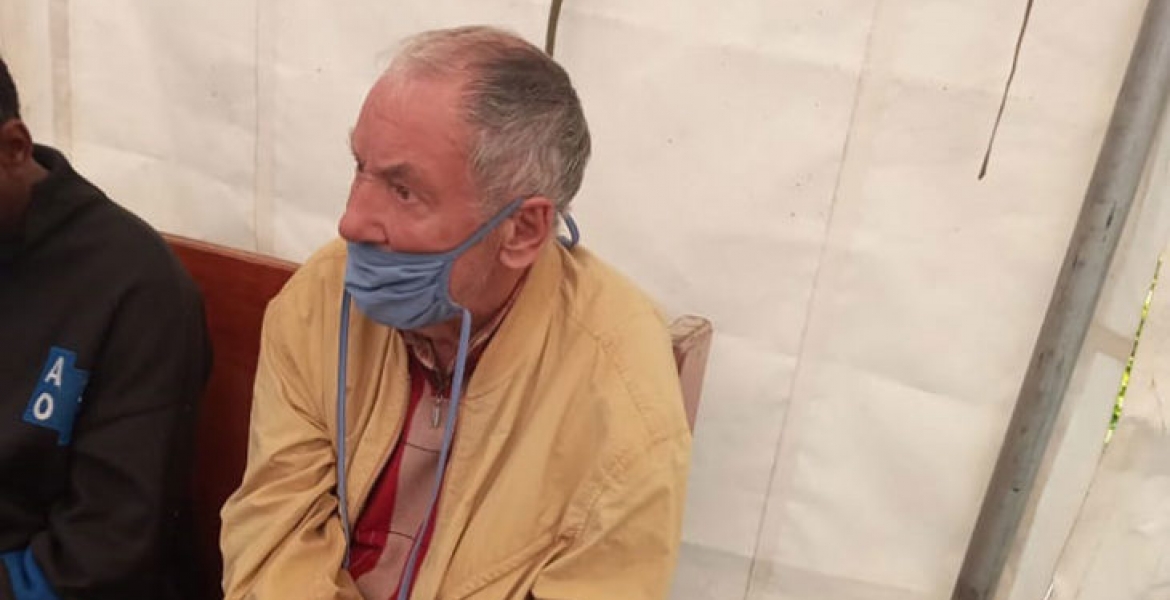 A German national accused of sodomizing at least 20 boys in Kenya was on Tuesday arraigned before a Nairobi court.

Thomas Scheller, a 71-year-old retired engineer, was charged with six counts among them dealing with child pornography, child trafficking and raping four boys.

The court heard that Scheller, who is in the country illegally, is a habitual pedophile who targets young boys.

The prosecution said the German had a pending case at Ukunda Police Station in Kwale County before escaping to Kisumu, where he lured young boys to his rented apartment in Nyalenda and exposed them to pornography before defiling them.

During his arrest, the accused was in the company of a boy suspected to have been a victim of child trafficking and defilement. After his arrest, the suspect led police to a lodge in Nairobi’s Ngara estate, where he allegedly stayed with the minor between April 30th and May 4th.

The prosecution said the suspect has sodomized at least 20 boys since he arrived in Kenya in 2018 from South Korea, where he was convicted and sentenced to five years from 2013 to 2018.

The court ordered Scheller, who denied the charges pressed against him, be remanded until June 19th when a pre-trial conference will be held.

When will Kenyans learn a mzungu in Africa flocking around kids and not adults is likely a pedophile? Perhaps some took their kids to him to see mzungu. Disgusting.Knowing the stupidity of some judges he probably will be jailed for two days and his pedophilia ways will continue unscathed.

I agree i dont understand why kenyans entrusts everybody even relatives with their children, teach kids i mean a 10 yrs old and over why would they be following a stranger white or black...lets teach our kinds their worthy wheither reach or poor..let them know they can achieve everything they want through hardwork n trusting in God.

That's why we still have cases of our young women getting married to this old white people cos of poor mentality n thid all they need is to fulfill their sexual feeling, they sondomise even women too whom they r married to.

Kenyans all over please respect yourself n lets raise our Standards...

The guy can't even wear a mask as he should yet there was an order last week to wear a mask to cover the nose and mouth. Not even the judge asked him to pull up his mask. He's spreading Corona too. smh

Do not remand him...Expel him out of Kenya. He will sodomize cellmates.

Is the government going to deport him to germany before he serve his sentence like they did with the Chinese who cained a Kenya. As if deportation is a punishment it just going back home

I share your sentiments Mary. They should serve their full sentences in Kenya before deportation. Remember those Chinese were begging to be deported after a week in Kenyan detention.
We should be smarter than that. If the foreigners know the worst that can happen is deportation, Kenya will become their playground.
Remember the large group of Chinese young people caught running an internet scam from the saburbs, whatever happened to them?

He should be in Kamiti 4 life where he'll enjoy he's sexcapades. People with no respect for black children need life sentences and confiscation of all assets to reimburse affected families. Mzungu hawana adabu!

This was a normal court appearance, and not a "Parade".