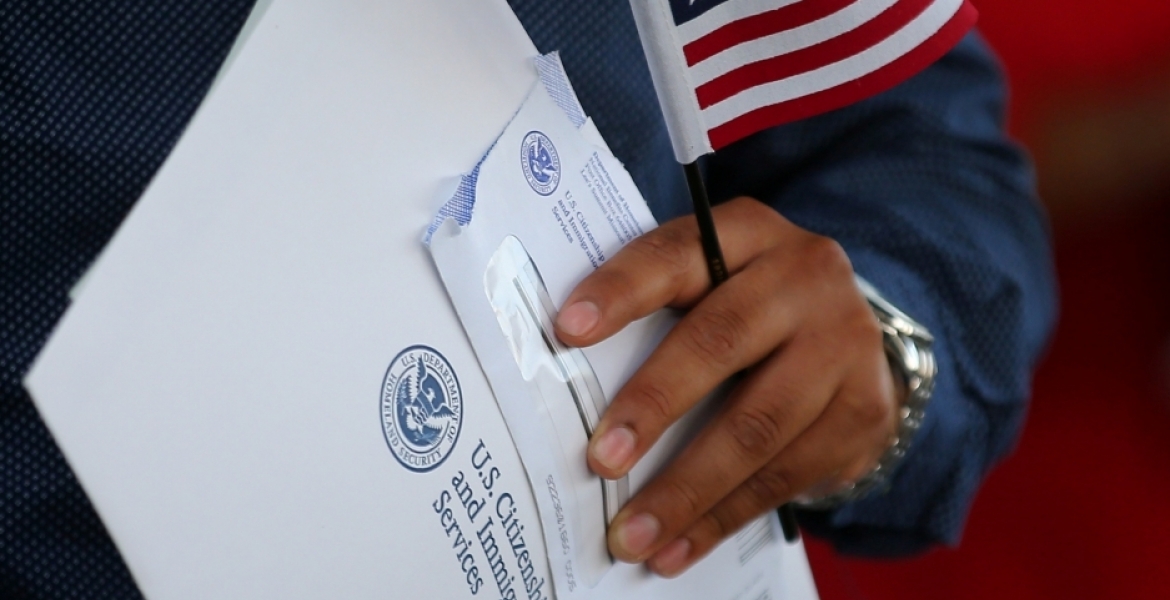 The US Department of Justice (DOJ) on Wednesday announced it has created a section within the department dedicated to investigating and litigating the revocation of citizenship to naturalized US citizens.

DOJ says the new Denaturalization Section will be responsible for bringing to justice “terrorists, war criminals, sex offenders, and other fraudsters who illegally obtained naturalization.”

“When a terrorist or sex offender becomes a U.S. citizen under false pretenses, it is an affront to our system—and it is especially offensive to those who fall victim to these criminals,” said Assistant Attorney General Jody Hunt.

“The Denaturalization Section will further the Department’s efforts to pursue those who unlawfully obtained citizenship status and ensure that they are held accountable for their fraudulent conduct,” added Hunt.

Denaturalization cases have no statue of limitations, and the DOJ says that such cases require the government to show that a defendant’s naturalization was “illegally procedure” or was ““procured by concealment of a material fact or by willful misrepresentation . . . .”.

The DOJ says it has in the past successfully denaturalized individuals who misrepresented facts in their naturalization applicants. This includes those who convicted of crimes such as war crimes, terrorism, child rape, and conspiracy to commit bank fraud.

In 2018, a Ghanaian-born man in North Carolina was stripped of his US citizenship for sexually abusing his minor stepdaughter repeatedly in 1999 and 2000, and lying during his naturalization application and interview that “he had never committed a crime or offense for which he was not arrested.”

Just say 'rape'....rape is rape whether 'child rape' or other.

@Just me generally the average person does not draw adistiction.However in legalise, sexual abuse is generally used when talking about minors...

Do you see that naturalized sex offender found guilty of statutory rape....marital rape or incest (which the Ghanian was guilty of), being let FREE because it's not 'child rape'? I don't think so. They are talking about sex offences and sex offenders....

Any country can make any laws and requirements for citizenship, or debaturalization of it.
My worry here is that the offenses mentioned here have no atatute of limitations, thus open to "which hunting".

Settled Nomad :I hope you haven't involved yourself in crooked activities otherwise you will not be settled anymore. You will be a Nomad on the move.

so if you were born here you are entitled to some crimes...

@mini it's like animal farm. Some animals are more equal than others. And if it makes anyone feel better, from 1906 to the 1970s about 145000 native born and naturalized were denaturalized. Since then, you can only lose your citizenship if it was acquired through some material fraud or misrepresentation. If the above applies, better take deportee Halisi's advice and get plan B(not the pill)

They only give examples with Black people...sick and tired!

By the time they decide to open such an office, they have seen the data base of those "naturalized" has enough work to clean up. Plus... "no statutory limits" wooooo.

This department is meant for people originally from shithole countries aka black people. They are trying to stop USA from becoming majority black/brown. If the country becomes predominantly black, the politics of who becomes president would change. They don't want that.

@Guest 2 actually black people make up a miniscule percentage of the total. It's just selective reporting.

That ship has sailed. As of 2014 the percentage of white public school enrollees was 49.7% out of 50 million. unfortunately the teachers are 84% white which leads to a disparity in treatment of discipline issues, with white kids getting wrist slaps for the same infraction while others get suspended or expelled. America is built on white supremacy. The exact same behavior begets different police and judicial responses, identical credentials beget different job tracks (wages, raises and promotions). And if you mention their racist behavior or attitudes whites get defensive and talk about racist bones as if bones are engaged in thinking. The only time drugs become a problem is when they affect whites- see opioid and meth addiction, the only disappearances worth mentioning are of white people and if it's a white woman omg!!! Visit Kenya for a respite from this bs.

Weee, mundumugo, stop the rant! Get enough Benjamins and come Jamuhuri with it. Don't visit mkono mtupu while getting away from the BS.

I visit, I invest and I spend. I visit 1x or 2x a year. The only profiling I get is of the huyu jamaa ametoka diaspora let's see if we can milk him type. I'm not followed around stores for my blackness. My retirement plans do include the 254 at which point my handle will be nusu diasporan. Sorry about the rant, mtu mweupe alinikasirisha kidogo.