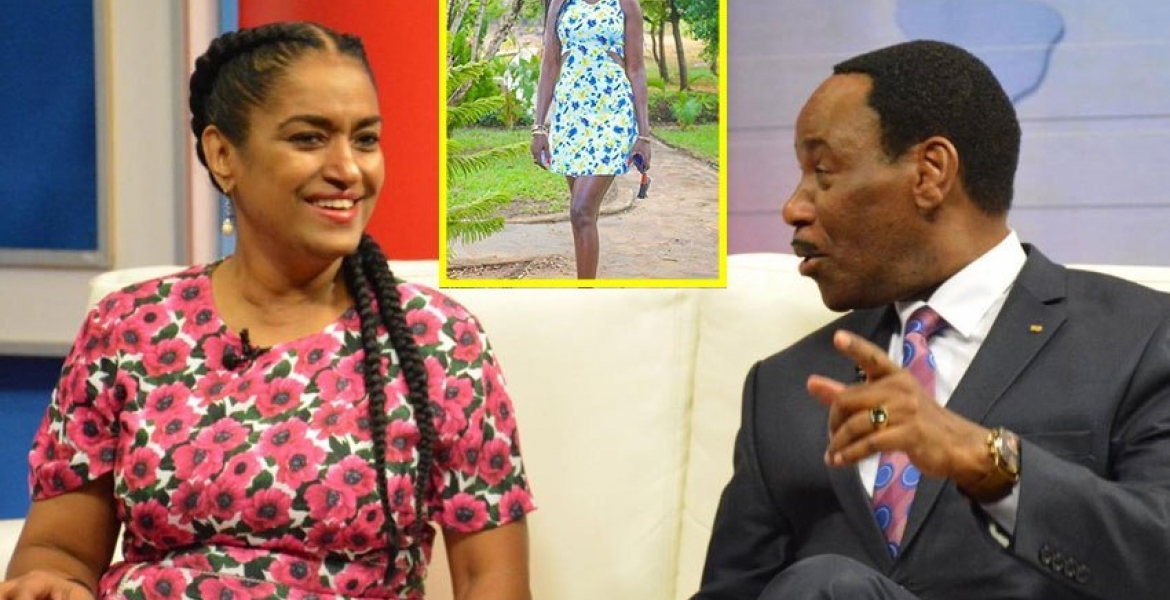 Earlier this week, Mutua attacked Akothee over her "filthy and stupid stunts" during a performance in Watamu, Malindi County last weekend.

“Kenya has got talent but as long as we keep celebrating this kind of madness, our entertainment industry will never grow. Akothee is talented but the filthy and stupid stunts she has to pull to remain relevant should concern all of us. What’s worse is to see grown-up men and women celebrating this scatological obscenity in the name of entertainment,” Mutua said in a post.

However, Ms. Passaris has told off Mutua saying that there's no law that prohibits Akothee from doing what she did on stage.

“There is no law that stops what Akothee did in Watamu, or anyone else, I grew up in Mombasa where chakacha was normal. We are talking about entertainment… people paid to go.”

“Sexuality is beautiful, when he put them at the garden of Eden, he didn’t clothe them, he put them there naked. I feel that there is an element of control, this is a patriarchal society, men want to control women,” Ms. Passaris noted.

The politician says Mutua, who is popularly known as the Kenyan 'moral police', must apologize to the musician for insulting her.

“You owe Akothee an apology because you insulted her and called her demonic,” said Passaris.

Mutua has stood his ground and has refused to apologize to the "Oyoyo" hitmaker.

“It’s not about controlling what or killing creativity it’s about societies setting a moral threshold on how they want to behave. To that extent we have no apologies whatsoever, Esther can say what she wants, Akothee can say what she wants but as long as it’s in public performance..that kind of nonsense is a stage play," Mutua asserted.

“It’s cheap, immoral and demeaning for a grown woman to expose her private parts in public or gyrate for men in the name of entertainment. How sad that even our national leaders think it’s funny."

Akothee has since hit back at Mutua, stating that she's no one's role model.

“When I was broke I was nobody’s role model, now that I am rich and famous, you want to ride on my money and fame…take responsibility for your own children, take their phone and unfollow me, I am ratchet, period, what happened to your church pastors , aunties sisters and grandmothers , No one is paying me for role model position and no one pays me for manners…” Akothee noted.

Why am I not surprised?

Decency cannot be legislated and it’s upto an individual to cultivate good morals. Many women out there resort to showing off their butts, thighs, private parts because of low self esteem - they need something to boost their flagging confidence in life and sexual exhibitionism comes in handy coz it’s cheap and easily draws the men. This is cheap, to say the least and that’s why confident & intelligent women who carry themselves in dignity cannot do it. But the biggest problem is that it completely takes away respect from them while at the same time buttressing the unfortunate perception of women as mere sexual objects. It is incredibly impossible for me and many men (and women) out there to seriously take or respect a scantily clad woman or one going out of her way to show what “God gave her” This may come out as mean or even selfish but few will such women as much coz they are “enjoying” the show. Respectable men and women don’t have to say it but they keep it to themselves. But, hey, whoever wants to wear like a slut can do it; we live in free society, right?

@ Mlachake you have spoken like a REAL MAN This resonates with what Obama said the other day to REAL MEN, "‘If you are very confident about your sexuality, you don’t have to have eight women around you twerking.I’ve got one woman who I’m very happy with. And she’s a strong woman.". I respect you for respecting women.

I would take whatever Pasaris says with a pinch of salt. I lost all respect for her when she admitted to doing a married man sometime back. Some things don't need to be told even if you are doing them. So I will not be taking any moral lessons from her. I think Akothee is actually getting more than she bargained for. All this publicity is giving her maximum exposure! And on that note, I rest my case on all things Akothee and those looking for cheap publicity (wink..yes you!). @Maxiley, have you throttled Imara? He is so quiet, kwani?