Nigerian Man Arrested for Trying to Sell Himself for $48,000 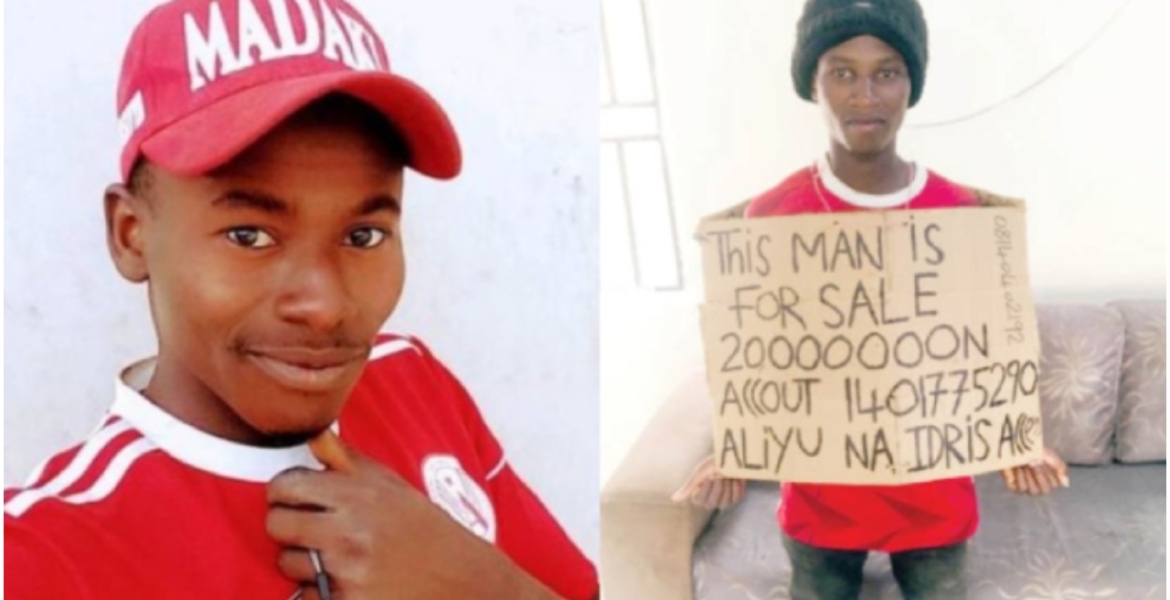 Islamic police in Nigeria have arrested a 26-year-old man who tried to sell himself to escape “unbearable poverty.”

Aliyu Idris, a tailor, was arrested in Kano after a photo showing him carrying a sign in which he said he wanted to sell himself for N20 million ($48,000) went viral this week.

“What he did is forbidden in Islam. You can’t try to sell yourself no matter your condition,” he told BBC.

Kano, a region in northern Nigeria, is one of a dozen Muslim-majority Nigerian states where Sharia law is applied alongside Nigerian law.

Idris reportedly left his village and moved to Kano State in search of greener pastures but he could not secure a job, prompting the desperate move.

He wanted to give half the money to his parents and two million Naira to the person who would help him find his buyer. He also promised to be a “loyal servant” to whoever bought him.

Islamic police spokesperson said no charges have been filed against him.

Nigeria is a demonic country. Everythng Nigerian has demons link to it and no wonder you see this kind of behavior. I am starting to believe in what a certain Kenyan doctor claim to be a link between them and an extinct homonid because the behavior of this people is uncharecteristically inhuman

How many Nigerians does @Yusuf an Al Shabaab member know?When was the last time Yusuf tried to reach Demon but was told he is too busy with all Nigerians?Why generalize?Which job offer from Yusuf did Idris decline?

I take this as ajoke.But let's pretend that he is serious,and he gets abuyer -Cavear emptor. What would be stipulated in the contract? What is he offering? will the "owner" get a carte blance to do anything that satisfies the whims of his capricious boss? Like mmmmm... bend over loyal servant...you get my drift.Well at least he is not engaging is cyber crimes that his country men are notorious for.Did one get caught yesterday trying to flee Kenya,after an attempt to swindle some company...?

All those zeros. You mean Nigerian money is as worthless as Zimbabwe money?