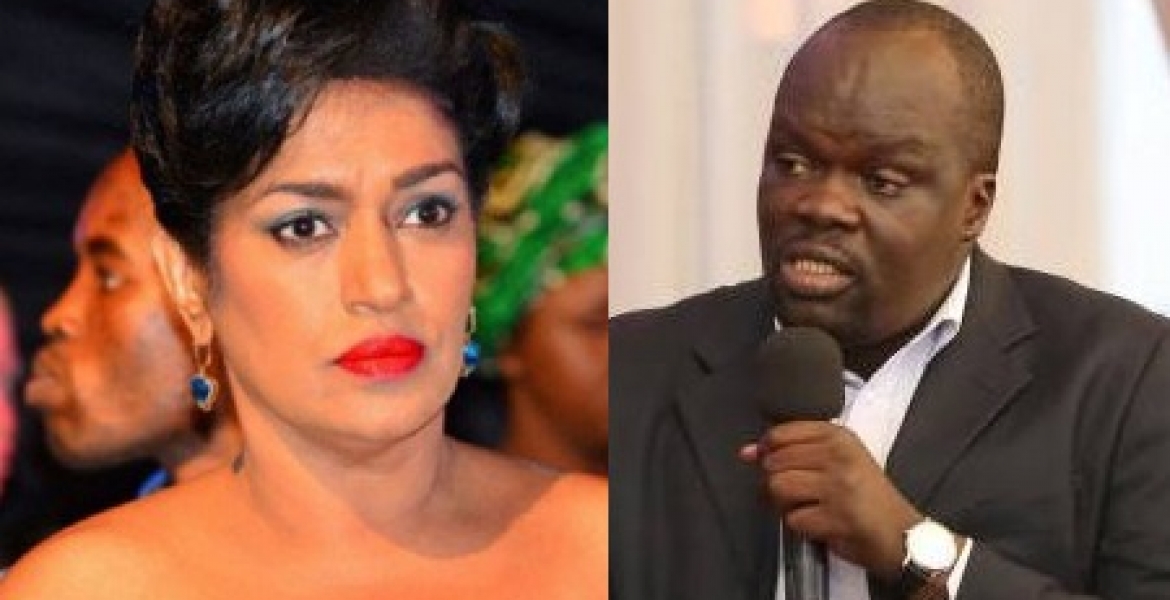 Passaris took issue with Alai’s recent post on Twitter where he accused her of being promiscuous and turning a blind eye to land grabbing in the city.

“MP and MCA basically doing nothing. Esther Passaris looking for those she can bed,” Alai tweeted.

Alai’s tweet did not rest well with Passaris who has vowed to teach him a lesson for continuously publishing derogatory posts about her.
“I have instructed my lawyers. #RobertALiar will have his 'days of doom' sooner rather than later. This I will pursue,” vowed Passaris.

She added: “It is honestly pathetic that over the years he derives relevancy by attempting to demean my being and my stature to whats between my legs. #respectwomen.”

"No matter how your tempers may be hot, they can't boil cassava"~ Nigerian proverb.
Robert Alai is a fat pig that earns a living from handouts

I think that claim meets the standard of libel,in that he is making aclaim that is not true,and is intended to harm Esther Passaris.That is unless he has irrefutable evident of that he is claiming.
These law are there to protect the public.How would he feel if someone made same claim about his wife?

Alai must abstain from demeaning Ms. Passaris. I don't know her nor met her in person but to my opinion Alai must stop this kind of nonsense. Respect other women as you would possibly like others to respect your mother, sister(s) or your wife if at all you have any that stands you. Be civilized
Mr. Alai this is the year 2019 not 1965.

Alai's comment on Passari is sexual abuse.It only shows how he Alai and the likes in Kenya treat women.One wonders whether Alai treats his wife with dignity and respect that is if he has one for that matter. I think in my opinion Kenyan men should be civil and begin to treat their women with dignity and respect they deserve. And that begins with their wives and daughters.