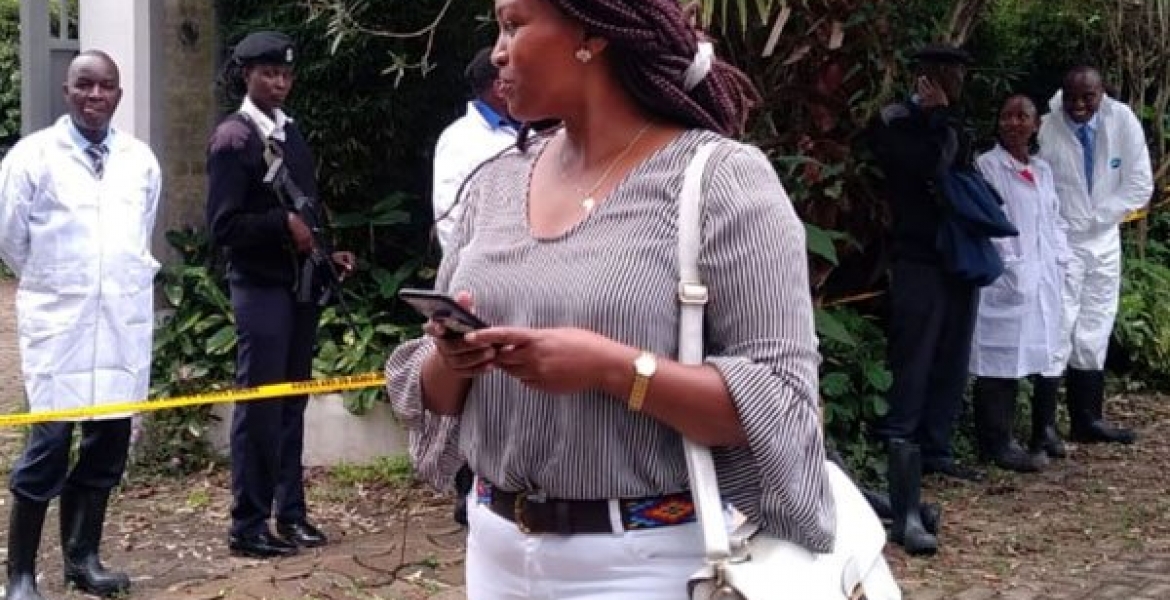 Sarah, who is charged with the murder of her Dutch husband Tob Cohen was escorted to the palatial residence by detectives from the Directorate of Criminal Investigations (DCI).

Also present were lawyers Cliff Ombeta and Danstan Omari who are representing the deceased’s family in the case and Philip Murgor, Sarah’s attorney.

DCI officers videotaped all of Sarah’s movements in the house to ensure she followed the conditions given by the court. On January 16th, a Nairobi court granted Sarah access to the home but under strict supervision.

The court only allowed the accused person to pick her clothes, shoes, handbags, and grooming tools. The court also directed that she should collect the items only from the rooms she occupied prior to her arrest.

In an application filed in October last year, Sarah pleaded with the court to grant her access to the house, arguing that she was spending a lot of money buying new clothes.

... Cliff Ombeta, the same Lawyer who represented the Akasha Brothers??

Yes, and the same one representing gentleman Ongili alias Babu who is now shooting DJs with his new found toy and the same Ombeta who is yet to appear at southern district of MY.

Lawyers have a duty to represent everyone even the guilty, they can help negotiate a favorable sentence, a plea deal etc, you cannot really fault the lawyers.The judges on the other hand is a whole different story, this thug should be in prison for attempted murder, what a bad example

Look at her glaring at the cops .Another one who deserves to be in prison but is out flaunting their ill gotten wealth.The Kenyan justice system is just a joke.Murderers rapists con artists are walking free while chicken thieves rot in jail.Is this the so called legacy Uhuru keeps talking about and Maraga is busy complaining about his Mercedes Benz. If you are regular folk do not commit a crime the law only exists to protect the rich.

@guest - this is one of the most articulate message you have written. Monied criminals are walking the streets while those of the lower class get jailed for petty theft.

There are a lot of women lotting in jail still waiting for judgment after they killed their significant other.

This killer is still hitting the streets and even going to pick her junk!

And where is the “beef” in Kenya’s judiciary system? Are some criminals more equal/important than others as seen by judges!