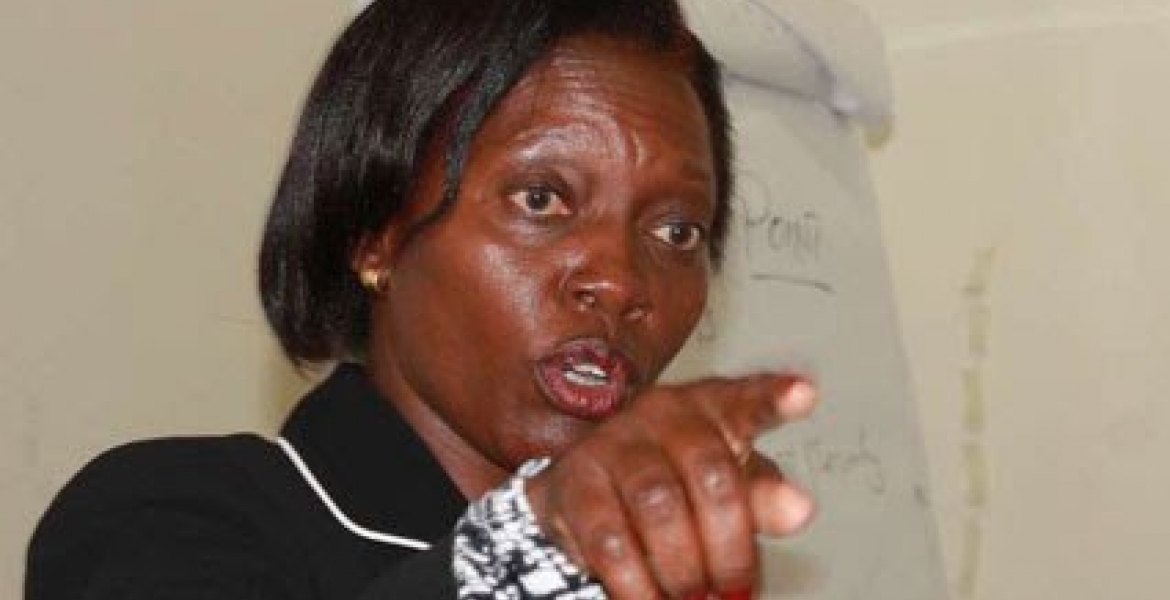 Nack-Kenya leader Martha Karua has now asked President Kenyatta to apologize to Kenyans who suffered in the hands of police officers during last year's elections.

Speaking during an interview with KTN News, the former Kirinyaga gubernatorial aspirant said that the president owes an apology to the victims of police brutality.

An unknown number of Kenyans including minors lost their lives during clash between opposition supporters and police in different parts of the country, while several others were left with injuries.

Karua further urged the President to implement the Truth, Justice, and Reconciliation Commission (TJRC) report, noting that it is the only way to achieve cohesion in the country.

"If I recall, the President set aside Sh10 Billion for reparations. Can we now see that money starting to work," asked Karua.

The lawyer further said that President Kenyatta must firmly deal with corruption, land grabbing and uniting Kenyans if he is to leave behind a legacy when his term ends in 2022.

Martha, shut up and go back to practicing law. Politics is no longer for you.

Raila needs to apologize to the said victims and to law enforcement for exposing their lives for selfish ends. Kenyatta ought to clean government, regarding corruption, poor services, efficiency and effectiveness. Karua is a sound voice of reason that should be applied fairly, even against NRM rebels.

She is a voice of reason...I wish UK can utilize her skills somewhere...but what do I know?

@sokora have you been sneered at by Martha Karua?

@sokora have you ever been sneered at by Martha Karua?

As a Lawyer, Karua should know how chain of command operates within government. As I said elsewhere, Uhuru must be one exhausted man if he commands each and everything! Karua has exhausted her relevance, so she is just looking for someone to come for her so she can sue for damages...one such person comes to mind...Ku...rrr...

There seem to be a parallel universe being created by those who lose these days. To remain relevant, rationalize your loses by shadowboxing the highest office in the land-what a cliche!

Martha Karua: Why don't you ask Uhuru to resign for all the massacres that he did to the people of Kenya in 2007-2008.

During the last fake elections, he ordered his robots (police men) to kill over 200 people. He must face trial for his senseless killings.

Why are the people of Kenya afraid of Uhuru? He should be arrested and tried internally for committing crimes against humanity twice. Other people who are responsible for shedding the blood of Kenyans and are still leading their normal lives as if nothing happened are Raila, Ruto, and Toroitich.

We all know what happened in Kiambaa church in Eldoret. Why hasn't Ruto been arrested for roasting innocent Kenyans while hiding in church?

Martha is right when she urges Muuaji Uhuru, " to implement the Truth, Justice, and Reconciliation Commission (TJRC) report, noting that it is the only way to achieve cohesion in the country."

In conclusion, I would like to quote these famous words about truth:

" Truth is like surgery. It hurts but cures. A lie is like a pain killer. It gives instant relief but has side effects forever." Anonymous.

Kenya is a nation living in lies.