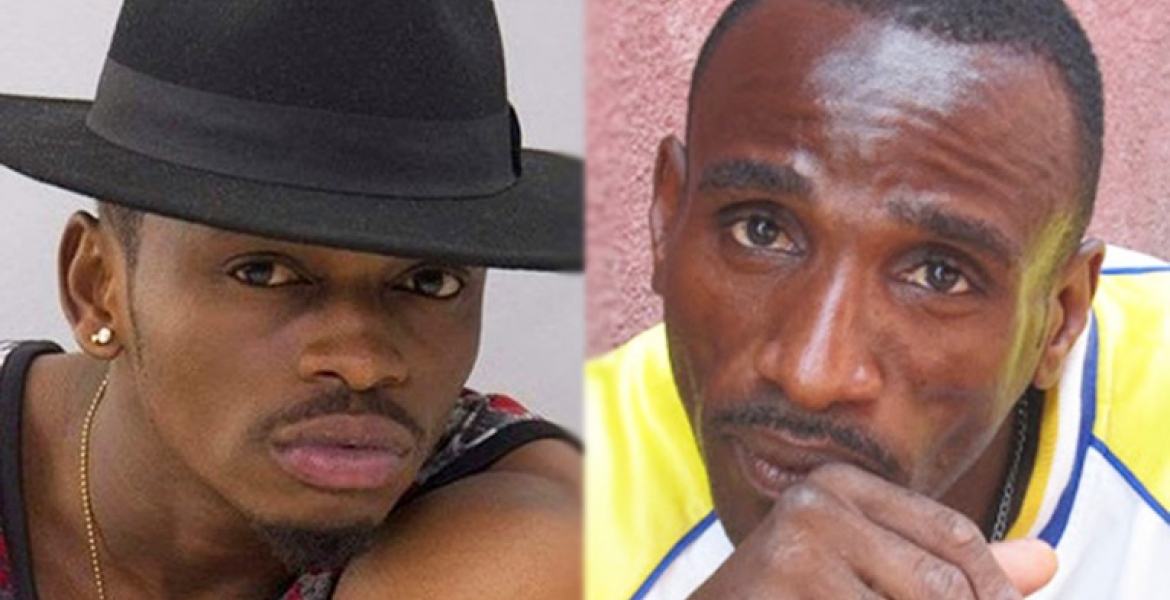 Bedridden Juma says he has a serious knee problem that has made it difficult for him to walk, spending most his time lying in his lonely house.

“My health is not good and I’m sickly. At the moment, my knee is aching too much. I cannot walk a long distance. As you can see, I’m in great pain and sometimes I cannot get off my bed,” he says.

The 52-year-old says the illness can't allow him to continue with his hawking business and has pleaded with the award-winning singer to get him a medical cover.

“I should have a small stall for my business so that I do not have to hawk stuff around. If had a car, it would be easy attending to customers’ need. Unfortunately, I am not able to get one. Maybe a health insurance cover could help for now,” he appeals.

Juma abandoned Diamond and his mother when he was still young and attempts to win back his family have been futile.

Hahahaha, Mwisilamu Thahabu Quran inasema lazima amsamehe baba yako hata kama alikutoroka ukiwa mdogo. If you ask me I would say, let him suffer in silence for he knew not you were diamond then and a diamond now.

Mzee, you reap what you sow. You abandoned your son when he was young that is what you are reaping. You are a sperm donor not a father. Kuzaa si kazi kazi ni kumlea mtoto

Mama tu ndiye anyeweza kutatua hili. If mama tomorrow said Diamond saidia babako, that will be the end of this man's basic necessities.
If Diamond is giving to others, to strangers and to charity why not his father?
If Diamond has forgiven other people who wrong him from time to time, why not his father.
Mama tatua hili, mwondolee Nasibu lawama ya ubinafsi na ukatili kwa babake. Hii dunia mviringo, pesa huisha in ones lifetime lakini good and bad deeds hazifutiki.
Come to think of it, how many wealthy and rich men and women of the world have committed fortunes to trace their biological parents? Wewe you know where your father is and you subject him to humilation-laana kabisa. Even as family units keep changing, do not get in between your parents fights-you will be toying with a curse.

The above is an example of how women are busy raising Mamas boys who are incapable of thinking independently as grown ass men. You assume Diamond has absolutely NO right to be resentful of what his father did and more so you assume it is not a big deal. Just like how he forgives his homies is how he should forgive his father. Life does not play out like that. To all the single mothers who think a father role is unnecessary, think again.

But Diamond is synonymous with abandoning those close to him in dire need of help. Hadi akumbushwe au asukumwe. Forget the fact that he is widely accused of stealing from the lady he started singing with- commonly known as "Hawa wa nitarejea". It's widely kniwn by East Africans that Diamond stole her Nyota. She is the one who propelled him into fame. He got her pregnant and abandoned her and threatened her to Never disclose their relationship or the baby. Watanzania and Other East Africans rallied behind her and asked Diamond to help. Last minute Diamond akajitokeza. But ni lazima asukumwe jamani? How many children has diamond sired that he's abandoned? They say, "To whom much is given, much is expected." Ukiwa na mingi, angalia wenzako. It doesn't matter what your parents did to you, as long as you share their DNA, TENDA WEMA, NENDA ZAKO!