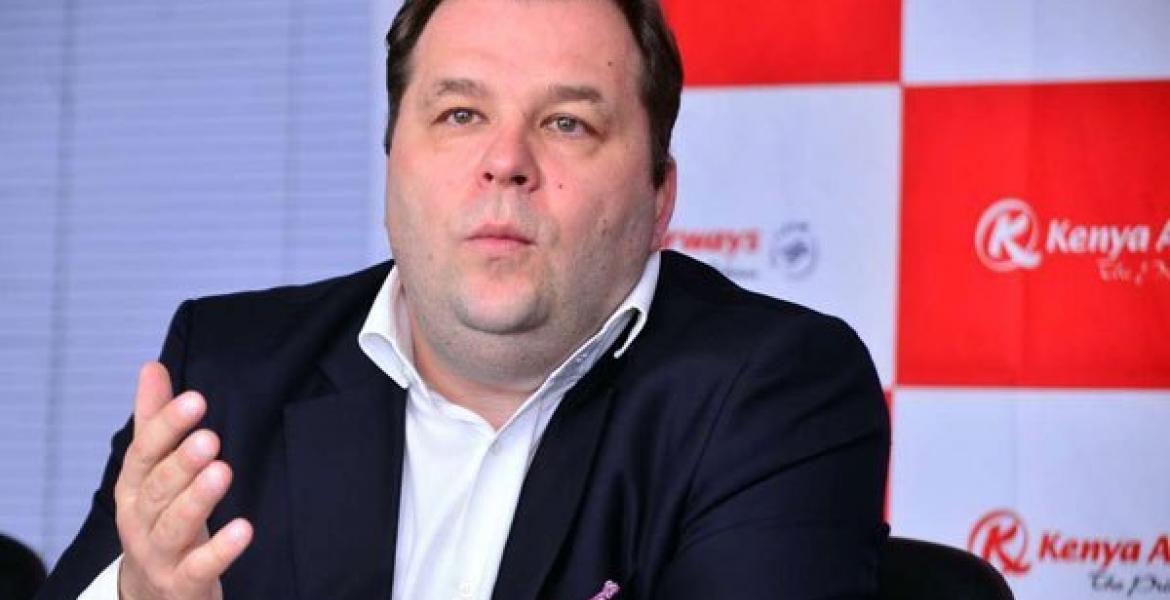 Kenya Airways CEO Sebastian Mikosz is set to step down from his position at the end of this year.

In an internal memo to the national carrier's staff, Mikosz, who was appointed to the position in June 2017, cited "personal grounds" as the reason for his resignation.

"It is my personal decision and I have obviously discussed it with the board as well as my family," he said.

Mikosz will leave the airline on December 31st, five months before the end of his current contract.

In a staff memo, KQ Chairman Michael Joseph applauded Mikosz for the changes he spearheaded during his stay.

"He has been the driving force behind the launch of the New York flights, new catering, and uniforms (to be launched), a greater emphasis on accurate and timely information, new destinations and a proposed fleet renewal program, amongst many other initiatives,” said Joseph.

Mikosz said the company is on the right path having reduced its losses from Sh25 billion in 2014 to Sh7.6 million in 2018.

"I am convinced that KQ is on a good path for a full recovery," Mikosz noted.

Where did he take KQ? Useless. He should return the huge salary he has been earning, at least for the last 2 years. Bure kabisa!

Kenyans are unique spices that has to be managed by one of their own corrupted leaders to hang on a lucrative post for longer than normal.
Don't let the door hit your grease back!...but surely we need you sooner! cause historically we're good for nothing in the long terms as little is get done with time.

@justme true aende zake thou wr the blacks worships the whites more than anything else.From jesus to pope n to the western nations which is managed by the whites.Ooohh we love them n wr so brainwashed by them.Bure kabisa .Am happy am not one of them!

He could have gone like yesterday. Bure kabisa. They brought him to make loss and loss after loss.

shs 7.6 million or 7.6b. anything at a negative in a business deserves no congratulatory remarks.

Now that Mikosz, a non Kenyan, is retiring after presiding over losses at KQ, I agree with the Government that it is time for a Kenyan to take over. Interestingly, Bob Colymore, a Guyana born Kenyan Citizen, will soon be jobless after his contract ends with Safaricom. I suggest that KQ shareholders should hire Colymore to run struggling Airline. Bad decisions have been made, but we should learn from them, not let them bring us down.