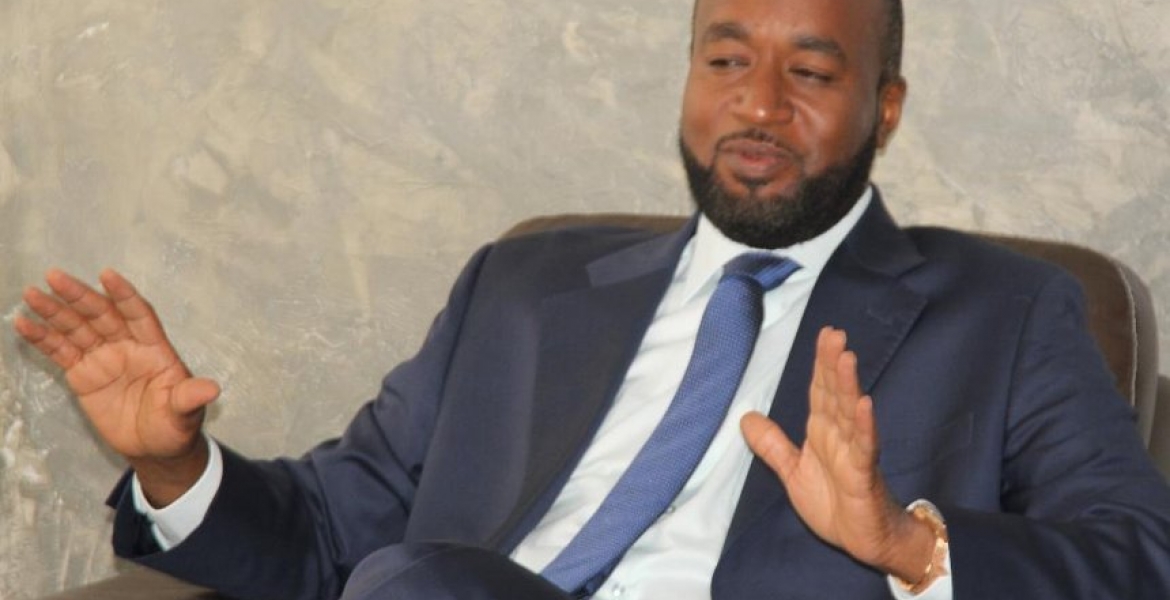 Mombasa Governor Ali Hassan Joho has been barred from withdrawing any funds from his accounts at Stanbic bank. Justice Hedwing Ongudi of the Kenya High Court ordered Joho not to withdraw any funds from the accounts until the Kenya Revenue Authority (KRA) completes an audit on his taxes.

KRA accuses Joho of failing to file tax returns for 2014 and 2015. KRA, through its lawyer Sylvester Okello, also says Joho filed tax returns for 2008, 2009, 2011, 2012, and 2013 but declared zero income in each of those years. “Despite declaring nil tax returns the governor is the registered owner of two high end motor vehicles, a Rolls Royce and Porsche Cayenne,” said Okello in behalf of KRA.

The lawyer says it is highly unlikely that Joho did not receive any income for the years in question, and therefore wants Joho’s accounts frozen in case KRA needs to collect unpaid taxes if it found that he [Joho] did indeed have income that was not reported. “If the funds in the accounts of the respondent are not preserved then it’s likely that he may frustrate the recovery of the tax,” said the Okello.

The court was told that while there no other known assets in his name that can be used to recover any unpaid taxes, Joho has interest in several companies.

In a separate case, Joho is also accused of forging a KCSE result slip to gain admission into university (READ: Joho Likely to be Charged with Forging KCSE Result Slip, Says Investigator).

If Joho really has been holding a forged KCSE certificate, then he must be the most stupid politician in Kenya. Folks who do those kind of stuff do not fight the government. I rarely go along with Uhuru, but he got Joho by the balls right now.

What Uhuru is doing to Joho is indeed abuse of power. Let him (Uhuru) show the people of Kenya is college transcript.
Uhuru and Ruto are beneficiaries of the struggle achieved by our holy fighters of Kenyan Second Liberation. Had every Kenyan remained silent as they did, Toroitich Kipkorios Arap Moi would still be in power like the 93 year old Comrade Mugabe of Zimbabwe. Guess what, Mugabe at the age of 94 years next year will be running again for the presidency of Zimbabwe.

Uhuru, since you are harvesting where uou never sowed any seed in the past, I ask to act as a statesman and leave Joho alone. Why, over 1,000 people were killed after the election of 2007, and you have not arrested and demanded immediate prosecution of all the people involved. The blood of the many innocent people killed will haunt the Jubilee people in power for their lack of arresting anyone involved in this holocaust.

Please leave Joho alone. As a matter of fact, we need more Joho's in Kenya to tame the corruption that you have failed to tame. By the way, why do you want to run again after having failed miserably to tame corruption in Kenya?

If Joho had his KCSE Certificate forged, then he broke the law and people who break laws are criminals. I don't support Uhuru or Jubelee at all, but let's not apply double standards when it comes to corruption. If Joho is holding a fake certificate, then he is corrupt. By the way, what did he expect after attacking Uhuru and co? Uhuru has to fight him back with whatever dirt he has on Joho. That is what politicians do.