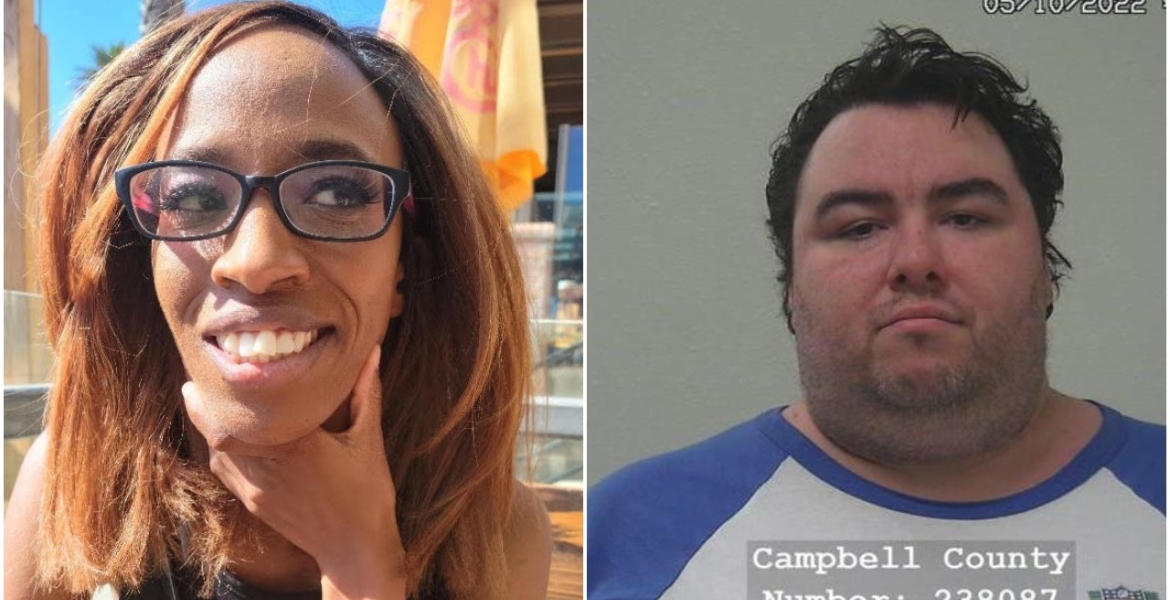 An American man linked to the mysterious disappearance of his Kenyan-born girlfriend was last week arrested in Gillette, Wyoming.

Nathan Hightman, 38, is considered a “person of interest” in the disappearance of 32-year-old Irene Gakwa, who was reported missing on March 20th this year.

As reported by Oil City News, Hightman was arrested by officers from the Gillette Police Department on May 11th for multiple felonies, one for unlawfully using Gakwa’s credit card and two for crimes against her intellectual property since her disappearance.

County 17 news reported that Hightman was charged with theft, credit card fraud, and crimes against intellectual property for allegedly using her credit, banking, and email information without permission.

He reportedly told police in March that he had not seen nor heard from her since she announced that she was leaving Gillette and boarded a dark-colored SUV, according to an affidavit of probable cause filed in the case. The suspect said he accessed Irene’s bank account and withdrew the money to force her to contact him when she needed money.

Investigators executed a series of search warrants for Irene’s bank account, which showed that Hightman transferred a total $3,666.46 from her account in eight transactions and also changed her banking password.

Another search warrant executed on Irene’s email account showed the account password had been changed from a device with an IP address that detectives traced back to Hightman, per the affidavit.

The affidavit also stated that a warrant for one of her credit cards showed several charges totaling over $600, one of which occurred at Walmart for a shovel, a pair of boots, and a pair of pants that Hightman was seen carrying in a surveillance video of the transaction. The boots and shovel were later located at Hightman’s residence,

Hightman made his initial appearance in Circuit Court on Wednesday where Judge Paul S. Phillips set his bond at $10,000 and scheduled a preliminary hearing for May 19th.

Investigators believe Irene, who has last seen on February 24th when she had a video call with her parents who live in Kenya, was taken to a rural area, mine site, or oil and gas location in a passenger vehicle or crossover SUV between February 24th and March 20th.

Detectives are asking the public for information concerning a gray or silver Subaru Crosstrek with Idaho license plates that may have been trespassing or appearing out of place in rural Converse County between those dates. They are also seeking information about a possible 55-gallon metal drum that may have been burned or abandoned in the county.

Anyone with information related to Irene’s disappearance is asked to contact the Gillette Police Department at (307) 682-5155. She is described as a Black woman who is 5-feet, 1inch tall, and weighing about 100 pounds.

Gakwa’s elder brother Kennedy Wainaina, who works as a pharmacist in Boise, Idaho, said Irene studied and worked in Idaho before meeting her boyfriend on an online dating website.

The two lived together in Idaho for about one and one-half years before the boyfriend suggested they move to Gillette in July last year and she agreed. Irene has lived in the US since 2019 and was a nursing student.

It’s sad but I don’t think this girl will be found alive. This evil man probably killed this Kenyan girl and buried her somewhere ( given he bought a shovel and other stuff ).

Just starve this fat ass and he’ll talk within 12 hours.

I hate to say it but that double chinned cracker probably killed her and disposed of the body. Idaho and Wyoming are 2 states not known for their liberal attitudes when it comes to non white people. Can a Kenyan woman please tell me what one would see in what chubby inbred basement dweller.

Hhahaha, though hilarious @ Mundumugo,its agood question. IF it were mambo ya makaratasi,you would kind of see why.
Anyway the answer is simple -Nimzungu.

Online dating scum of the earth is what you get. A criminal met a naive exotic girl coz he knew an American would do a background check. May she find Justice.

How do you even hook up with this one? Ladies you shock me with your choices!

This man must have swallowed this girl whole...I pray that she be found alive, but at the same time, doubt she will be since it wasn't just yesterday that she disappeared.
Newly arrived girls from homeland think all white is clear, and I am sorry to make that statement if it sounds more of a generalization to the reader, but I am sure this is not the first case. After staying here longer,you know you have to dig up some background information before indulging on someone you just met online or even in-person.

You can tell she was doing the heavy lifting in the relationship, most partners are willing to go the extra mile to please the spouse as time runs and end up looking like marathon runners.

This is a low value trash & he knew he wouldn't stand a chance with an American woman of any race. Stop telling this men your careers or prospective career if you are in nursing field. They'll prey on you like a hawk & then wipe you off.

Where is KWITU? Ama you are only concerned if the abuser/husband is a Kenyan?

RIP sister RIP.
Police should be charging Nathan Hightman for the murder of Irene Gakwa.
This is no brainer, shovels and groves point to one thing...MURDER.
The only issue here is they don't have a body, but hopefully they will have enough circumstantial evidence to convict this case.

We should not blame this gal kuendea huyu mzungu fala .hizi makaratasi na desperation .this psycho preyed for her knowingly he won't give her citizenship the moment alijua dame anasonga he decided to kill her .right now we should stop thinking she's alive cos she ain't. Si kwa ubaya fat white men 90% are mentally illed. The system is so white , 10000 for a bond ? F**k that .no body no case cos she's black n immigrant.i feel sorry for her family especially her mom .sad sad sa zingine heri kujipanga na iyo njia ingine ndio upate makara.mfuko itaumia but u have peace

I am about as white as can be, was not a native Wyomingite, but have dwelled in Gillette, Wyoming for a number of decades. I can say I know more useless white dumpster-fires, than I even know black people here. But i also have some good lifelong friends i met here. Its hard to make friends here. People tend to be like the weather, hardly calm and moderare, usually transitioning from one extreme to the other.

This crime has nothing to do with race. Two of my school acquaintances were murdered and dumped in rural areas. They were white. These crimes were separated by years and the victims never knew each other. Wyoming has a reputation for having a high suicide rate, more pickup trucks and guns than people, and we're all drunken, methed-up, inbred rednecks - you'd think it would be a big gunfight and prairie cemetary. The fact is you're safer here than any big city. Look it up. There is a lot of Liberty here. Sadly there are always sick ones attracted to rural, free areas. They think their crime is more secret.

To clear this up: American Law requires a dead body in order to charge any suspect of murder. Otherwise a suspect could be arrested and tried based on a disappearance and circumstantial evidence, be found guilty by a jury and sentenced by a judge to death, then executed. And then the alleged victim could pop up and say: "Hey, I went off grid. My boyfriend was really bugging me. I had to ditch that jerk. What did I miss?". Oops.

Unfortunately like the case of the young woman who disappeared last year after vacationing in WYO, she was actually killed by her boyfriend. I hope Irene is found alive and well. Maybe it's too late for that. Maybe these days we need to ask ourselves what we believe? When man's imperfect justice fails us, God's justice will prevail in the end.