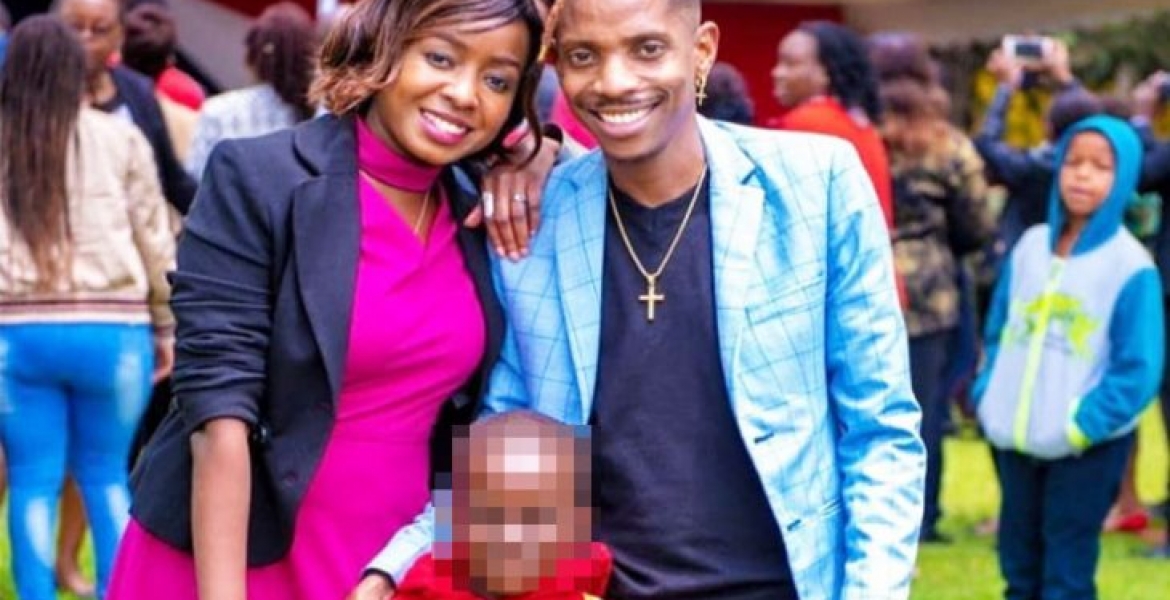 Ms. Maribe on Thursday posted photos of herself and Omondi attending their son’s graduation. The five-year-old is set to join lower primary next year after his graduation from nursery school.

“Family first. Happy graduation day, Zahari. We, mum and dad @ericomondi, are proud of you,” Maribe captioned the photos.

Omondi also shared the pictures on his Instagram timeline but did not put any caption to it.

Until Thursday, there were contradicting reports on who is the father of Maribe’s son although it was widely claimed Omondi was the dad. Others claimed blogger Dennis Itumbi was the father of the boy.

The two celebrities had remained tight-lipped as bloggers and Kenyans online speculated on who is the father of Maribe’s child.

“I know the baby daddy; however, it is not a good time to reveal him, Jacque Maribe is undergoing a difficult time,” Omondi told The Nairobian last year in reference to Maribe’s murder charge.

Maribe and her fiancé, Joe Irungu alias Jowie, were last October charged with the murder of Kenyan businesswoman Monica Kimani.  Maribe was freed on bail but Irungu remains in remand pending trial.

I thought this Omondi was so in love with a mulatto Italian. I guess beauty is on the eye of the beholder because "me I" do not find him appealing not his jokes, mannerism,the whole nine but there women who dig that!

It could about Omondi's money or Maribe's lack of self-esteem. But hey!: Money! Money!! Money!!! Money!!!!

Convicted murderer only in Kenya walk around and pose like life is normal.

Guys relax maribe and omondi ate the forbidden fruit before the whole fiasco. I get it, some here wouldn't put their differences (with their baby mamas and baby daddys) aside for the sake of the child's well-being. I get it! Ni ushamba ya wakenya especially men. Regardless of who these two are and what they've done, showing up for their child is commendable

this Omondi guy isn't funny, period. No wonder the Italian chick left his tiny ass. she needs a good BBC.