No Reports of Any Kenyan Victim After Saturday Mass Shooting in El Paso, Texas 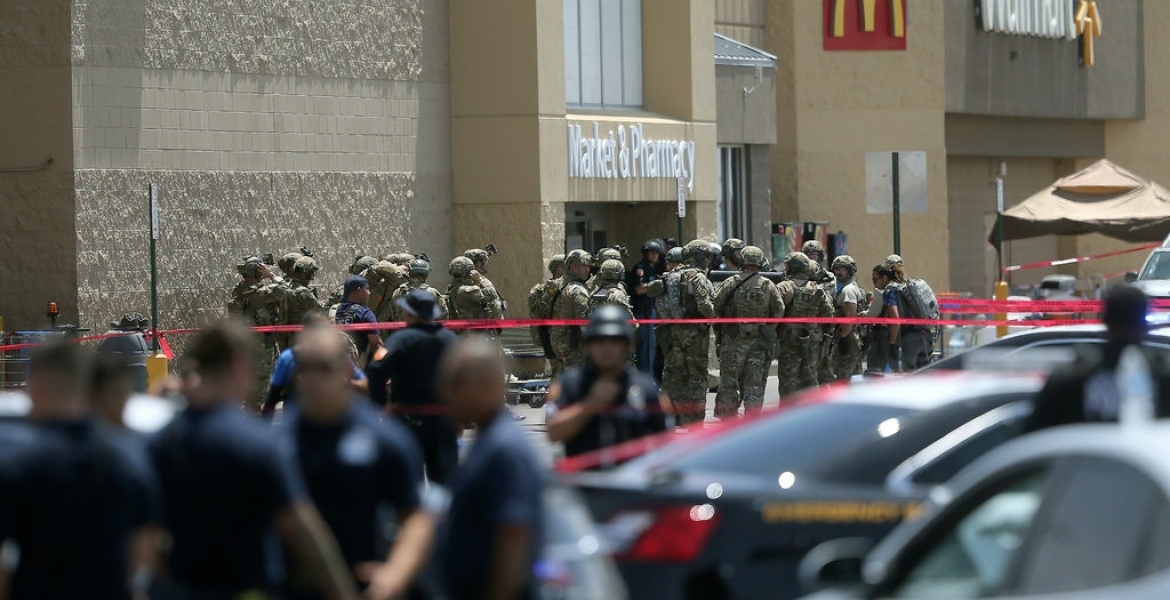 Paul Ereng, a former Kenyan athlete living in El Paso, Texas says there are no reports so far of any Kenyan victim of Saturday’s mass shooting in the area.

20 people were killed and more than 20 others injured after a sole gunman opened fire at a Walmart store in El Paso on Saturday.

“Thanks God we are safe. This is my mall. We pray and at the same time we are very sad for those who have lost life and those injured. This is a very sad day here in El Paso,” Ereng said.

The gunman, who surrendered to police after the shooting incident, has been identified as Patrick Crusius, a 21-year-old man from Allen, Texas, CNN reported.

El Paso police chief Greg Allen said authorities were examining a manifesto from the suspect indicating “there is a potential nexus to a hate crime.”

The attack ranked as one of the deadliest mass shootings in modern US history, according to CNN.

Uhuru said n i repeat no country is safe at all with this century of terrorism acts whether u have the best military tanks or the best weapons.But it's funny the way some pple think they r so safe in certain countries than African continent.May mwene nyaga always protects us from such unwanted deaths n somebody shouldn't yap here to tell me that God wanted them to die like that or their day imefika which is always a big lie from christians.Sio poa kuua mwingine hata kidogo..

But some countries like Kenya have one out of every six policemen on duty with MP's, senators and cabinet secretaries. These duties include carrying the hand bag etc. Big difference.

It is very sad and unfortunate that evil men continue to live among us.The reality is that this is not the last time. This will happen again. Iam not a prophet of doom,but just stating the reality based on history.
With all due respect to people of God,why thank God for those who survived the mall shooting.How about those who dont shop there should they thank God as well?Worst, why didnot God protect those who were shot,and for those who were killed,what should they say to God, most certainly not thank-you.
Yes, I understand that sometimes there are no right words to express a situation like this,but to thank God is a little misplaced.I would rather people of God in such situations to ask Him why it happens,and why he does not intervene when he has all the power to...Basically ask God to give a satisfactory answer if there is such athing. My condolences to family and friends of those who lost their lives,and those hurting.My two cents.

Hello hello!!
Can our Gover issue travel warning to USA ASAP?If we can't issue one on these brutal mass shootings,what else can we?
It is seriously not safe to be in US...

Sincere condolences to all the victims in this massacre

As African countries are destroyed by tribalism, western countries are destroyed by racism, tribalism and anti immigrant rhetoric. There has been a rise in these killings as the west make their countries white again. Another one took place on the same day in Ohio, killing 9 and injuring 26.
We need to understand that every country, whether developed or third world has its share of social, economic and political issues.
The age of information has made the world a small village. Soon, there will be no experts in the world. We will all be experts in our areas of operation.
We live and learn!!

And I guess you didn't here about this too....Shootings across the city of Chicago this past weekend have left seven people dead and another 52 people wounded.