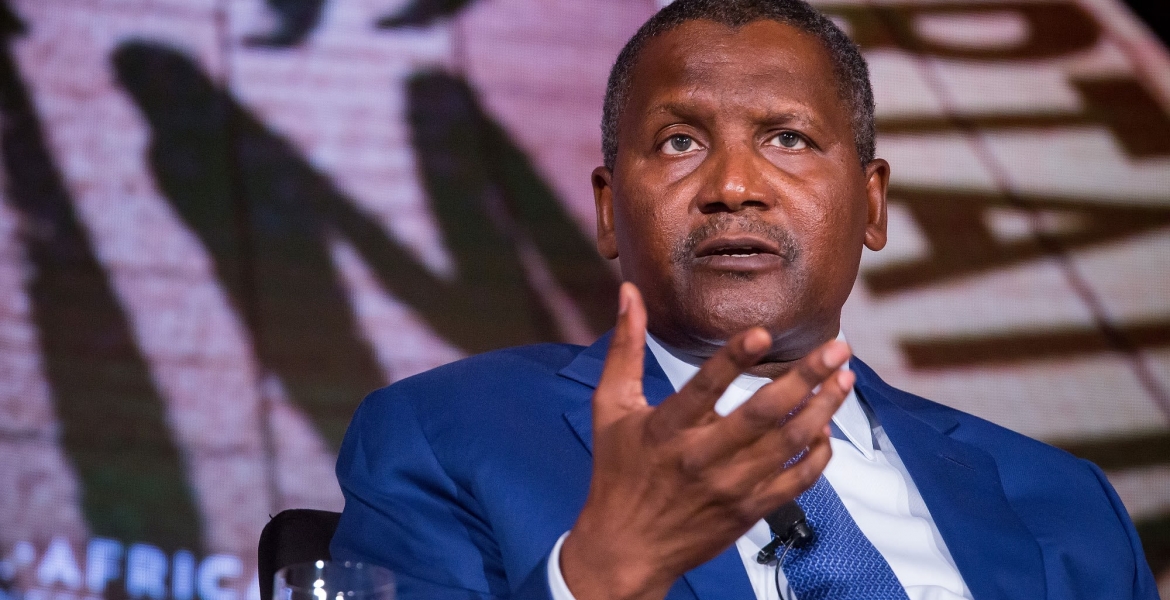 Africa's richest man Aliko Dangote says he once withdrew $10 million in cash from a bank "just to look at it."

Addressing a forum in Ivory Coast on Saturday, the Nigerian billionaire says he wanted to get it into his head that this was real cash and not just figures on paper.

"When you're young your first million is important, but after, the numbers don't mean much," Dangote says.

"One day, I cashed 10 million; put them in the boot of my car I put it in my room. I looked at them and thought 'now I believe I have money' and took it back to the bank the next day," he reveals.

The 61-year-old industrialist has advised upcoming African entrepreneurs not to get carried away by the first flush of success.

"Often in Africa, we spend our projected incomes. There are ups and downs" in business," he warns.

Dangote also says there is a need to address the customs and administrative problems that hamper business development in Africa.

As an example, the billionaire explained how his cement companies experience difficulties exporting to Benin from Nigerian factories located 40 kilometers from the border.

He is estimated to be worth $10.6 billion and has maintained his title as the continent's wealthiest man for years.

Who cares. All Nigerian money is dirty money!!!. How many people has he killed to get his way. This man is not a Saint

Behind every great fortune,there's a sin

The other fool Lawrence Lual Malong Yor Jr. was swimming in USA dollars. Dangote does not want to be left behind.

Bloody money is everywhere starting from british colonials,usa bringing dwn iraq,libya,gavaments dwn killing innocent women n kids so many countries especially we call western nation have continued to survive from bloody money.Mr Dagote is corrupt if u talk to nigerians he will make sure he controls this industry's he has started.He doesn't want any other person to do the same.Anybody who starts will b brot dwn mos mos.

Nigerians and showing off! So what, if he just wanted to see it? Why does he have to tell us? This is just Vanity, and someone said it plays lurid tricks with our imagination. It reminds me of those young street thugs in Kenya, who flash money on Social media, shortly before they are gunned down by Police.

What kind of fetish is this. But you cannot blame the guys. lots of things do not make sense to some of us either

This is what happens when you don't know who you are. If these money was acquired rightfully, it would not be displayed or advertised just to show off. It would have been acquired to fulfil a purpose. The measure of a man's wealth is how it was acquired because it you can't hold on to the means it will dissappear. If you acquired it by killing, you must continue killing in order to keep it because that is your foundation. If you stop, the foundation collapses and you loose everything. He must ask himself, how did he acquire it and for what purpose. Fulfill the purpose before the money disappears. If you acquired it rightfully, may the real God's blessings be with you always.