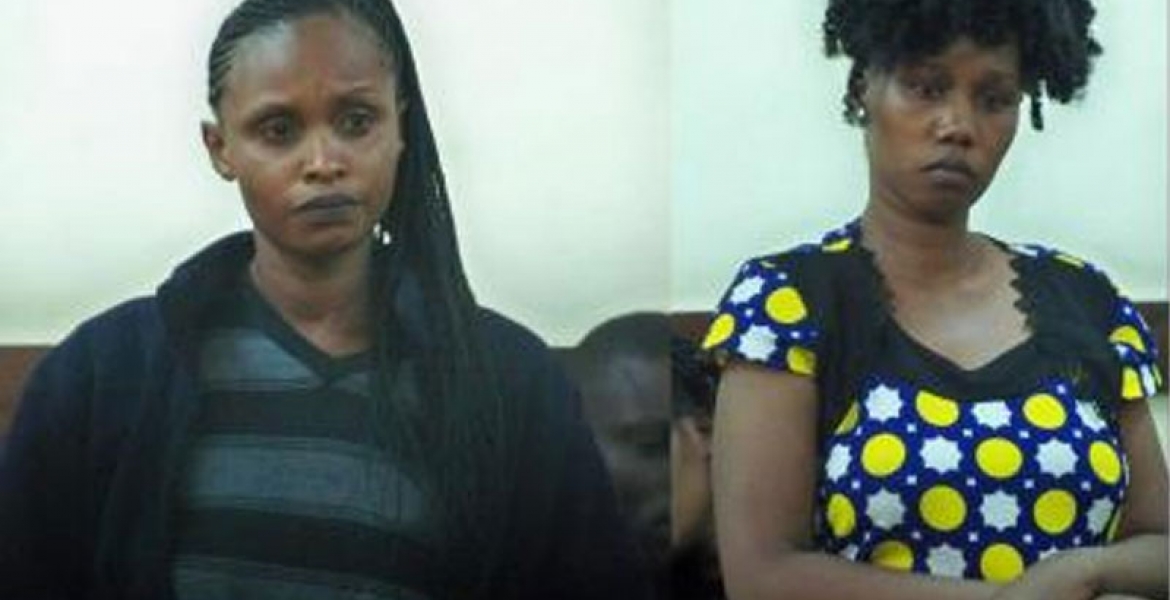 Two Nairobi bartenders have been arrested and arraigned in court for drugging a customer before robbing him valuables worth thousands of shillings.

The two, identified as Veronica Wambui Njoki, 28, and Mary Ngina, 29, are accused of spiking Mithamo Njeru's drink at a bar in Nairobi’s Komarock Estate.

Police say Njeru shared drinks with the two bartenders in the joint before going with them to his house.

The man allegedly lost consciousness at the house and the two suspects made away with valuables, before locking the house from outside.

The two have been charged with drugging Mithamo and stealing his valuables worth Sh250,000.

Wambui and Ngina have pleaded not guilty to the charges and have been released on Sh100,000 bond each.

Two women in his house? hata naye Mithamo created this conducive environment ya wizi. He who gets hurt in an adventure has no one to blame except the two thieving ladies of course. On the same token, the judge should charge Mithamo for being an accomplice in planning this heist; otherwise it makes nonsense that he is a victim in what he helped facilitate.

Exactly. If they go to jail then he should be fined for his infinite tamaa..aaii hii ulimwengu itatuonyesha mambo.

Njeru's loss of valuables outweighed his shame.There have been fellows who followed tamaa,and were burnt the same way,and some worse,but the shame outweighed the valuables lost.You can imagine if your wife goes upcountry and Joe sixpack decided to have a bacholar-day with such women,and they steal even the wife's valuables...jewels,perfumes,high-end outfits.That would be very hard to explain satisfactorily,especially if the nosy neighbour heard loud music,and laughter emanating from the house.
So you men, be careful whom you hang with,and most importantly take home.Things could be worse.

I was warned of this, whenever in Kenya and you excuse yourself to go to the bathroom, take your drink with you OR don’t touch what you left there or take one that hasn’t been opened right in front of you. It’s a shame you can’t have fun because stupid fools wanna cut corners.