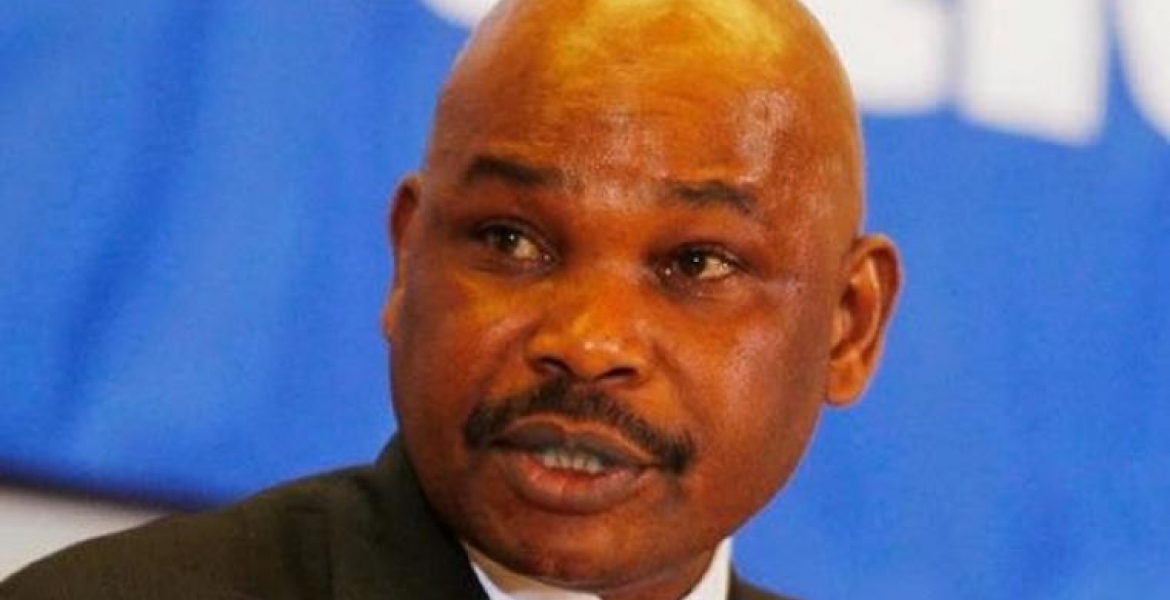 US-based Kenyan lawyer Prof. Makau Mutua has hinted at running for president in 2022.

In a tweet, Mutua says he will seek the country's top seat if a "certain person doesn't do so."

"I may have to think seriously of running for PORK (President of the Republic of Kenya) if a certain person doesn't do so. Stay tuned," he says.

Speaking to the Daily Nation on Thursday, the scholar said he seeks to offer the country fresh and untainted leadership.

"I would run not because of blind ambition, like some past candidates, but because I believe I have the best policy prescriptions and moral standing that dwarf any other candidate" adds Mutua.

Mutua says he would offer the new leadership the country is yearning for.

"It may not be an actual person; it is largely a prototype candidate. But if I do jump in the race, I'll be a formidable candidate likely to turn Kenyan politics on its head and upend the existing assumptions about leadership" he noted.

Asked how he would fund his presidential campaign, Mutua noted: "We have extensive networks of clean and uncorrupted resources, both financial and moral. But that's not our most important question. I don't intend to buy the election."

Mutua supported opposition leader Raila Odinga's bid for the presidency in 2013 and 2018. At one point, the lawyer said he did not recognize Uhuru Kenyatta as President of Kenya.

He is among 10 candidates who applied for the Chief Justice's post following the retirement of former CJ Willy Mutunga, but he was not shortlisted.

The former Dean of University at Buffalo Law School has taught in several US law schools, including at Harvard Law School.

Can somebody tell this dude to stay in Buffalo, NY. Kenyans are not ready for him. Kivutha will beat him 9 - 0.

He will not succeed because he is not corrupt, a necessary qualification to be elected in Kenya.

Kenya needs leaders like Makau Mutua who expose frauds like the boy in statehouse who in seven years has failed in everything other than selling Kenya cheap to China. Run and chase that pretender from statehouse.

@Jamama, Makau Mutua is not that clean. He is the one of the dude that coach ICC fake witness.

Makau Mutua is an idiot, tribalistic and a fake lawyer. He is relic of the past. He will be lucky if he gets more than twenty votes in the whole country. He is Mavi ya kuku and a choge. He is only good in licking Wasungu's ass

You have no idea what you a talking about. Makau is a law professor at CUNY and a world renowned thinker and leader. Compare him to the boy in statehouse who has zero accomplishments of his own. All he has is derived from his family.

If you Goggle the word idiot in Kikamba it will bring you the name Makau Mutua accompanied by Makau's photograph. Similarly, if you search the word dumb in Wakamba's websites it will bring the name Makau Mutua and his photograph. The name Makau Mutua is synonyms with the word stupid, idiot, dumb, indecisive and manipulative in Kambaland. For somebody like me who have been observing Makau Mutua for a long time Makau is a egomaniac. He is too much preoccupied with his own one's self and follows his own ungoverned impulses and seem to be possessed by delusions of personal greatness and feels a lack of appreciation. He suffers from extreme egocentric focus and his delusional mind meanders him to different spectrum of virtual reality that are beyond the realm of normalcy. To remain relevant, Makau will also claim planned election rigging and so forth

Why Google what I know? An idiot is a moron. A perfect example is that boy in statehouse who thinks leadership is dressing up in military costumes.
Tusker kila saa. Tusker badala ya kazi.

Somebody needs to sit this guy down and tell him the the facts of life. Book smarts is not intelligence. If so, you should have realized by now that you don't win president in Kenya because of your book degrees.
Which block, tribal, economic, political, national, international, do you belong to or supports you.?
FACT,
In some areas you can nominate an ass and hung the right political colors on it and it will be elected.
This happens all over the world.
Mutua, stop embarrassing yourself.

Totally unqualified. What will he offer to Kenya. Mutua is an idiotic thinker. He does not fit.