I Will Be Back, Miguna Miguna Declares after Friday's High Court Ruling 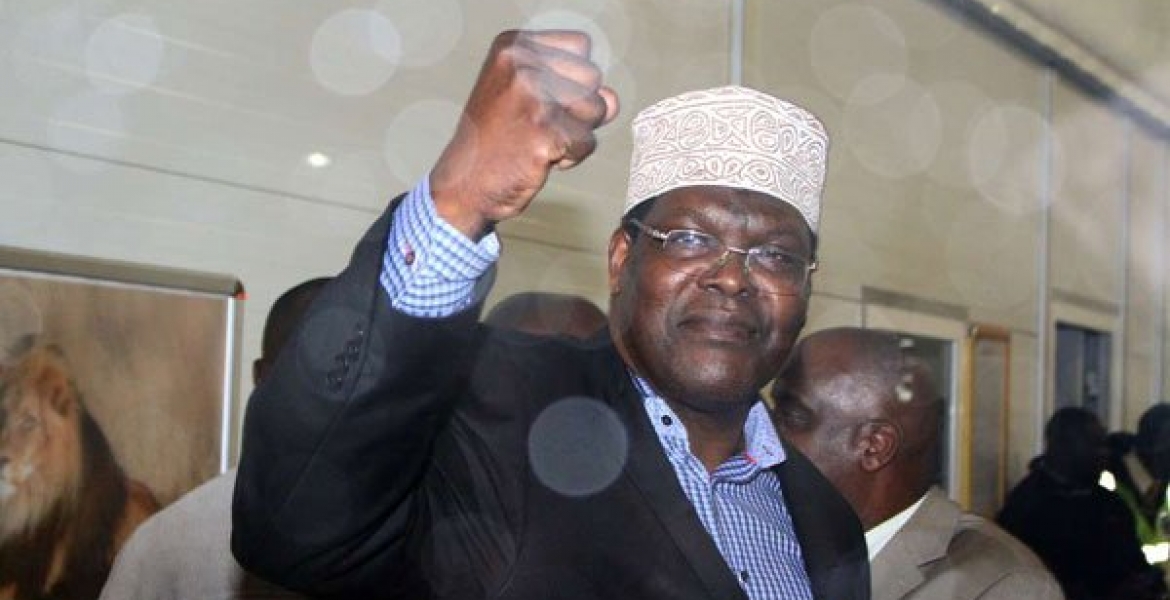 In a statement issued after Friday's high court ruling, Miguna thanked Justice Chacha Mwita for reminding some State officials that no one is above the law.

“The court has affirmed what I have stated over and again,” Miguna said in a statement sent to the media.

“Those who believe that our fundamental rights, freedoms, and dignity are vested by force, violence, and brutality have been reminded by Justice Chacha Mwita that no one is above the law. Our birthrights are inviolable."

Miguna also thanked his attorneys led by John Khaminwa, and announced that he will be returning to the country, though he has not given a timeline.

"I extend my gratitude to those few genuine and dedicated advocates like Dr. John Khaminwa, Waikwa Wanyoike, Stephen Ongaro, and the KNHRC senior officer Kamanda Mucheke plus all patriots and comrades who stood with me throughout! I will be back! The struggle continues!”

In his ruling, Justice Mwita declared that Miguna is a Kenyan citizen and that the government violated his rights by declaring him persona non grata.

“The government’s deduction to cancel Miguna Miguna’s passport and declaring him prohibited immigrant is unconstitutional and is hereby declared null and void,” read the ruling.

“I find and hold that he did not lose his citizenship upon acquiring a Canadian passport.”

The court also directed the respondents - Interior Cabinet Secretary Fred Matiang'i and Immigration Principal Secretary Gordon Kihalangwa - to pay Miguna Sh7 million from their own pockets for violating his rights.

"Damages cannot be borne by taxpayers. They are borne by the respondents jointly and severally to dissuade future violations," Mwita states.

Welcome back. What happened to you Miguna in March was unconstitutional and nonsensical, an embarrassment to the Nation. Some authority somewhere has finally seen the light. In no other country has such upuzi been witnessed.

Not yet Uhuru in Kenya. A luta continua!👍

Even terrorists and serial killers are not treated like that.

They will regret what they did to you years to come.the whole world witnessed their ugliness.
VIVAAA!

Will be overturned on appeal. Miguna had sued the offices and not the office holders. My limited understanding of the legal systems is that a judge cannot make a judgement against non-suit parties.

If it's by air, which airline will let him board? Once you get on a no fly list, good luck travelling. I am curious as to which border he can cross under his real name. The scene he created at JKIA earned home a jail sentence outside prison walls!

Mhh..come, baby come! I miss the drama and the mess of it all! They will silence you with a handshake dripping with promises of things to come, you will forget how your arse was dragged out of Nairobi. We are waiting, it's kind of dry with these "all is forgiven hand shakers". We know they are up to something...at our expense yet again. Tafash!

MM will have his handshake as well. Get a consolation job, awaiting to be nominated by Sonko as a deputy and tuendelee mbele with personality cult.

It is too early to smile Mr. Miganu Miguna. Please hold your smile!!!. You have two rape causes pending in two Canadian Courts and don't forget that decision can be revised by an appeal Court in Kenya

hehehehe miguna trust me with your big mouth the only way to enter kenya where u were born is to fill the paperwork again.Yr celebrating is futile.U broke the law by getting a pass in a fraudulent way n again trust me for you to enter kenya u MuST fill the required papers which raila brot personally to you at the airport n u refused to do so???Hii ni new kenya miguna miguna!If it was done at supreme court then ungekuwa na chances kidogo but high court itaenda appeal then supreme court nahio will take another 5 years so wewe kaa huko canada tafuta cna job ama manoki job au walmart job ndio uweze kulipa bills zako.Alluta continua

Just stay where you are. Live your life and take care of your family. Do not loose 4 looking for 8.