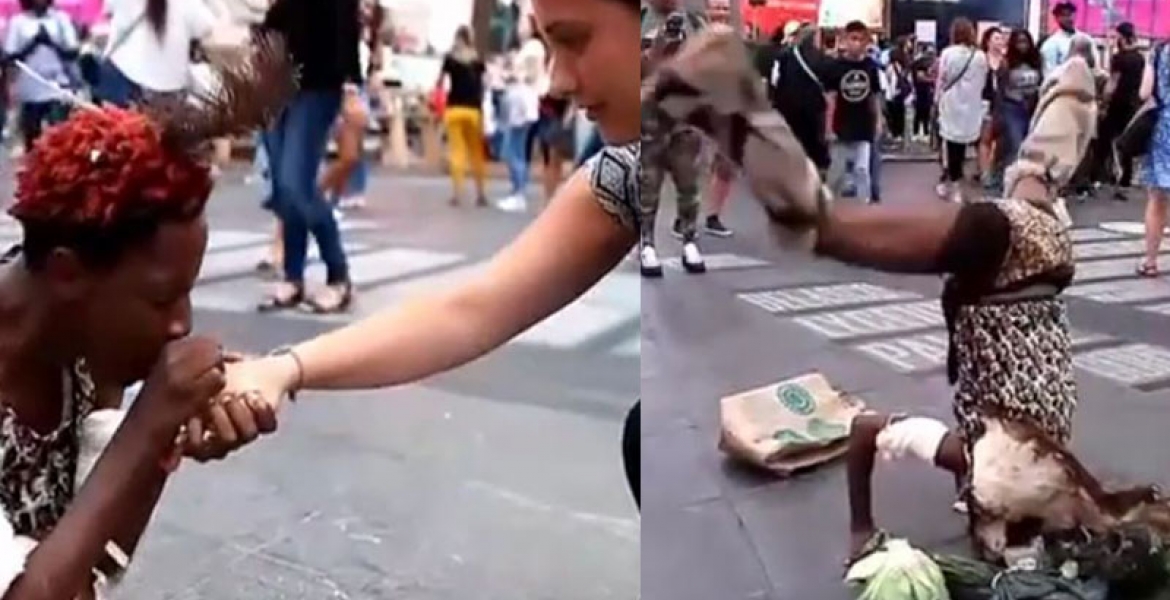 Kenyan comedian Eric Omondi brought Times Square in New York city to a 'standstill' after he posed as an African traditional healer (witch-doctor).

The entertainer, who landed in New York a few days ago for his annual comedy tour in the US emerged at Times Square donning a regalia commonly associated to witch-doctors in Africa.

His appearance immediately attracted attention from passersby who stopped to catch a glimpse of his antics, with some approaching him for services.

“So I went to New York City disguised as an African Traditional Medicine man (Witch Doctor)Even ran a 20 minutes Ad on the Digital Billboards… A few minutes after set up… BUSINESS WAS BOOMING” Omondi said in a post on Instagram.

The comedian also appeared on Seth Meyers show where he was given about 30 seconds to make the audience laugh.

Omondi just go back to comedy stop the constant hunger for attention or seek therapy.

Eih! Didn't you see him make some Bucks (from those white Ladies). Hah!

He gave the white ladies money to give him then recorded himself being given the same money. Nobody will pay for that nonesense he was displaying.

These Erick Omondi's gimmicks are a Game changer.

Eric before you go back go to some River..or Beach swim like you did in Turkana with birth suit and see tge different result outcome.you gave Nigeria a slight idea and competition.