My Son will be Troubled After I Die, Singer Diamond Platnumz's Estranged Dad Says 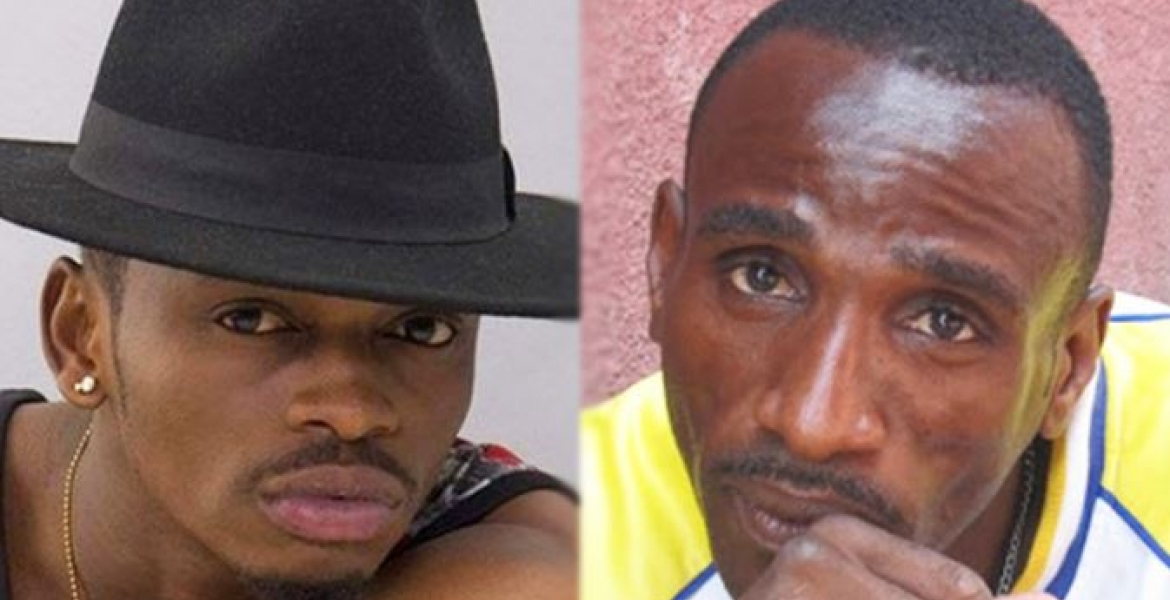 Speaking to Tanzania’s Ijumaa newspaper, Abdul said the award-winning bongo flavor superstar has refused to appreciate and acknowledge him while he is still alive, noting that he will regret once he passes away.

Juma said the Kwangwaru hitmaker hates him and would be “heavily troubled” after he [Juma] passes on.

“I know Diamond hates me so much. And this is fueled the more because I am still alive. After I die, he will be troubled. He would wish I was alive, but I would be long gone,” Juma told Tanzania’s Ijumaa newspaper.

Diamond has declined to recognise Juma as his father after he allegedly abandoned him and his mother when he was only 4 years old. Juma said his son has failed to assist him financially despite being a millionaire.

Recently, the singer posted a throwback photo of his little self in the company of his mother and father. This was the first time he posted a picture of his father on his social media accounts. “I saw that picture. It was good,” Diamond wrote.

In a past interview, the celebrity said he doesn't owe his dad anything, because “he abandoned my mother and I when I was young”.

“I shouldn’t pretend now that I have a good relationship with him, while we have never been close,” said Diamond.

Diamond's U celebrity is ZERO if he can never recognize Juma as his father.It's a big joke if the so-called celebrity hates the man who sired him whether he provided for his upkeep or not.The fact remains that his mama conceived as a result of Juma's UTAMU.But Diamond is not late-he can meet Juma and apologize to avoid the curse

@Rumbwa, it is not as easy as you think. Some men abandon their children when they are young because they do not want any responsibility. When their kids grown up and become successive they show up and start demanding to be recognized. They threaten they are going to curse the kids if they are not given money and other goodies. If you fail as a father/mother do not expect to be supported by those kids you abandoned. There is no verse in the Bible that says a father/mother should abandon their children. He is a sperm donor. period.

Rumbwa iyo ni upuzi,u cant just sire a child ,abandon them and expect to be recognized by the same child. Where was the dude when diamond and his mum were struggling. The only reason the dude now wants recognition is for support.

@Romeo23. Isaac was not a sperm donor. He took car of his twin sons - Jacob & Esau

This is a great lesson to all you men out there, never abandon your own flesh and blood, you never know what God has in store in the future.
I fully feel Diamond's pain and he has the right to chose whats best for him now.
Same thing happened with Steve Jobs of Apple, the father was the one regretting.
Support your kids fathers!!

Mzee juma should explain to the son why he was not in his life for we have no idea why, after that it depends on the son to decide whether to support or not to support his father. Had the son grown up and not do as well as he is doing financially this story would not be here, if juma was doing financially well, he would not be trying to make his son look bad in the eyes of of his fans. There is some forgiveness required here on both sides, but it has to start with juma. Before we judge the son, let us for a moment put ourselves in his shoes, how would we handle the situation, the bitterness the son endured for not having a father around to teach him how to be a man?, and seeing his mother struggle to raise him while the father was out there sewing his oats and moving on. Let us not be quick to judge, every individual has their own way of dealing with things.

@Justme...ni KULEA ndugu! On point. I am with diamond on this one. His "father" was in effect, a sperm donor. Period.

I support Diamond Platnumz in whaever way he decides to handle this matter, mzazi si kuzaa ni kulea. His father going to the media to pressure his son for money further proves the father is beyond redemption and a straight up money digger. Pole sana Diamond for having a cad for a father.