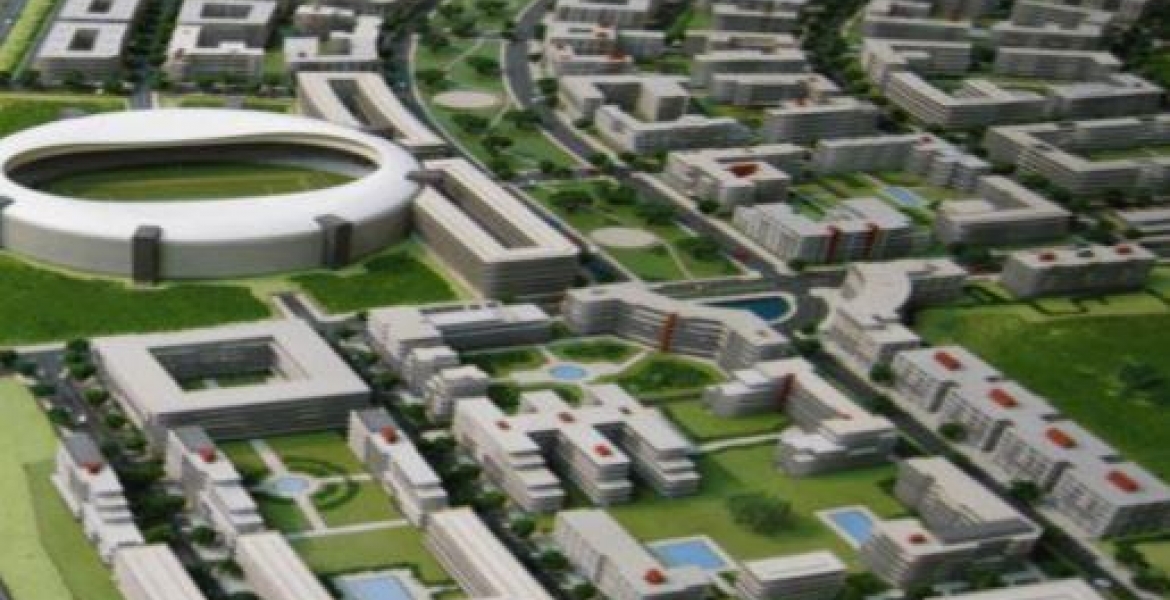 A Chinese real estate company has revealed plans to set up a Sh200 billion city in Kenya.

Dubbed “Friendship City”, the investment project will sit on 1,200 acres of land in Athi River.

The Business Daily reports that the modern city will comprise of residential homes, factories, schools, hospitals and shopping malls among other facilities.

The project is being undertaken by Beijing Damei Investment, a giant Chinese real estate firm.

Kenyan businessman Bobby Kamani whose family company Zuri Group has interests in the project has divulged that the construction of the city will begin later this year.

Friendship City is expected to hold a population of about 150,000 and will have the status of a Special Economic Zone, a township and five different functional parks.

Watch out Kenyans. This might be another China within Kenya where Kenyans will be out of bound and those allowed in there only as house helps and landscapers.

@Onesmus, cant rule that out and the devil is in the details. If anything, post SGR experience has clearly showed us we cannot leave anything to fate when dealing with the them Chinese. Certain percentage of Kenyans have to be able to live in this city. As for the factories, Kenyans should know what they will be manufacturing there, how will Kenyans benefit,where the raw materials will come from. More so, who will construct this city, terms of employment and Kenya being more labor intensive certain percentage of our own will need to be employed in all positions not just kufagia fagia. Such contracts cannot be handled by half drunk and corrupt lawyers.

@Mugikuyu, do not forget Chinese are selling ng'ara (roasted maize) on the streets, 2nd hands clothes in Gikomba and selling all kinds of goods in our streets.

But even those locals are allowing it , why would they allow that - the wananchi, or we are sheepishly smiling at them the Kenya way , the way we do with complacent. I can't stand Kenyans timidness.

This is likely another rip-off in the making. Currently, any project identifying itself as a billion shilling project sends chills down my spine Why? If you know, you know.

Are they building this for Kenyans or for shipping chinese to inhabit it ? Africa best be careful about allowing Chinese willy nilly, they will be worse than British Colonials. Whatis wrong with us Africans? Mhalisi siuhubilie watu wenu . Ghaaii this is scramble for Africa as the economist put it the other day , this is Version 4.0

Smart cities are there to hub in the mark of the beast, once 5 g technology is introduced, kwisha kabisa, no one will be able to run or hide, or buy and sell with the mark! Soma bibilia! The chinese are being sponsored by the termite jews!

hehehehe chinese are all over united states,australia,uk with all sorts of small bizness so why not Kenya or Africa???Go to Australia u will b shocked how chinese control realestate,have bot big farms where they r rearing goats/cows for meat purposes! they r growing food on big farms.They were given control of the melbourne port for 50 years.So majamaa what ru guys doing in usa/uk/australia if u don't want chinese in kenya???For me aslong as pple obey the law of the land u can leave anywhere in the world???So suck it up n leave others alone especially if u urself uko kwa nchi ya wenyewe.

Where is made by us with us and for us?
Yes,Formerly Guest two what is wrong with africans?.What exactly is the purpose of AU?Let's give chinese their own medicine. Let's get the "print outs",and have our african billionaires fund the project...

HOW FAR IS KONZA CITY IS IT DONE YET, WHO IS THE LINKMAN TO THE CHINESE.

Angola has its share of ghost towns, thanks to China deals. It is a fallacy to think that "build it they will come". Build it BUT let it be on private developers' tab and not taxpayers' tab through a corrupt administration. Tumechoka for real china, EU, marekani tumechoka kubeba misalaba yenu nyie vigogo na maagenti wa mazingaombwe.