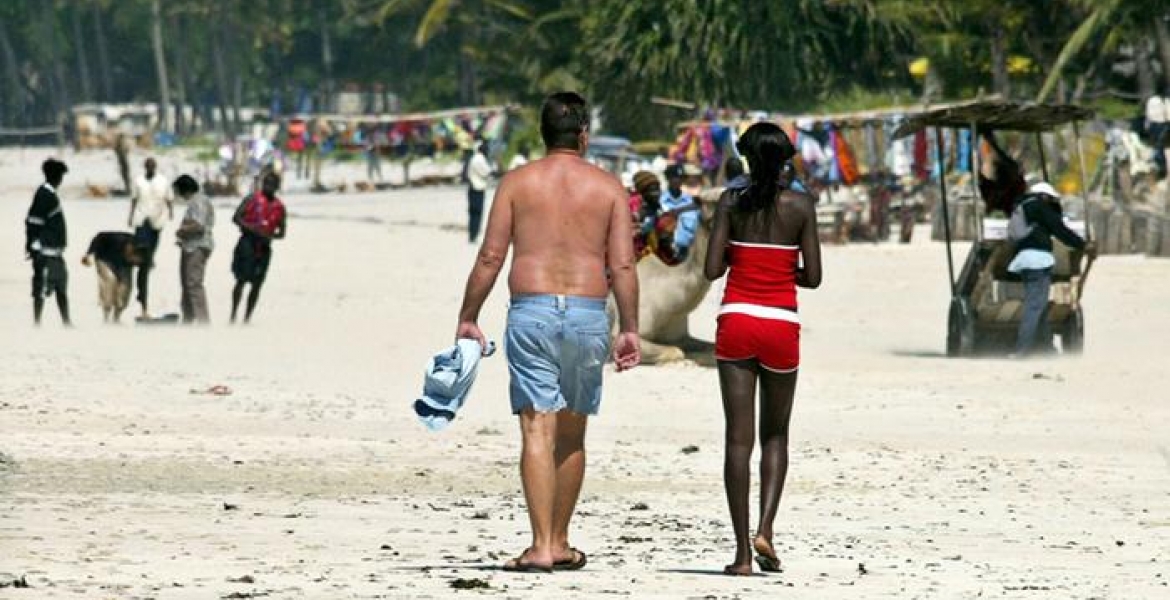 Details of how young Kenyan women, including minors, are sexually exploited by foreign tourists before being abandoned have emerged.

After treating them to a few expensive dates at high-end hotels in the city, the sex predators wed gullible girls in ceremonies presided over by people masquerading as Sheikhs. To make the wedding appear genuine, the tourists agree to involve victims' parents and guardians.

They then take advantage of young girls before returning to their families abroad, never to be seen or heard again.

Before leaving, the men promise they would help their victims acquire documents to allow them entry into their countries.

In 2018, a young Somali girl shared her story of a fake marriage to a sex tourist from the US.

Fardowsa Abdirahman, who resides in Australia, set up a GoFundMe account after she was touched by Jamila's story. Sh1 million was raised to help Jamila and her little baby.

Jamila was 15 years old when she was tricked into a fake marriage by a rich Somali national who lives in the US.

The heartless man disappeared when she was three months pregnant with his baby.

If he is in USA he can be arrested. Post his picture & name.

@ Kenya, the man may be one step ahead of you. He probably did not give the girl his real identity.and did not take pictures...
Anyway, I just wonder what the purpose of marrying this young gils is if they are planning to disappear...

@maxiley, according to the article. They do a wedding officiated by fake Sheikhs. Parents and guardians are also involved to make it look genuine. There is no way they do not take pictures. This is 2019, everybody has smart phone.

@ Kenya, if very thing is fake,why not the photography as well?Knowing that it might identify the "crook".
Are this marriages registered with the lawful authorities,if so why run...

The bedwenches and bedbucks always get their wake up call after thinking the European with white savior complex is solution to your plight!

Dealing with the root cause of the problem is the best way to eradicate this shame! Either the parents,community or government have failed in their role! I can understand why our girls have fallen prey to sex tourists since even getting a job or creating one is a problem! Parents don't have time with their kids, the government is corrupt & the community doesn't care! We can no longer differenciate btween good & bad so we do whatever feels right to get money or feel secured otherwise where else do they run to?

Where were Jamilas parents when all this was taking place? The girl is 15 years hence underage meaning parents should be arrested and charged for selling off their girl to the highest bidder.

Is that not what Paul did to Passaris. Luckily Esther is empowered. Paul returned to his family in the UK too.

So sad these girls fall head over heal in love with these Perverts TOO DAMN quickly. You would assume that they would know better or are old enough to reason but that's not always the case. I totally agree, the girls especially, need to be empowered. But who's gonna do that when their own "brothers" -the same ones who are meant to protect them are busy selling them out. That mentality of foreign men are better needs to be curbed. Even if the young ladies ended up in the foreign country, they would most likely suffer. A few years back, Daily Nation, featured real life experiences/accounts of young ladies (Kenyan) married to West Africans who experience bliss and luxury in the first two-three years of marriage only to die mysteriously, a year later through what their families suspect to be poisoning or "freak accidents" or something only for their dead bodies to be used to transport drugs all over the world. Yaani being a mule even in death. Our little girls (15 yrs is TOO young) and YES even boys need to be reminded CONSTANTLY that they are Loved, Protected, that they should have nothing to worry about and that they should concentrate on things that will matter to them in the future. But Kenya being a society where, less than two percent of the population, shows public affection, where fathers never hug their daughters and never tell them that they love them and mothers same way with sons. These young girls are gonna be looking outside their home for that love and affection. And this is ultimately embedded in some stupid taboos that make no sense at all. I mean, in some communities son-in-laws can't shake hands with mother-in-law and vise versa and same applies to daughter-in-laws. Just crazy. So there's too much resentment and luck of trust. And these girls keep their affairs secret for fear of being reprimanded. When the society stands shoulder to shoulder with these youths, No one would wanna mess with them.

This story does not add up to me, first of all, even us Majuu people when we visit Kenya, girls are all over you knowing you just landed with pockets full of dollars. I dont think the tourists really need a sham marriage to have sex with the victims, they can just take them to the hotel without even the parents knowing. It is a shame but when you have a failing economy and politicians who only cares for their daughters this is the kind of a society you will get.