Kenyan Man Kills His Mother by Pushing Her Inside Burning House 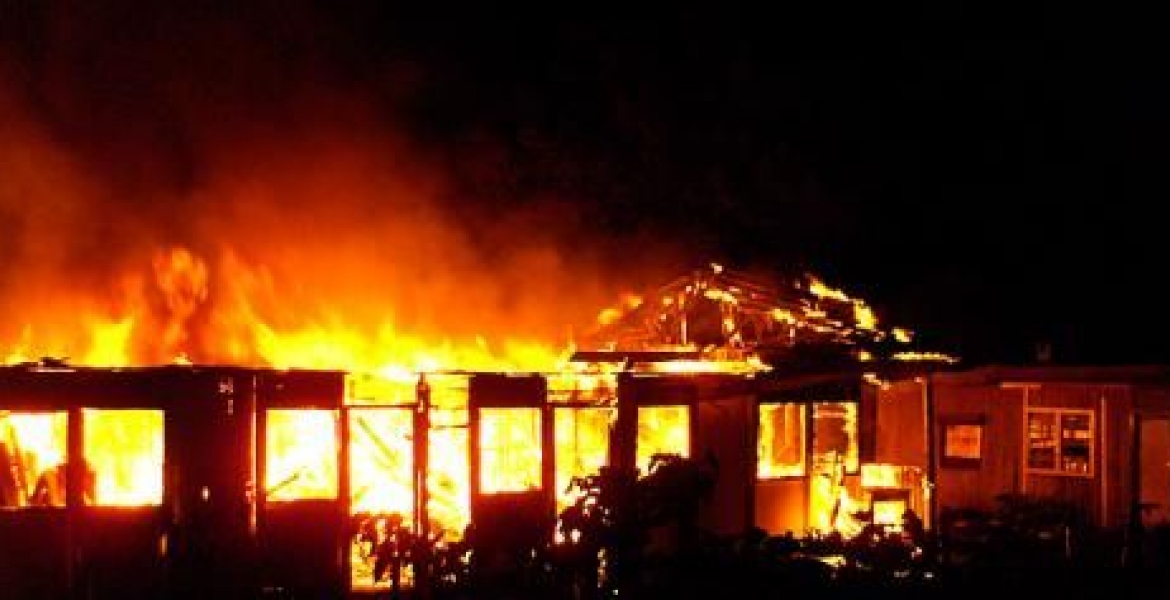 Police are tracking a 30-year-old Kenyan man who killed his mother by pushing her inside a burning house.

Jared Masanya from Magwero village in Masaba North, Nyamira County is said to have torched his house and that of his brother, Simon Ogeka on Monday.

When neighbors intervened to extinguish the fire on the suspect’s house and that of his brother, he grabbed his 60-year-old mother Teresia Kemuma, and pushed her inside the burning house and locked the door from outside, according to a police report on the incident.

“He grabbed her and threw her inside the house which was on fire and locked the door from outside,” read the report in part.

The woman burned to death while the suspect fled the scene and is currently being pursued by police officers as investigations into the incident continue. The motive of the suspect is yet to be established.

The body of the deceased was moved to Gucha Hospital mortuary pending a postmortem examination.

Drugs. How men loves their mothers.

The world has lost it. If you can kill your own mother then am not sure where we are heading to.Sad indeed

Hasira ya WaKisii nī kali sana. We need to interrogate their DNA along with their cousins WaMeru. Perhaps they are very related and used to coexist harmoniously at one point but separated in anger. Those quick to cry tribalism please keep your thoughts to yourselves. We need to do this for the greater good of the society and Kenya.