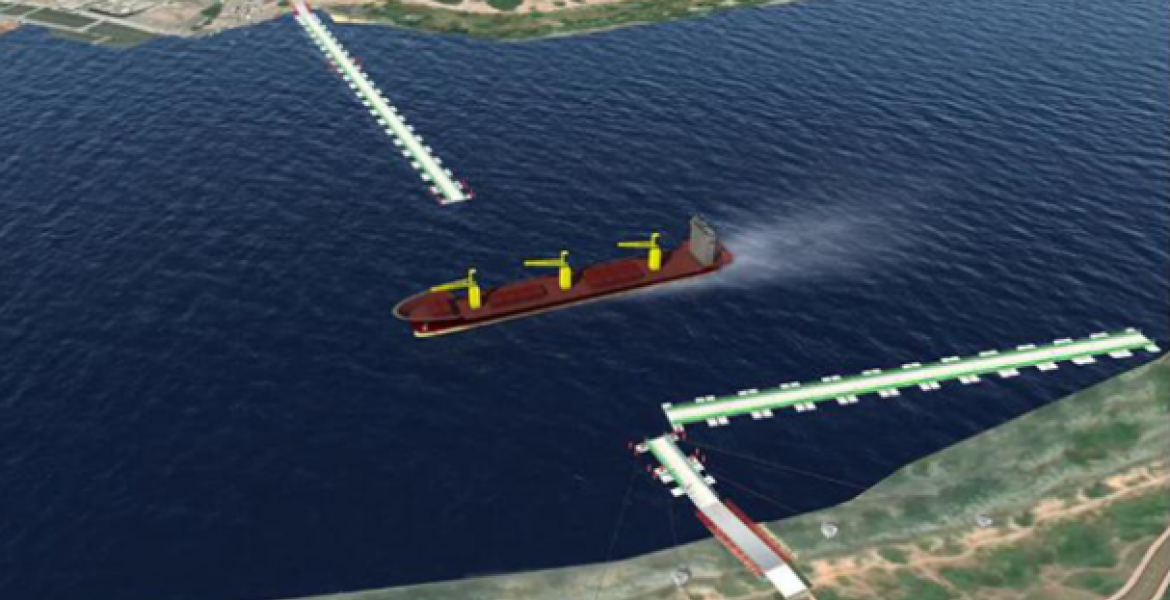 A Chinese engineering company has won the tender for the construction of a floating bridge across the Likoni Channel in Mombasa.

The contract for the construction of the bridge was signed this month between China Road and Bridge Corporation (CRBC) and Kenya National Highways Authority (KENHA), according to The Star.

The bridge is will be completed within a six-month period and will cost the taxpayer Sh1.5 billion. When complete, the link is expected to ease the movement of people and vehicles across the channel. At the moment, residents of Likoni rely on ferries to access the Mombasa island and vice versa.

“This plan has taken into account such aspects as timeliness, economy, reliability, and practicality,” said CBRC in a statement.

A report on CRBC’s website indicates that the project will involve the construction of a 660-meter pedestrian bridge stretching from north to south of Likoni.

It will be a Bailey-type approach bridge with pile foundations on either side of the channel and a movable main steel bridge in the middle of the channel to allow ship movements.

Presently, at least 300,000 passengers and more than 6,000 cars cross the Likoni Channel daily.

“The Kenyan government has recently promulgated a series of the pandemic [Coivid-19] prevention and control measures, such as restrictions on transport capacity and curfews resulting in surging pressure on ferry traffic,” CBRC added in a statement.

A bridge is supposed to be floating. Otherwise, it's a road.

sounds like a pontoon bridge. Kenyan tax payers about to be taken to the cleaners by mis leaders and chinese. When will this top?

You dont like people to easily cross to other sides and do business transactions? That new to me

What for? Where are our priorities? Kenyans displaced by man made disaster, others by floods; hunger in the country; no basics; unemployment; yet we have foreigners building?
Only God can decolonize our mind.
Kenya is God's country. Let's keep an eye on it!!

I hope its a typo but I think Ksh 1.5 billion is very little compared to what good that will come out of it.

Sometimes Kenyans complain for just for the sake of it. We need to look at a glass as half full not half empty all the time

Sounds more like a suspension bridge u mean with all the engineering students in our Uni we cant build this ourselves and fund it with local loans....kamwana??

Our Engineering students are bust impregnating women/and getting impregnated to a point they don’t have the time to engineer anything quality!

Most of the students are drunk with Chagaa 24-7 and are visionless! And so we end up having to borrow to build things the students could do if they were to stay sober and out of the shaky beds.

It is the expensive domino effects of raising soft generation X-kids! They mostly lost as the pure definition of the word “lost”!

There too many degrees in Africa but no skills. Universities in Shanghai can train our black freinds skills to build bridges ,roads and houses.

If and when Wanjiku's voice is not heard, where does she go to?

Be careful colonialist will be back and enslave you our freinds.

Put a toll zone on both ends of the bridge so it can pay itself back within a short time. Shs 100 for small vehicles, shs 1000 for commercial vehicles and shs 5 for pedestrians!

All the money should be going directly to pay the loan!

Or better yet, having the Chinese build the float bridge, kick them out of Kenya and then default to pay their loan under the pretext that coronavirus has consumed all the money treating the sick!

Nothing should be free! The mind set f wanting everything free is what is causing your DP Ruto to give you free poisoned food.

I'm happy that finally the goverment has figured out about floating bridge in likoni ferry,its been my prayer that the gov will build a bridge one day thank you Lord,chinese got all the machinery to do it.Like here in washington state there are floating bridges and when a boat or ship approaches it usually open up for the boat or ship to pass.Guys you should be thankful to the government instead of criticizing.

Bravo bravo to kenyan gavament thinking of building this bridge.Hii Loan tutalipa pole pole wengine wanalipa madeni huko uzunguni so wacha sisi tulipe yetu hapa kwa nchi yetu.Sisi tumeamua kunjengewa na wachina who we know who will deliver on time comparing with giving it to the west wazungus who will keep yapping human rights this n that we end up with delay project then we get charged more interest.

How did Kibaki manage to build Bridges and Roads across Kenya without IMF, World Bank, or Chinese Money? In Fact, the Kibaki government never borrowed any money, and yet it presided over the fastest GDP growth in Kenya's history.

Tell Beijing where you want bridges next day you see them. Beijing has no ulterior motives like colonialist who enslaved black people for centuries.

Only in Africa,will thieves be regrouping to loot again,and the youths whose future is being stolen will be celebrating it