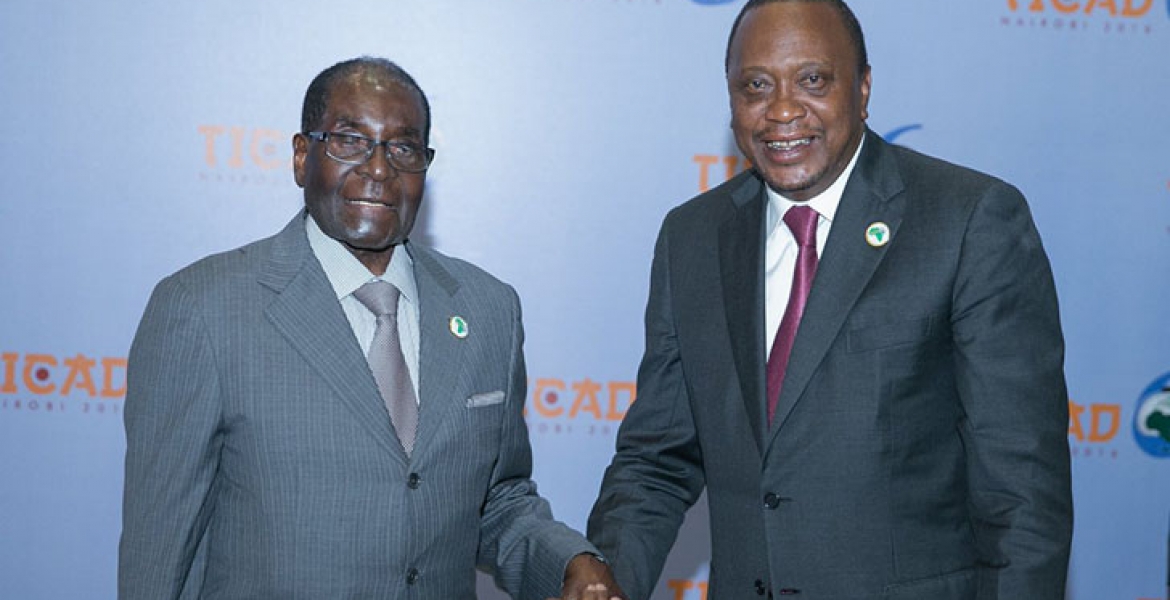 In a statement on Friday, State House said Kenyan flag will fly half-mast from Saturday until Monday.

“The flag of the Republic of Kenya shall be flown at half-mast at State House, all public buildings and grounds, military posts, naval stations, and naval vessels,” the statement read.

Kenyatta said the move is a mark of respect for the memory of an African hero and friend of Kenya who will be remembered as a shining beacon of Africa’s liberation struggle.

“Throughout his tenure as President, H. E. Mugabe maintained close relationships with Kenya, visiting Kenya on several occasions, the last such occasion was during TICAD VI in 2016,” President Kenyatta said.

The 95-year-old former politician passed away on Friday at a hospital in Singapore, where he has been since he was ousted from power in late 2017.

His death was announced by current Zimbabwe President Emmerson Mnangagwa, who described Mugabe as an icon of liberation and a pan-Africanist.

"It is with the utmost sadness that I announce the passing on of Zimbabwe's founding father and former President, Cde (comrade) Robert Mugabe," President Mnangagwa said in a statement on Twitter.

“Cde Mugabe was an icon of liberation, a pan-Africanist who dedicated his life to the emancipation and empowerment of his people. His contribution to the history of our nation and continent will never be forgotten. May his soul rest in eternal peace,” he added.

Mugabe served as President of the South African nation from 1980 to 2017, when he was ousted from power in a bloodless military coup.

He leaves behind his wife, Grace and four children; Bona, Robert Junior, Chatunga and Michael. Mugabe was previously married to Sally Mugabe.

Mugabe was an unmitigated disaster for Zimbabwe. No need to glorify him or white wash ruining the zimbabwe economy and get north korean solders to kill his fellow zimbabwe.
He died in Singapore! What a shame! Decades of independence under him and not one hospital was good enough for him.

Thank you Uhuru. True son of Africa. Did not know you had it in you to stand by the truth.Ni wazungu wana shida na Mugabe.Nothinhg wrong with Africans wanting their land back.

One of the last ROARING LIONS IN AFRICA..BUT greed and being manipulated took over..HE HAD A VISION FOR ZIMBABWE..BUT he surrounded himself with puppets who told him what he wanted to hear...and like most African leaders who believe that the presidency is their mother's inheritance...he screwed up...BUT STILL HE REMAINED ONE OF THE LAST LIONS OF AFRICA...
Everything one else are just CATS..
SIMBA WALIZAA PAKAS..

May our Gods of kirinyaga mount kenya cover the roaring leader the best in this world especially in Africa.Yes he may had issues here n there but his greatness was more than few issues.White western countries leaders r celebrating his death juu he never kissed their bam.Mr mugabe may we never forget yr heroism' as proud Africans.