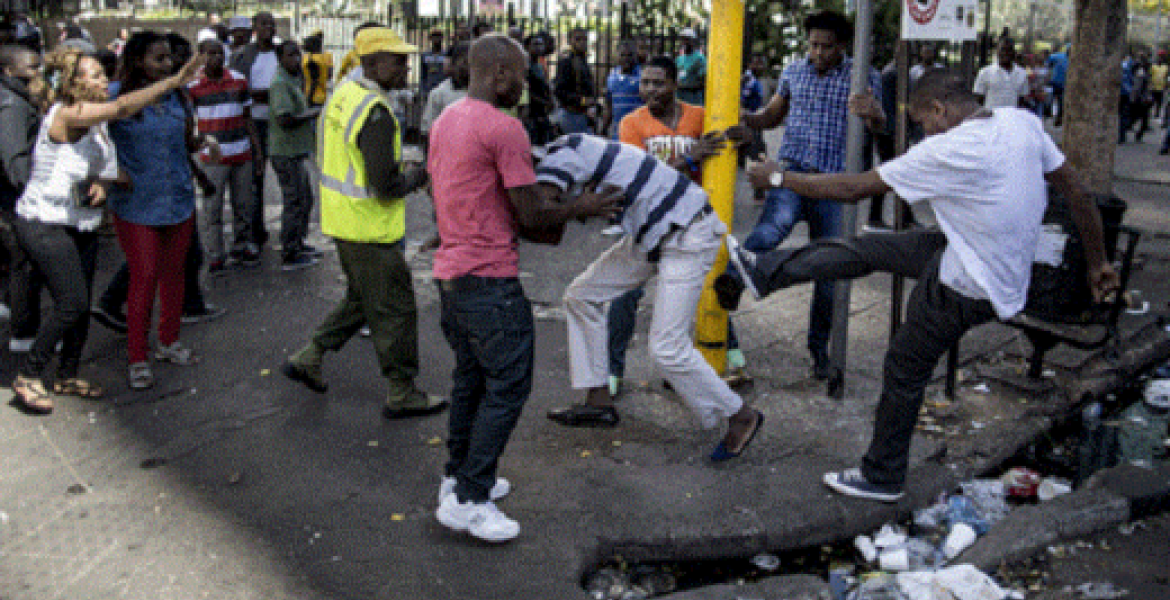 The Kenyan government has confirmed that two Kenyans are among foreigners who were attacked and their property destroyed following a fresh wave of xenophobic attacks in South Africa.

While condemning the attacks on Wednesday, Foreign Affairs Cabinet Secretary Monica Juma said the Kenya High Commission in Pretoria was closely working with South African authorities to ensure the safety of Kenyan citizens.

“We woke up to troubling news about xenophobic attacks against non-nationals in several places in South Africa,” said Juma in a statement.

“We welcome the strong condemnation of these attacks by the Government of South Africa and hope that the ethos and values of Pan Africanism will prevail over narrow nationalisms, and be the bonds that glue us together, as African brothers and sisters.”

“Reports in hand indicate two Kenyans were affected and their property destroyed,” she noted.

Close to 200 people have been arrested following the violence that broke out at the beginning of this week, Police in Johannesburg said.

“Several  Kenyan citizens have been affected by the recent spate of violence through arson and physical violence as well as reported incidences of looting in various sections of Gauteng province,” said Jean.

“Kenyan community members in South Africa are asked to ensure that they work with their local diaspora leaders to monitor the situation and take measures to safeguard their security. All must remain vigilant and aware of their environment,” she added.

On the whole continent of Africa, its only South Africa that has been in the limelight quite abit on this issue of xenophobia.After years of apathaid, one would think that these south africans would bemore accommodating compassionate toward their fellow africans.
Instead of unleashing their frustrations on hard working foreigners,they should be working as a partners.
If unchecked this kind of violence could lead to retaliations against south africans in other african countries.
Mere jail term and asmall fine for property damage will not deter these people.Stronger laws are required.Infact xenophobia law should have its own class,that is if we have to protect the ethos,and values of Pan africanism.Unfortunately,these have just become mere words due to the weakness of AU.Give AU 4years to grow some "balls".If that fails,disband it.And lean more on the international court.That one seems to have some action

Where are protests from our good south african brothers,and sisters against this barberic,and prehistoric behaviour?Or there arent any...

As long as some local politicians support these xenophobic activities, it is hard for it to go away

And most of Africa used to support these idiots when they were being brutalized by the Boers...bure kabisa

Live in a glass house n throwing stones what of the tribal violence n hate that befalls fellow kenyans,condem that first lets fix our issues first the ghost of tribalism we need to excorcise.

It is pathetic to hear such acts of prejudice and primitive behaviour. If Mandela was alive such idiots could be dealt with accordingly. No wonder some of the west politicians call Africans savages.

Africans fighting fellow africans meanwhile Zuma and the indians who looted the country when he was President are free.

Always have a plan b.Watu wasikae kwa wenyewe confortable kama ni kwao.Shit happens whether u have papers or not so spend 80% invest home 20% for that shit days incase i happen.My Q is what is African union for if it cannot summon the southafrican president??African presidents r idiots other day they were called shitholes leaders by trump n did nothing?So we think this presidents will help the common mwanachi especially immigrants???

In Nigeria they got more than they bargained for https://newszetu.com/south-africa-shuts-embassy-in-Nigeria-after-xenoph… came across another article detailing the origins of xenophobia and it seems like it is not likely to end soon since immigrant labour is heavily intertwined with the South African economy.Here is the article https://newszetu.com/how-xenophobia-took-root-in-south-africa/