Roselyn Akombe Drops another 'Bombshell' on the Mess at IEBC 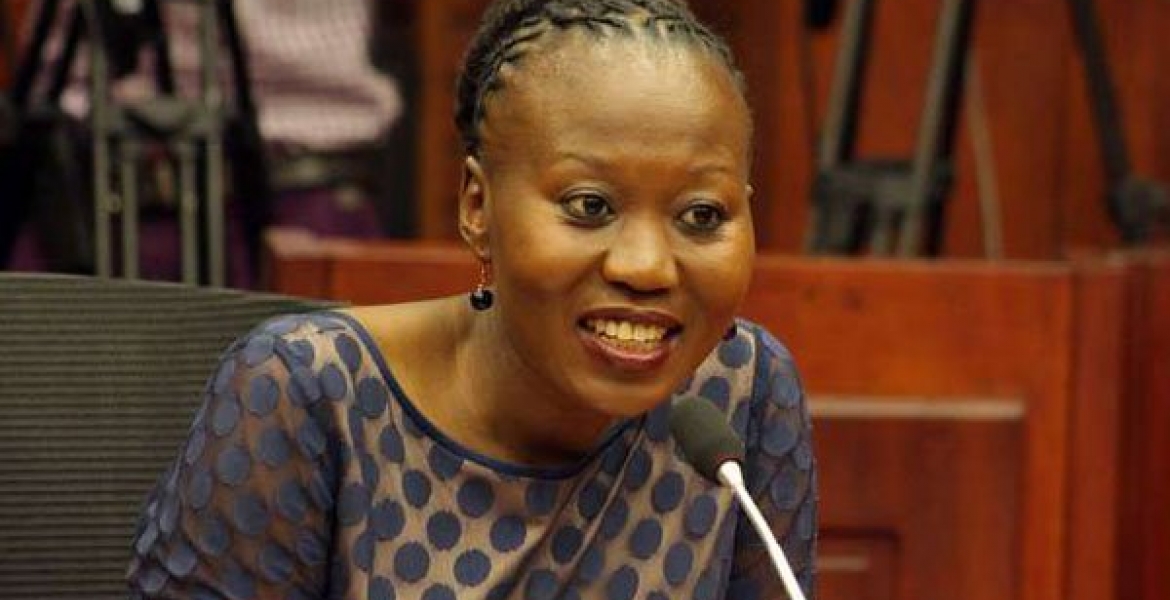 Speaking during an interview with KTN on phone on Wednesday from New York, Akombe said that the IEBC secretariat has been frustrating the commission's bid to hold a credible election.

She noted that chairperson Wafula Chebukati had been held hostage by a section of commissioners using their numerical advantage to overrule the chairman's decisions towards holding a free and fair poll, a claim that was confirmed by Chebukati in his statement on Wednesday. “As a lawyer, I cannot continue to be pushed by majority commissioners to accept legal opinions that serve partisan interests and are not grounded in the Constitution or law. This is intellectual dishonesty for which my professional training demands that I abhor,” he said at a press conference at the Bomas of Kenya.

Akombe revealed that the majority commissioners, for instance, frustrated Chebukati’s attempts to have an alternative firm another, other than the controversial Dubai-based Al Ghurair print ballots for fresh election. Akombe said: “When the chairman puts forward some proposals on what we can do better, it is the same commissioners who are saying no."

The time within which the SC decided that repeat election be done would not have allowed for the process of hiring another printer.... The moles were too busy, and in such a hurry, to fix UK but their errors and omissions exposed them... Now caught, they are trying flimsy explanations. Akombe, your intentions were NOT good. Good riddance, I say!

Can Richard Onyonka tell his baby mama to take a breather and stop digging herself in a grave.

If anyone is confident with their numbers, clean iebc thoroughly then go for elections.

I abhor people who resign then go on overdirve to criticize those that they left behind. Roselyn, if you loved your job and your country so much, you should have hung on and fought from within. Now after have "un-shackled" yourself, you are showing disdain for those you left behind, and are trying to use all manners of methods to disredit them. Why are you so quick to rush to the media to discredit Chiloba? Nothing makes you sound like a real mole than these actions.

There is no bombshell here...

It’s high time ms akombe shut up.she is a disgrace to the country.you dint care cause you had a second home.why now run your mouth in all tv stations .you are behaving like that idiot old man .you should have opened your smart mouth while in jamhuri.you think your baba deserve the seat through the back door.i wonder how you work in that UN you are bragging about like its your dads property.you suck

For the sake of our beloved country ,don’t talk about something you don’t appreciate you sellout.you are the worst animal than those on the street throwing stones in the names of reforms.
Too hypocrite and pretense.you behaving like a real Tom .its worse to steal with a woman because at the end of the day she will wash those dirty linens in public.here we go

Ati SELLOUT??
Are you OK??
Msando was killed and his hand chopped off.
They were threatening her and she feared for her life.
She did the right thing.
Only an idiot sits there and waits to be killed.

IEBC employee Msando was killed and his hand chopped off.
If I was Akombe, shoo...I would have quit too.
My safety and life take priority over a JOB!
Especially a job where everyone is UNDERSIEGE

Akombe having resigned had no credibility. Her testimony is no different from a traitor whose demands and preferences cannot be viable. She failed in her mission, she should not destroy IEBC, now that she is eloped. In other words No one cares, keep spilling what we all know.

to he'll with your smartmatic and your masters at UNDP

to he'll at wewe

Postpone the election until we identify the people who killed Chris Msando. It's the killing of Msando that compromised the August 8 election.

Kenya cannot continue to be run by unpatriotic Kenyans. After the election of 2007 over 1,300 innocent Kenyans were slaughtered, roasted, and shot and yet we behave as if nothing happened! Almost 10 years later, nobody has been arrested, prosecuted,fined, or even jailed. It's this atmosphere which has become our national culture!

Jacob Juma and Chris Msando were killed and yet their names are slowly joining the ranks of the many thousands of Kenyans who have been killed since the killing of Pio Gama Pinto in 1965.

The election must be postponed until the state organs tell the nation the people responsible for the death of Chris Msando.

What's the hurry? We can have an ad hoc government now and vacuum our nation of the mess that we face before we agree the most appropriate day to conduct a free, fair, and credible election after the state arrests the people responsible for Msando's death.

THE PATIENT IS TERMINALLY ILL

Her reputation is completely irreparable. You do not run away from your job. In the military, the label it AWOL. And now she is everywhere giving stories. Ha!

But she was not in the Military.
IEBC is just an electoral body.

Great leaders do not run away from your jobs. She did! She eloped and it is cowardice.

You people in nubile or jubillee supporters you are to forgetful.DP Ruto organised the burning of the church near Eloret where kikuyus church was burned and do many of you uthamaki died and yet Ruto is still thumping chest around