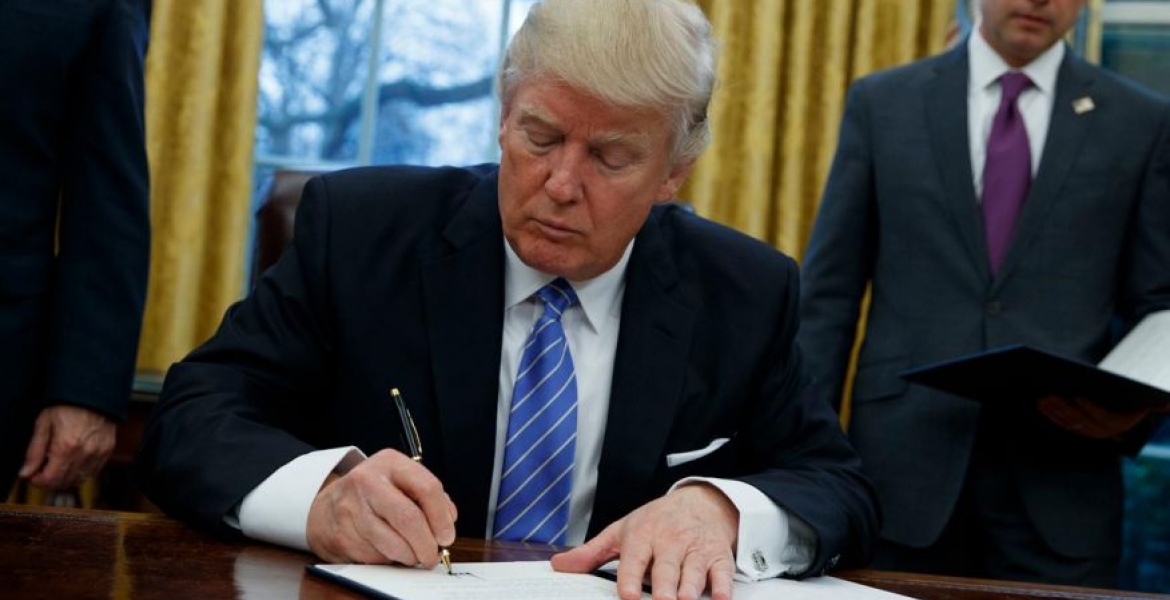 Low-income immigrants legally living in the United States, including Green Card holders, are set to be forced to repay aid received from the government in the latest proposal by President Trump administration.

In a memorandum last week, Trump said foreigners living the US must be "financially self-sufficient."

"To protect benefits for American citizens, immigrants must be financially self-sufficient," Trump said in an announcement of the plan.

The plan requires immigrants living in the US legally and receiving government aid to provide reimbursements for this aid.

However, critics argue that such a move will unfairly punish low-income immigrants, who need aid to kick start life in the US.

“Trump will do anything to send immigrant families the message that if you’re not white and wealthy, you’re not welcome — or even safe — here," they said.

"And he doesn’t care that children and entire families will be harmed in the process."

While defending the plan, the White House said many immigrants take advantage of US generosity, pointing out that 58 percent of all non-citizen households’ benefit from at least one welfare program.

Last year, government officials said they would be enforcing a law requiring immigrants to "show they can support themselves financially."

The devil is in the details. Trump is probably referring to US citizens of immigrant parents.

Maree Pta I never believed in spell casters until my life fell apart when my lover of 3years decided to call it quit. I was so devastated that i had an accident that left me bedridden. After 9 months of emotional pain and languish, a friend of mine introduced me to vuka,. In less than 72hrs i saw wonders, my Lover came back to me and my life got back just like a completed puzzle... am so happy.. thanks am so grateful as you saved my life. call +27614837516

...and that is how you got a Green card?

This requirement is a show of how lazy people have no place in such a big country. Wazembe wake kwao.

Today I woke up at 4:30 AM to start my day as usual. However, I noticed my landlady's daughter through my kitchen window, sitting quiet and lost in thought in their living room. Just yesterday I heard Nereah complain that the young lady was vomiting in the balcony. I think I need to leave this premise before someone accuse me of anything.
Let no one think that I am guilty. There is this Greek belief, widely held among the Athenians that "when a god is in pursuit of one evil soul, many innocent people are stepped upon in the quest for justice." That woman can be irrational sometime. I am not a coward, I'm just careful.
You see, last month, this young lady came to ask for wifi password to update her phone. As usual, I was alone in the house, though in the bathroom. By the way, who else has done that cheeky naked bathroom-bedroom run? I didn't know that the door was open and she had come incognito. She saw everything, and just like blackmail, I had only two options to make this matter rest. Kill her or feel her.
You know, I was born lazy except in bed. Growing up, when my peers were playing football outdoor, I always found myself sneak into the girls' corner and assumed the baba role in their "kalongolongo" games with huge responsibility. Back to this story, I know you wouldn't believe me when I say men have safe days too. I was safe that day. A story is told of an elephant who met an antelope running because the government was arresting goats. The elephant asked, "why are you running and you are not a goat? To which the antelope responded, "it will take 10years in Kenya to prove that in court. The elephant too started running.". Colleagues, my moving out is part of being coutious. Nothing to do with the case.

My Fren, hio ni talent uko nayo! Too bad unai-waste hapa kwa comments instead of looking to get published. Funny and very witty.

Ensuing litigation will make the proposal a non-starter.

well he has one problem,this aide is tax funded all green card holders pay taxes.so he would have to refund those taxes if he wants the aide to be refunded..