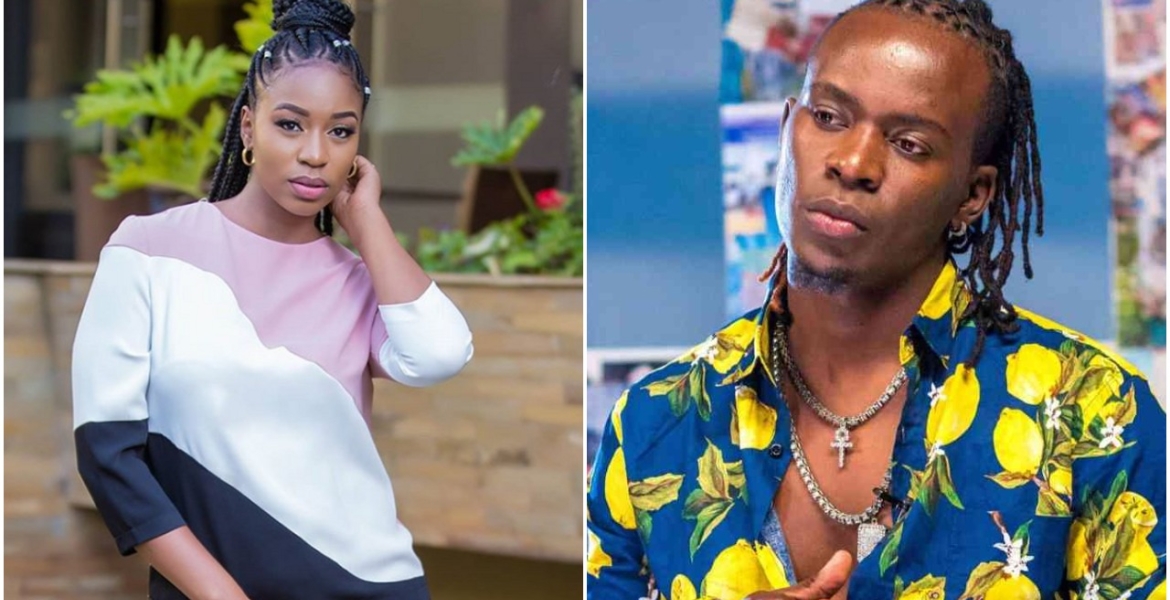 Celebrated singer Willy Paul claims he has lost business deals worth nearly Sh100 million after he was accused of attempted rape.

This includes a Sh10 million deal by a telecommunication company, Sh4 million by a mattress company, and an international recording and distribution deal worth Sh82 million.

“Thank you you’ve won, I’ve lost a deal worth Ksh10M from a telecommunication company, Ksh4M from a mattress company and an international recording and distribution deal worth Ksh82M. Thank you very much. You’ve won,” he said through Instagram.

Diana, who recently ventured into music, released a video last week claiming that Willy Paul tried to rape her three years ago in his house.

“He came on top of me and started pulling my skirt up and tearing my top…I’m trying to scream for him to get off me. As I was screaming this guy was choking me... so eventually akaniondokea and that’s when I got the chance to open the door and run away.”

“My top and skirt zilikuwa zimeraruka…nilikua nakimbia kama mwendawazimu until I spotted a motorbike that helped get home. I have been pushed to tell my story… Willy Paul you attempted to rape me,” an emotional Diana narrated.

Willy Paul has strongly denied these allegations, saying they are choreographed and ill-intentioned.

“I know people will not believe me, but whatever you (Diana) said about rape is a big lie. That’s a big lie. I have never raped anyone. Tell your husband the truth. Tell him you slept at my place on your own volition and whatever happened thereafter was with your consent. Whatever allegations you’ve leveled against me are falsified and you know it,” Willy Paul said in a rejoinder.

The ‘Jigi Jigi’ hitmaker has threatened to take legal action against Diana for tarnishing his name.

Why are you bypassing the serious matter of rape to the money that was supposedly missed... I hope if this was your female relative you would think of her first rather than the perpetrator...

Pure BS
I wonder if this so called journalists at Mwakilishi verify garbage they post here? 96 million really?

Why don’t you do your own research before commenting pure bs?

The current female looks normal by the media standards. In private they are a pain in the butt.

She should be presented to men as damaged goods.

Relate with them at your own risk.

Alternatively "sonkorize" your encounters. Those Sonko recordings are a lifeline.

A woman must really be evil to frame a man of attempted rape. Like wise a man who rapes awoman is truly amonster that belongs in a cage called prison,minus his nuts.
From the article, I dont see any evidence on either side,and that's probably because its being with held or the incident never happened...
However, the crooner says,"...whatever happened there after was with your consent" What !does he mean that there was consensual hankypankying?
With this ME TOO movement still ahot topic,I would be very careful with my wealth,and reputation.Yes, I know it takes the fun out of romance,but its better than risking jail term. Unfortunately,women hold the power on this issue over men.And some exploit it for various reasons.The best thing for men is to avoid situations that might lead to exploitation.Put that"small headed beast" on a leash .My two cents.

Comrade Maxiley,
Right on point.
ME TOO MOVEMENT WILL BE USED TO DESTROY ALOT OF MEN, The problem is, it only targets you if you have MONEY.
I bet we need to super glue our little heads.

A good name is to be chosen rather than great riches,
Loving favor rather than silver and gold.

2 The rich and the poor have this in common,
The Lord is the maker of them all.

3 A prudent man foresees evil and hides himself,
But the simple pass on and are punished. proverbs 22.
May God help you to get you back serving Him instead of serving the devil in worldly music.

Only the two knows what actually transpired and the whole truth is with both of them. What I am saying? Maybe it happened and fear of being ridiculed, shame, stigma etc shielded her from speaking up. Maybe it didn't happen and there's a motive behind the whole thing. One of them need divine intervention!.