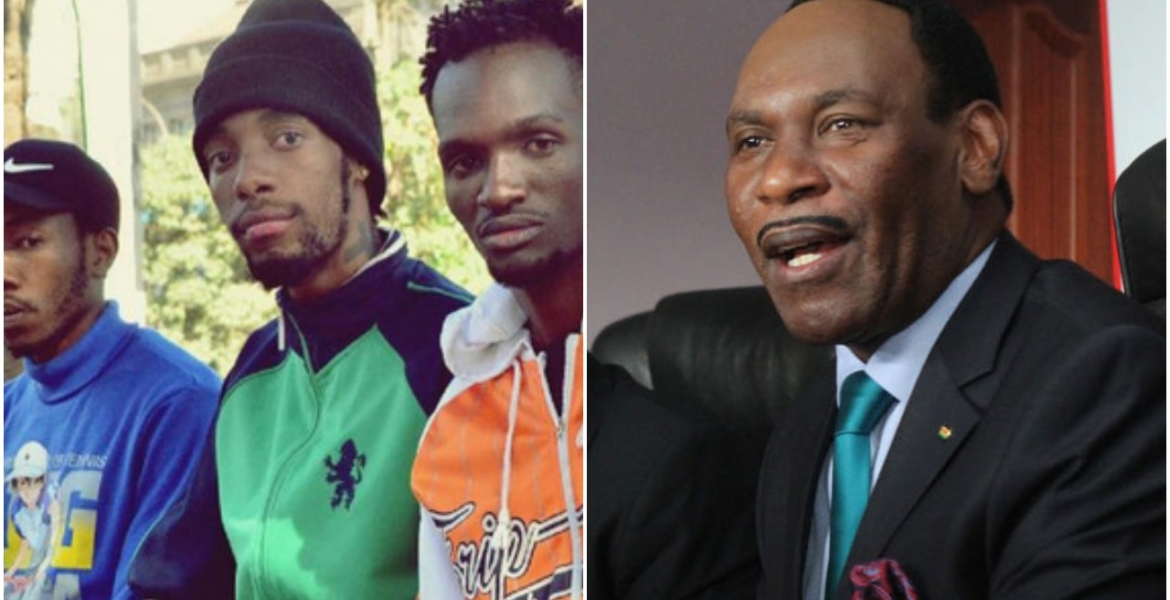 Kenya Film Classification Board (KFCB) CEO Ezekiel Mutua has called for the arrest of the Kenyan musicians and producers behind a song dubbed ‘Soko.’

The moral policeman asked the Directorate of Criminal Investigations (DCI) to apprehend the artistes, claiming that the song roots for rape, prostitution, and pedophilia.

“Do these perverted producers have children? How does a sane adult try to normalize rape, prostitution or pedophilia in the name of gengetone hits?”

“The video Soko by Ethic Entertainment is a despicable piece of immorality that should be condemned by all right-thinking people,” Mutua said through Twitter.

Mutua further said he contacted Google and demanded the video be pulled down from YouTube, adding that he will push for the suspension of Ethic Entertainment’s channel.

“We have gotten in touch with Google, who owns YouTube. We want that channel suspended. That video is disgusting. It’s promoting child abuse and pedophilia, we cannot condone it,” Mutua told a local news site.

“We are also going to pursue this matter with the Directorate of Criminal Investigations (DCI). This time, we are also going for the producers, not just the artists. I mean, why would you produce such content? We will begin shutting down those studios,” Mutua added.

This is not the first time Ethic Entertainment, a Kenyan gengetone music group, has landed in trouble with Mutua. Last year, Mutua banned their song ‘Tarimbo’ over allegations that it was promoting rape culture.

“When they did Tarimbo, it was terrible, and they were given a warning. They were informed that if they continue putting out such dirty content, their channel would be suspended,” said Mutua.

Put him in sex offender registry.