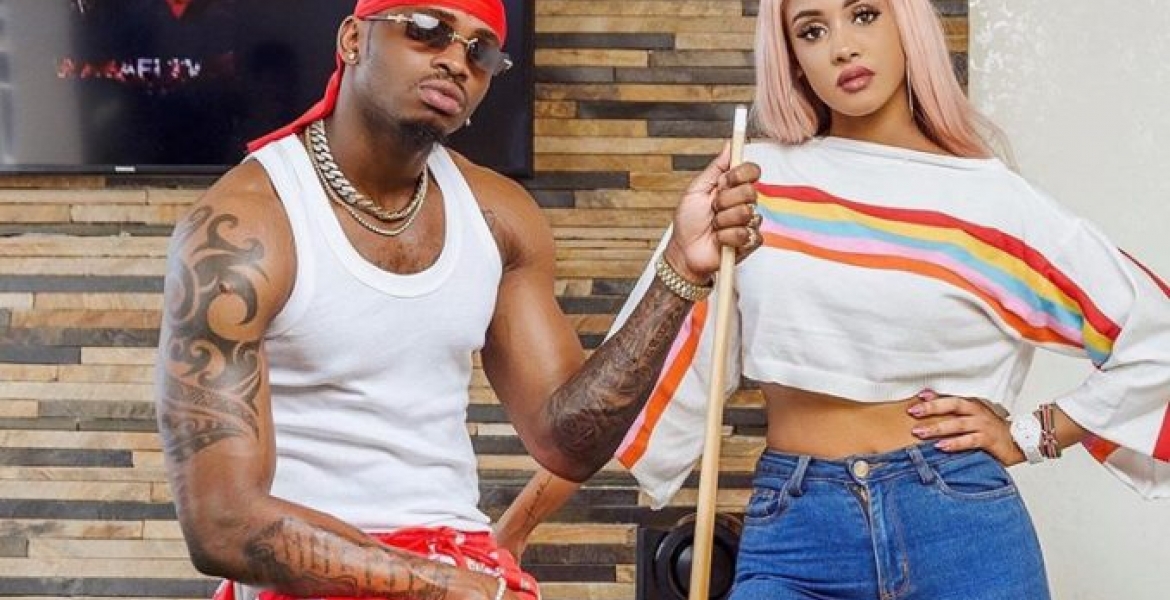 Tanasha Donna has hinted she has ended her relationship with Tanzanian singer Diamond Platnumz.

This comes after she deleted all photos of Diamond from her Instagram page and posted messages that appeared to suggest that the two had parted ways.

In one of her posts, Tanasha urged women not to date men she described as “narcissists”, adding that she will never sell her soul.

“A narcissist is disrespectful, insensitive, controlling and disregards your feelings. Narcissists like to provoke negative emotions in others,” she wrote.

She added: “It is like dancing with the devil. Forgive them, walk away and let God deal with their karma.”

“I will never sell my soul, and I can back that.”

This comes about a week after Tanasha released a new song dubbed Gere (Jealous) featuring Diamond. The hit has so far received nearly five million views on YouTube.

The two began dating early last year, about a year after Diamond separated with his former girlfriend Zari Hassan, a Ugandan socialite. Zari said she dumped Diamond for cheating on her with many women.

These Tanzanian musicians are simply whores who go whoring across the borders carrying their music instruments, well I guess they are international whores. And why would Mwakilishi think this is news anyway. Yesterday it was the local whores akina Vera etc smh.

She thought she was better than the ones before her.You are assured of child support for the next 18 or is it 21 years.He is already looking for the next yellow yellow .You will have to explain to your son why his father has so many baby mothers .On a side note in my opinion you cannot really sing keep your day job maybe that is another reason he dumped you.Singing genes cannot be passed on by osmosis.

At least she is trying to sing,if you think you're better than her then release a music video,
You can't hit someone who's ready down

Also:
Also a Narcissists (Baluhya men), are Men of excessive need for Admiration, Disregard for Others' feelings, an Inability to Handle any Criticism, and and have SENSELESS senses of Entitlement.
Nb:
1. Criticise them on WHATSAPP Group, and they'll Block you as if WhatsApp ni ya Mama zao.
2. Call them out on MWAMILISHI.com, and they go CRY Babies to Block you.
3. They're Lazy Domokayas, Fitinis, Parangotos, Vibogoyos (toothless), and Bend-overs (aka Nyemelearers). Sissies kabisa.😆😆😆

Waah! What did Luhyas do to you now?

It's how they behave; Insecure and SENSELESS.

A few years ago, some bible thumping luhya guys in Houston keshad in his house and ran a train on his woman. After his witchcraft failed to work on the them, he resorted to Mwakilishi to hurl insults.

Actually what you have described here could fit any tribe in the world...Including wazungu from all corners of the world. When are you going to stop ranting about Baluhya men?
And as a christian, I would hope that your brain,and common sense tells you that not all baluhyas are the same...just like all christians are not the likes of Ng'ang'a. At least be fair.From your ranting, Iam beginning to think that the Luhya men you have met (bedded)are the best lovers...

What? I should try Luhyas eh? Let's do a body count; Kisii - too girlish, Kyuk-don't care about pleasing partner; Luos - very bad sex, Zungus-fantastic foreplay the rest meh, Benin/Cameroon - now these will make sure a woman gets to that cloud 9 before they get on it but terrible liars. Kambas/Latino/Indian/Chinese - these do not ring a sexual bell.

Alikuambia Inama ukainama! akakumabia blowisha ukablow! sasa amekuambia pack & leave! Ahh malaya
Next in line please>>> hiyo kitu haikuangii na mileage so rip it, give it out, guys will never run out of juice! so you know!!

You can take a fellow out of the mitumba business but you can never take the mitumba out of him.