US Reality TV Show 90 ay Fiancé Features Kenyan, Akinyi. Follow Her Journey As She Moves to the US on a K-1 Visa 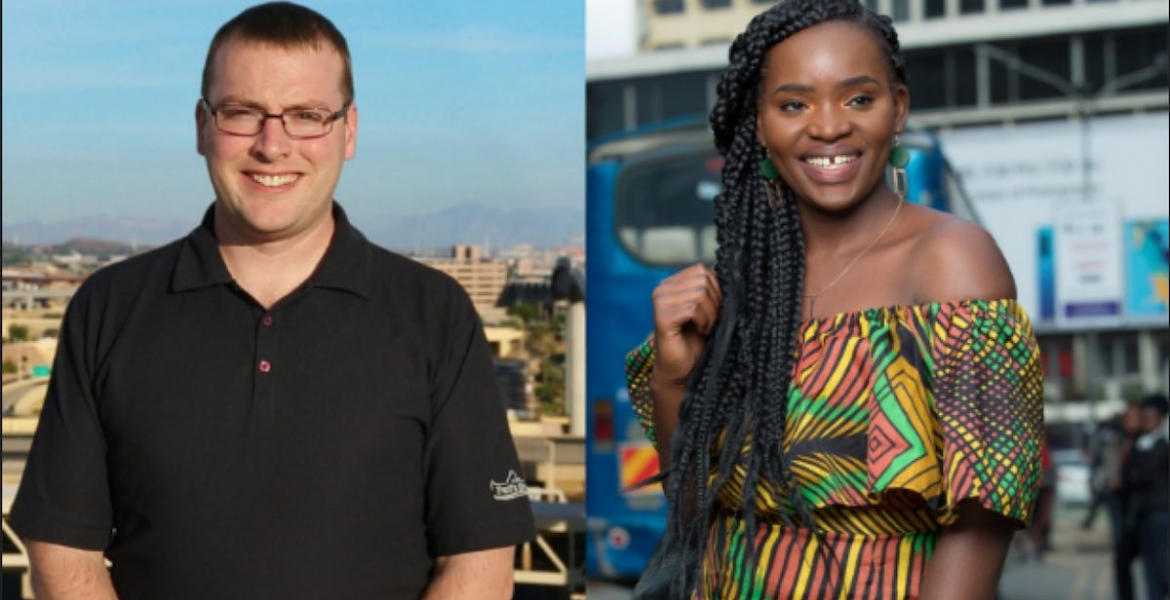 A Kenyan is featured in the current season of American reality TV show 90 Day Fiance: Before the 90 Days.

Season 3 of the show, which premiered on Sunday, August 4th on the TLC channel, features among others Akinyi, a 25-year-old Kenyan woman.

90 Day Fiance follows couples, with one partner being American and the other a foreigner. In most cases the couples met online and in some cases they have never met in person. The show follows them as they meet in person, apply for a K-1 visa for the foreign partner to move to the US, and then decide whether to get married.

Akinyi is engaged to Benjamin, a 33-year-old divorced man from Arizona, USA and hopes to move to the US, get married to him, and have him petition for her a green card so that they can live together in the country. 90 Day Fiance introduces their relationship this way:

“As a divorced father with a five-year-old, Benjamin wasn’t having much luck with meeting women from his hometown, so he broadened his search and found Akinyi. Benjamin now has his bags packed for his first-ever international trip to meet her in Kenya and ask her parents for her hand in marriage. It won’t be easy, as Benjamin is not only the first boyfriend Akinyi has ever introduced her family, but also—as far as they can remember—the first white man to visit their village.“

Other couples on Season 3 of 90 Day Fiance: Before the 90 Days are:

"My people die for lack of knowledge" This is an interesting psychology in this TV show. It is encouraging intermarriage between Kenyans; Africans (black man) and the "whites" for that matter when racial tensions in USA are at their highest.
After phrases like "shit-hole" countries.
Western countries are making their countries "White" again. While "the so called blacks" in America have died and are still dying for marrying whites, or even looking at them- case in point Emmet Teal, what is changing?.
Is there a new policy to encourage interracial marriages as the 400 years of "black mans" enslavement in the four corners of the earth come to an end? As the world power is being changed from one nation of people to another?
Just a thought!!!
Everyone now need to question the motive behind this and everything else. " Trust but audit" Everything is done for a reason.

No, this program does not encourage interracial dating but encourages dating whoever you love. See a lot of whites in this program have gotten their spouses from Europe and Asia. I have only seen one African James from Nigeria. But again, you marry whoever you want.

Bedwenching for a green card😃She'll come to US and realize how racist the family is!

Especially if she overstays get Welcome.

He was not meeting women in his hometown because he fell short of meeting their standards.
I may be wrong, but those wazungu who hunt for black women in far way countries have this SLAVE _MASTER mentality,and that is, she will come to this land of opportunities and worship her savior.There are blacks in America,for that matter even black africans .Ask yourself why he is by passing them when he does not have to go that far?Yes, its because they wont bow down to his demands.And for Akinyi, that subservience is worth coming to America,and fleeing poverty.Fair deal?
Some may claim that on the internet is one of the modern way of meeting people.Well probably,but it is also aplace where most dont tell the truth,and due to the distance,its usually had to verify,till when its too late...
I believe that it takes certain kind of people to find dates online.What happened to friends, neighbors, relatives,or even oneself going to social places like churches. Even if you are not religious,just go to church and"trap" one of the holy sisters...

@maxilet I couldn’t agree more with you.. recently travelled to Paris only to meet a Kenyan fine lady aged 24 years pushing a wheel chair of so called husband. I bet the young girl hopes to inherit the old mans wealth however one has to realize before they get dimentia they already have a will. The man is smart enough to know now French woman will wipe his behind and if they do it’s at huge cost but for Africans especially Kenyans will shamelessly do it even at no conjugal rights.. at what point does anyone respect their values ? Traditions etc.. Wacha Ujinga wanawake wa Kenya