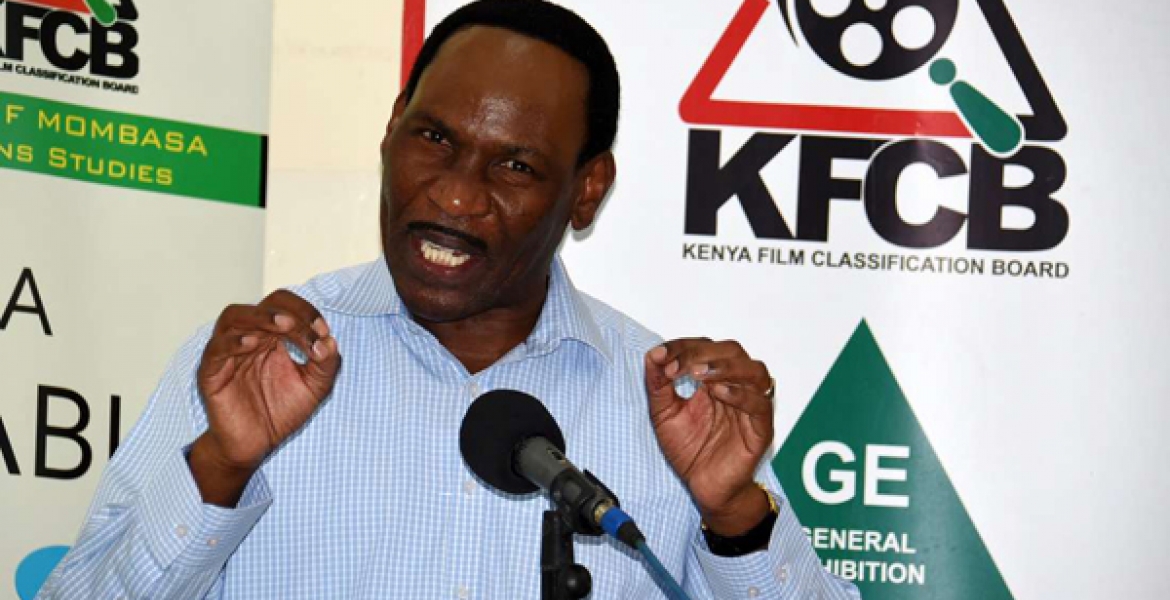 Mutua, who expressed his disappointment after High Court on Friday lifted for seven days the ban imposed on the controversial film, claimed that several foreign organizations are using homosexuality to market Kenyan film.

"Shame on those foreign NGOs who want to use gay content as a tool for marketing the film industry in Kenya. Shindwe!" "What pleasure, pray, does a person of a sane mind find in watching girls having sex with other girls?" he added.

The Kenyan 'moral police' said his agency will be pursuing those behind the film and urged Interior Cabinet Secretary Fred Matiang'i to deport them.

"The gay film Rafiki, is funded by almost 30 foreign organizations. What foreign agenda is it pushing and why? Our next target will be these foreigners operating in Kenya to ruin our moral fabric. They should all be deported. Over to you CS Matiangi," he tweeted.

Rafiki, which is directed by Wanuri Kahiu became the first Kenyan film to premiere at the Cannes Film Festival in France earlier this year.

The movie is about two young girls who fall in love with each other despite their parents holding different political views. Ms Kahiu had sued the Kenya government after KFCB banned Rafiki claiming that it promoted lesbianism contrary to the law.

“I am crying. In a French airport. In such Joy! Our constitution is strong! Give thanks to freedom of expression!!!! WE did it! We will be posting about Nairobi screening soon," Wanuri tweeted after the ruling on Friday.

Mr.Mutua you will be shocked how much content is being accessed by Kenyans for the same you make more want to know what this film is about..Samathas it is hard to sensor with technology..fight it back with technology not media or earsay.

"Shame on those foreign NGOs who want to use gay content as a tool for marketing the film industry in Kenya. Shindwe!" "What pleasure, pray, does a person of a sane mind find in watching girls having sex with other girls?" he added.
YES!!! I agree with you Mutua 100%. But the most FOOLISH one here is the so-called "High Court".

He is not the right person to deal with this issue. He seems to driven by hate.

Gays are here to stay.Thats the reality.

"What pleasure, pray, does a person of a sane mind find in watching girls having sex with other girls?" he added.
Hahaha this guy is pissed he is missing out. He should take his lunacy back to the hole he came from. Kenya has more important issues to deal with especially the Chinese take over of the country. Those should be the ones to deport. The rate at which they are infiltrating Kenya clearly indicates mama mboga won't have a job in the coming months.

If mutua strongly believes that a"negative"movie can corrupt the mind then in the same logic agood movie can "decorrupt"the mind.So let the market place dictate.Let him create a movie he thinks will restore morals in the country Iam eeady to donate $5000,if he shows me the script.