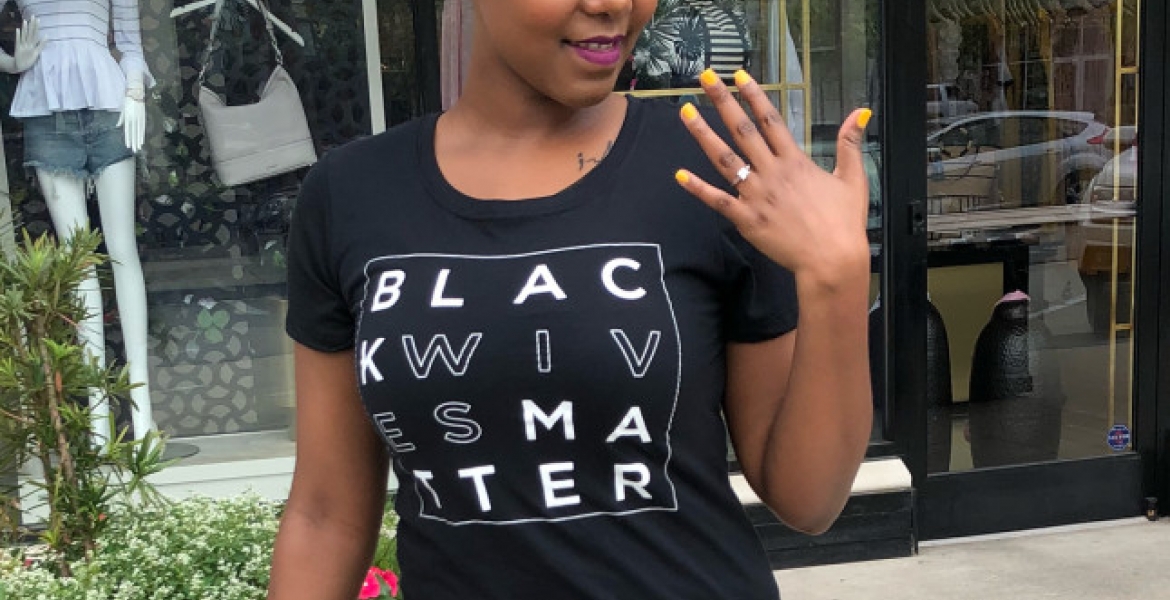 Kenyan actress Idah Alisha, popularly known as Olive has announced she is engaged to a new partner following a nasty divorce with her former husband two years ago.

The former Mother-in-Law actress, now residing in the United States, took to the social media to announce news of her engagement.

Alisha will allegedly tie the knot with her fiancée, Izrael Stephens, a Kenyan man based in the US, but details of their wedding are yet to be revealed.

‘’#BlackWivesMatter this Tshirt is everything to me right now!!!! Shout out to my Mr. for getting this for me and to @pastorandywocc for being the brains behind it,’’ she posted alongside a photo of herself showing off her engagement ring.

Olive moved to the US after separating with her wealthy husband, Upton, in 2016, barely two years after they held a lavish wedding in Nairobi. She accused Upton of assaulting her.

If you continue behaving the way you used to when on t.v, you aren't going to go far! don't think you're safe in the arms of American! Things will still go wrong & if you fura the way you used to on t.v,utachapwa! Kwanza know where you went wrong,heal & then step into hell!