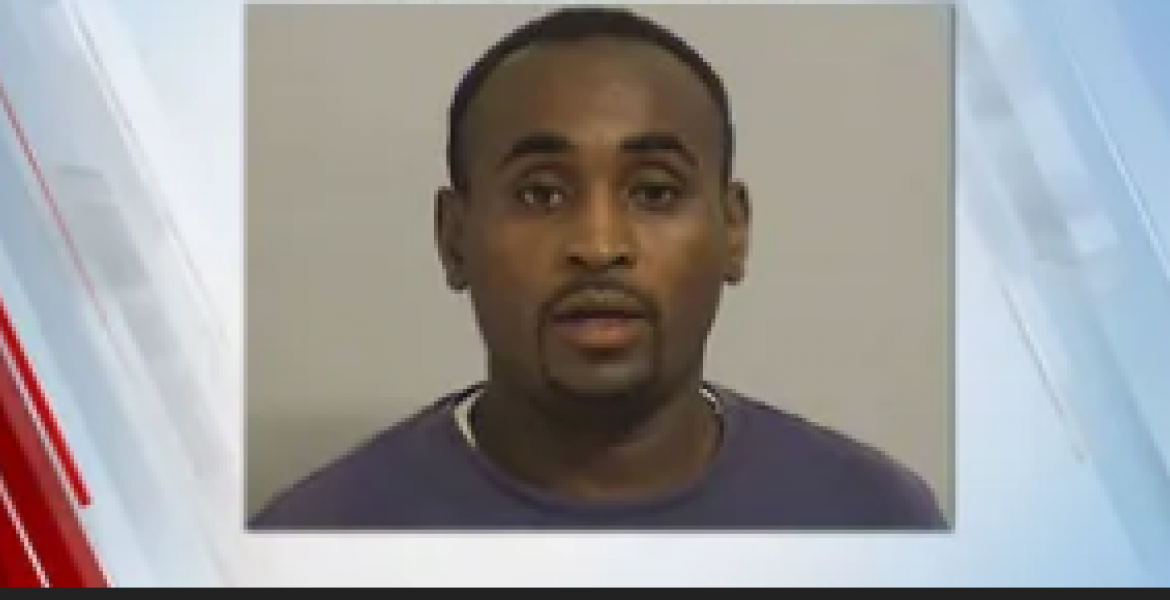 Police in Tulsa, Oklahoma this week arrested a Kenyan-born man who is accused of physically and sexually assaulting his former girlfriend.

Erick Wanjiku is alleged to have beaten, strangled, raped and kidnapped his former lover after she reportedly refused to have sex with him.

Police said the victim had two black eyes and lost a lot of blood after being pulled the stairs causing a cut on her head, according to NewsOn6.com.

Sgt. Jillian Phippen from Tulsa Police Special Victim’s Unit told NewsOn6 that the suspect was trying to flee the country when he was arrested.

“When you read a case that sends chills down your spine, and you know you are not going to leave until you make an arrest, this was that case,” said Sgt. Phippen.

Mr. Wanjiku was captured after officers received information that he was buying a flight ticket to Kenya.

“They got him locked up before he could make that flight, which was scheduled for Tuesday,” Newson6.com reported.

The victim told police that Mr. Wanjiku invited her to his apartment and began beating her after she declined to sleep with him. She said she tried to escape, but he strangled and raped her.

When she tried to escape again, he dragged her back up the stairs, cutting a wound in her forehead that caused tremendous blood loss.

"She finally convinced him, I need to go to the hospital because I’m going to die, and as they went out to the car, she ran away,” Phippen said.

When questioned after the arrest, Mr. Wanjiku said he did not remember forcing her to have sex, but if he did, he was sorry. About the rape, he told officers he remembered putting on protection but did not remember having sex.

Police also said the suspect wrote the victim an apology letter that read, “I take responsibility for causing you harm instead of being supportive and upholding you.”

Mr. Wanjiku was charged with domestic assault and battery, rape and kidnapping. The court ordered him to wear a GPS monitor and not leave the state without permission.

To wear a GPS monitor...

Whole lots of shit going down in the mid west, ain't it?

We are living with sick people.

Mental illness is real. I sympathize. This guy is sick.

Life down the drain coz you let your DICK control your brain. No is a no bro PERIOD! if u really had to, go find a whore and pay $30 or cheaper for some pussy given you have lived in North America for that long there isnt an excuse for your actions. Now someone will rape you in jail.

That judge should've ordered the sheriff to buckle that gps around this Wanjiku's Deck also.

For those of us who have lived in the West knows better. In the U.S you can be framed for anything when a female call cops on you, so let’s us not jump into conclusion here because we’re Only hearing one side of the coin. Remember! Being black and a foreigner isn’t a good mix here in the West especially NOW! May God intervene if the guy is innocent. Peace brothers.

MEN MEN MEN....PLEASE LET'S START THINKING WITH OUR BIG HEAD NOT THE SMALL ONE.