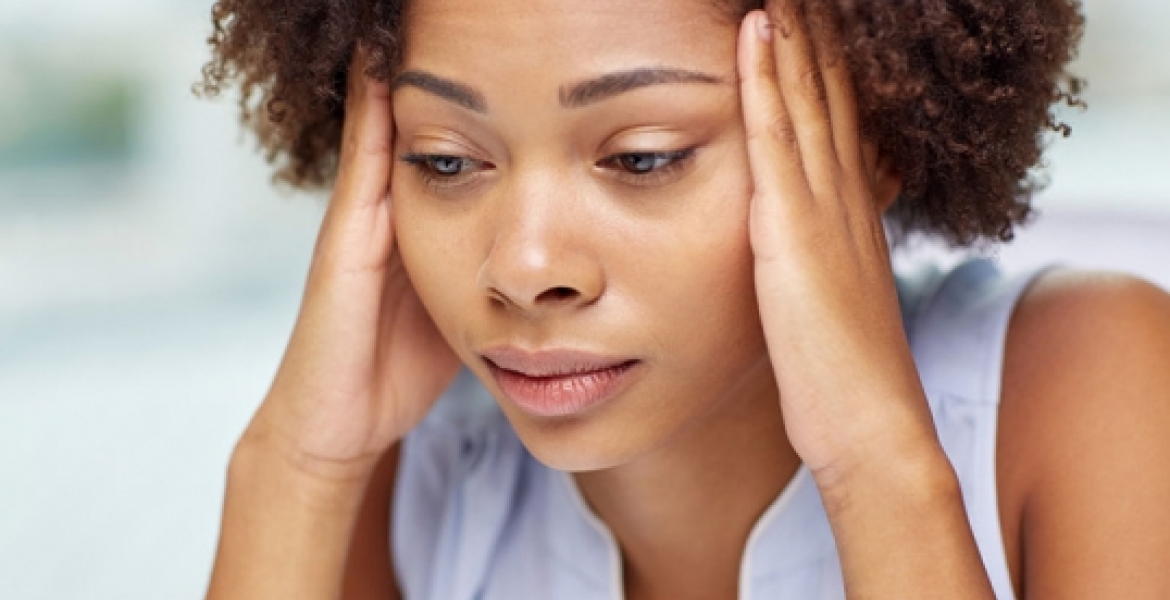 A social media engagement between a Kenyan and her relative living in the US has elicited a huge debate, exposing the agony Kenyans in the diaspora go through im the hands of their relatives back home.

In a post on Facebook, a Kenyan slams a relative based in the US, accusing him of being 'stingy' despite him being in the "land of opportunities (US).

Many social media users who waged in the debate attempted to find what could have prompted the confrontation between the two relatives, with many suggesting that the US-based relative might either have been conned or his family back home failed to understand the difficulties faced by their relative in foreign land.

The Standard decided to reach out to a number of Kenyans in the diaspora to get first hand information on their encounters with relatives back home.

During the inauguration of US President Donald Trump early this year, he announced intentions to deport immigrants. As usual, Kenyans took to the social media to generate memes on Trump's announcement. Photoshopped images of black Americans readying themselves for deportation among other memes went viral.

“Hawa watu wa diaspora wakija lazima tuwafanyie counselling. Most of them have been washed properly by relas back here!” one Kenyan lamented. (These diaspora people will need to be counselled because many have been taken for rides by relatives back here).

These picture was clearly painted by some of the confessions by Kenyans living abroad. Many who jet back home are shocked to learn that the dollars they send back home are misused. They learn their relatives have been 'conning' them.

Paul Oloo, a Kenyan based in Germany, said that although he has not been a victim, he knows a couple of friends who have been treated to a nasty situation of being conned by their very family members.

“Most Kenyans living abroad no longer trust their relatives back home, of course, many being cases of once bitten, twice shy,” Paul says, adding that it is no wonder that many diasporas are now turning to invest in deals that seem to give them “direct services”.

He continues: “Take the case of Simple Homes investment that turned out as scam. Many diasporas had invested in it because they assumed it was a safer haven than using their untrustworthy relatives to invest in real estate back home, but they unfortunately they got swindled too,"

Arnold Mureithi, a Kenyan working and living in the USA says that life in America is not a walk in the park aa he had initially imagined. Finding a good job, advancing his education and unfavorable weather as some of the challenges he had tussle with.

“It was tough for me, but eventually I managed to make enough bucks for myself and within a short period of time, I started remitting some money to a relative back in Kenya for my “development” plans.

“I sent enough money for the purchase of a piece of land in Juja and within no time, construction work for rental apartments started, or so I thought,” narrates Mureithi.

He was happy to receive regular updates and images of his investment on mobile app WhatsApp, all was going well for him, so he thought.

“I never imagined the relative could be taking me for a ride. I gave him my all and financed the construction for six months when I started raising some questions and he could not answer them. Shock on me when I landed back in Kenya and there was nothing on the ground, not even the piece of land!”

It turned out the WhatsApp photos of a construction site he was getting was from someone else’s plot.

Charles Owino, a Kenyan in London in the UK has a similar script to tell. Having made it from a humble background, he took upon himself to cater for his siblings and a number of them in his community, but he discovered a shocker.

“Most of the children I am sponsoring are doing well in school, particularly this uncle’s boy in a national school, but some relatives have taken my generosity for weakness,” Owino says.

“I discovered I was paying fees for a long married girl and none of my relatives who knew it cared to inform me. I felt bad and resentful about helping relatives again but for the few genuine cases, I have decided not to stop my help. However, I am wiser now, demand accountability and always do background check and serious follow-up.”

Charles, another diasporan cries on how relatives back home think that money is easily earned in abroad.

“This is the reason some misinformed relatives will not hesitate to want to use your hard-earned money to finance their reckless lifestyles,” he quips, adding that for some, they have to do more than three jobs to make enough cash.

Rebecca Kathini*, a Kenyan based in Switzerland said her two relatives arranged to fleece her hard earned money.

“My two siblings, a brother and a sister, faked my niece’s strange sickness and used it to win sympathy financing from me. I was even sent fake evidence of doctor’s reports and scheduled visits to India for specialized treatment, prompting me to send more money! I am an orphan and was constantly and only in touch with my siblings so I had no one to get the real picture from.”

For her, she was lucky as one friend of Rebecca’s sister disclosed to her the dirty plan on Facebook.

“She told me how her best friend, my sister, and my brother were fooling me to finance their lavish lifestyle in the city.
Initially, I didn’t not believe her until she sent me real photographs of my otherwise healthy two year old niece unlike the fake ones of a sickly baby I always got from my sister and brother. I was shocked and after confronting them, none of them even seemed remorseful,” Kathini narrates, adding that the incident made her so bitter that she no longer yearns to travel back home.

No wonder Many of Them Kenyans Are Suffering Under UhuRuto kwa Ajili ya KARMA. What Goes Around Comes Around. Hah!

What's that got to do with uhuruto? You just being... mean

Who is mean? The Suckers or the Suckees?

Yes some of the relatives became thugs stealing from their pple in diaspora.Especially it's sickening when yr parents steal from you.But I blame the diasporas coz u need a neutral friend who u can b sending to b passing to check if the investment is going on.Also if u don't trust yr pple buy land thru the banks or recognised estates like knight frank,saccos e.t.c.If u want yr pple to oversee yr minjengo visit a witch doctor who will help you incase they start stealing n tell yr pple warning them if they steal from you they will either go kuku or eat grass on the road side.All this things will protect you.And somebody should not say that devolish(coz it's something which works n practiced heavily in Kamba land,coast west Africa n New Orleans in USA n etc.

Mkenya HALISI. These ComMent and think DISSPORA is on Venus (thinking that You'll NEVER visit to see for yourself the "projects". So what I have been doing is: Abruptly and Without Warning Keep on Dumping All of Them "relatives and friends" like Hot Bricks. And the more I do it, the more I Leave Them High and Dry in their shame; and the more I gain my Personal and Economic Independence.

Mkenya HALISI. Sorry I meant to say "These Conmen think DIASPORANS are on Venus...."

Since you are in Kenya are you conning your brothers and sisters who are here? The way you tell so many lies is an indication you lie & swindle your family first. Charity begins at home

Mkenya halisi can you be serious stop talking of witchcraft and all that kasia.

How do you entrust to someone to oversee a mjengo of millions when they have never seen a hut to completion? run you a business when the cannot keep stock of a kiosk? take your nieces to private schools, yet they themselves attended a village poly and "turned out ok"? while until recently when the country opened up, you created this rosy picture of majuu? I think as mkenya halisi claims, many are out of touch and hence the many casualties-me included. I agree with this preacher who advised," keep your Thinking in your head, Christ in your heart BUT Money in the pocket"

For every two that are conned, there is one that isn't because they proper follow up and their project(s) are thriving. You won't here that because it is not as sensational as a storyline of those who've been smothered.

You are wrong.... Your writing betrys you....You are a conman/conwoman.

My motto has always been: When you steal from me, you steal from yourself. Changu ni chako as far as my immediate family go, but when you go there, I may forgive, lakini never forget. I have experienced this from my two closest to me and the pain of betrayal is like no other for they take away the most precious gift among two people - TRUST.

Once trust is breached, nothing can salvage it, not even love as far as I am concerned. So now, I watch from a distance. But they know they can rely on me in an emergency.

I am very lucky , my brother and sister have always informed me of opportunities. They are ordinary wananchi with ordinary income but sometimes they would pay advance for me waiting for me to send .If it was not for them I would never own anything at home . It is a pity that some people in Kenya think money is collected in the street. They have no idea of cost of living from housing to consumption , education fee etc. if you are not sure of sincerity of your family don't send them money but go there if you can. This will protect them and you

@ wambui karago you have the best sister anf brother, yoi are truly blessed.

Guys tafuteni daktari Wa Tanzania n nobody will ever ever touch yr investment.U will still b sending them money to invest for you but I promise u they will never ever spend i n if they do they will face consequences.Our forefathers practiced vudoos n it still works!!But when we started following white Jesus we lost ourselves??So let's go back to our Gods which protected us as Africans!!!But it's upto 2u to choose.Thaai thathaiya ngaiii thaii.

Wish Mwakilishi could carry more of these stories to help us out. It really helps when pple engage and discuss what works for them. It also helps to have testimonies from specific companies pple have used in the past which worked with diligence to see their projects through. Mwakilishi help us out.

@Ougi, I second your comment to Wambui. She is truly blessed.

Last year nilienda home,my sister and one of my bro Were planning to eliminate me ili wachukue my properties.Evil is real