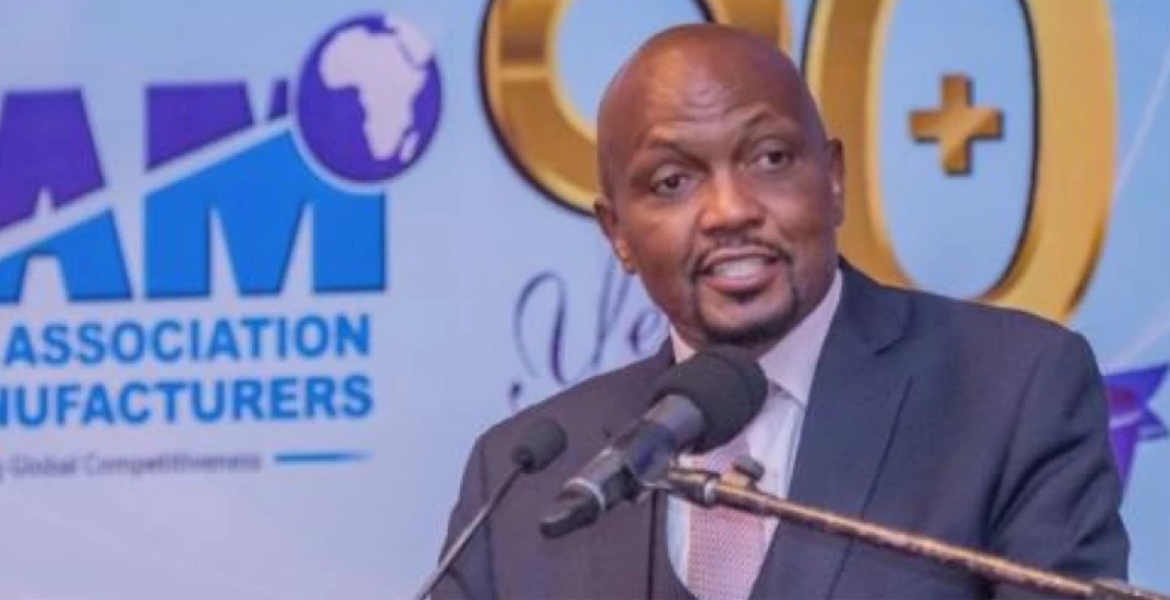 While pledging to empower the local textile industry to produce cheaper clothes, Kuria pointed out that Kenya exports locally-made fabric at a cheaper price than it imports used clothes.

“The price we are selling to America is much lower than Mitumba. It’s not a question of price, it’s a question of availability, and it’s a question of information. I will work with the textile industry and make sure that first we make the cheaper clothes available in this market, and then we will ban mitumba,” he said during the Changamka Shopping Festival in Nairobi.

Kuria lamented that the country’s textile industry only employs approximately 50,000 people, while in countries like Bangladesh, the sector employs more than five million people.

“Whatever is required for us to sell to our people the same way we are selling to America, we will do. Once the option is available we will do it like South Africa. South Africa banned mitumba,” he said.

Kenya is one of the largest importers of second-hand clothes in Sub-Saharan Africa, with most of the used clothes coming from the US, Europe, China, Poland, Germany, and the United Arab Emirates (UAE).

Kenya imported 184,555 tons of second-hand clothing valued at Sh17.8 billion in 2019, according to the Kenya Bureau of Statistics (KEBS). The mitumba industry provides for about 2 million Kenyans.

A 2019 survey by IEA and the Mitumba Consortium Association of Kenya revealed that 91.5 percent of households buy second-hand clothes worth Sh1,000 and below.

"Trickle down is dangerous. They branded business people's merchandise counterfeit & destroyed them. Now clothing enterprises are dealers in dead people's wares to be banned. Bottom-up, using TVET will assist these enterprises to grow from sewing, cottage to textile and leather industry," Ruto tweeted.

Kicomi, rivetex, mountex etc were killed by GREED. But instead of killing a billion KSH businesses, just make them more competitive . Impose more taxes on mitumba.

Comrade,Kora Kanini, we all agree that what drives people to buy Mitumba is that they get a good bang for their money.I remember when I was a kid, there were these shirts from Kicomi that shrunk into half the size after one wash.That kind of product is not going to replace mitumba. We need better quality at an affordable price.
I believe there is more to the companies you mentioned failing that competition from mitumba.True, introduction of cheap goods in the country would affect supply and demand of those on the market.But why did Mumia sugar company and Webuye paper mill fail? does only one know the economic impact of these two failures? Enormous.My understanding is that they were mismanaged. Why did KCC,and KFC fail? Did our leaders not see it coming? Are they not visionary? Apparently not...
I think we are focusing to much on mitumba instead of creating or improving other industries.My point being, there is no reason to revive rivetex, kicomi,and have them fail later for same reasons that failed them in the first place.It could happen;easily with corruption still rampant .

Banning mitumba kill some jobs in America and the Biden administration will not go for that. It will take nerves of steel to implement that policy. Ask Kagame of Rwanda.

Banning mitumba kill some jobs in America and the Biden administration will not go for that. It will take nerves of steel to implement that policy. Ask Kagame of Rwanda.

People who cannot feed or cloth themselves are a pathetic piece of human species! Whatever happened to us?

Yes. For our country to grow we must create jobs at home. We must abandon imported clothes. Moses Kuria is right. When we make our own clothes that have a taste of our culture and beliefs, then we raise taxes on the imported clothes.
There is a foreign policy applied to Africans that we have scrutinize.
In Africa, foreigners work to create dependency, so they can create power and need for themselves. We, as Africans but work to remove dependency and give value (jobs) to our people.
We must work to meet our own needs.
We should have a policy of importing only what we cannot make at home and export only what we cannot consume.
Raila is non-issue now.
Our government just needs to move on and fulfill its mandate the best way it knows how.