Just How Will Kenyan Single Men in the Diaspora Find Love?

Kenyan men in diaspora, as many people refer to it, are a vilified lot. They are missing out on love from their fellow Kenyan single ladies in diaspora as they have been accused of remaining in their old ways.  Kenyan men are finding it hard to get love in the diaspora as they cannot make quick connections with the local women, while their fellow Kenyan ladies immigrants are not eager for their attention. 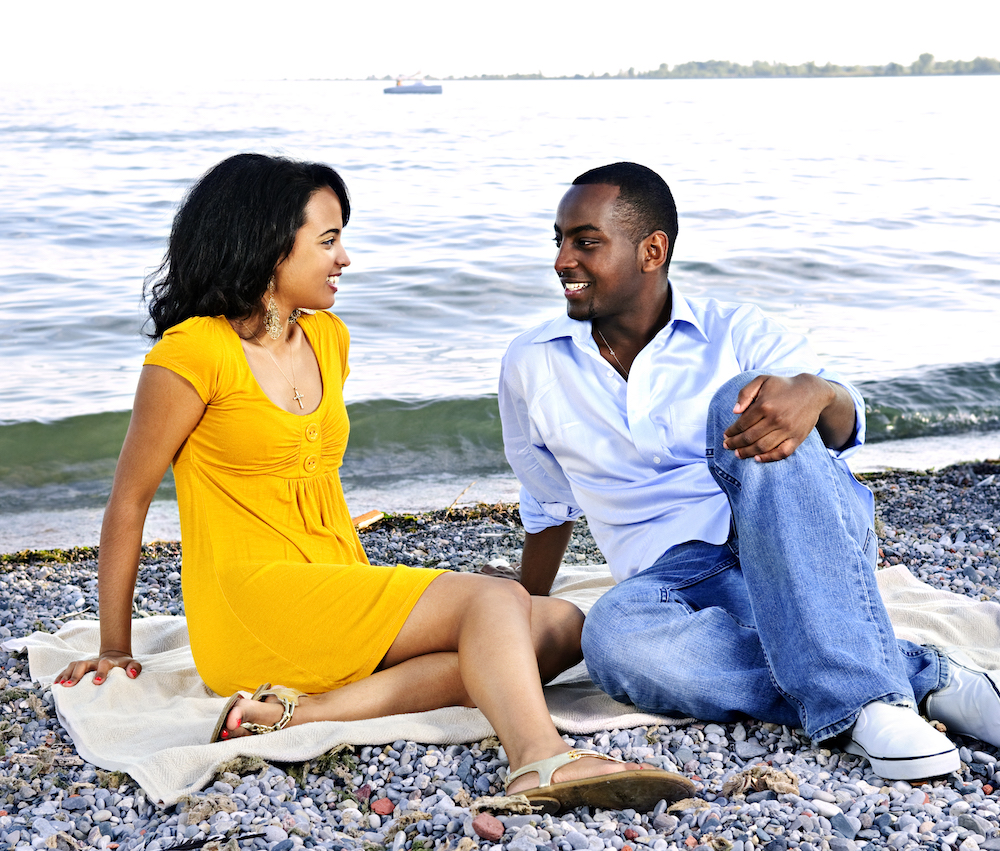 Kenyan single ladies in diaspora have complained that Kenyan men have remained stuck in their old ways, and carried over bad habits to the new land. Despite their new found fortunes, they refuse to give up bad fashion and stick to their ‘fashion sharp pointed’ shoes and cowboy hats. They find the best times of their lives when quaffing liters of beer and eating 'Nyama choma' roasted meat.

Kenyan men have also been accused of not being romantic compared to their white and African-American brothers. They shy away from public displays of affection and would not touch their lovers in public on the pain of torture.

While Kenyan single men have a wider choice in partners as American women are less inhibited, they quickly shy away from these relationships. Unused to women who are financially independent and outspoken, they find American women are little too overbearing.  They turn their attentions to Kenyan ladies only to find that they have acquired American mannerisms and taste.

Kenyan men find it hard to use technology to get love. Dating apps and sites are unfamiliar to Kenyan men, while actually they are best and quickest means to love. If they would only learn how to build pulling profiles, they could see quick changes in their love fortunes.

While public displays of affection are something of an oddity back home in Kenya, they are an expected feature for relationships in the diaspora. Kenyan men could learn at least how to hold hands in public if a kiss proves too torturous.

Reading through local fashion magazines and online blogs, Kenyan men could also learn a thing or two on fashion and trends. This could make their Kenyan sisters more appreciative and offer them a second chance.

Finding love in the diaspora should not be as hard as Kenyan men take it. Dating sites are plentiful and have unlimited romantic opportunity for Kenyan men. Rather than mourning over bottles of beer they should take the initiative and build their online profiles to meet their perfect match. Its year 2016 after all!

this is bullshit, there is a reason why most Kenyan men in the USA prefer white or asian or black American ladies over Kenyan women.

So, whats the reason?

i dont agree that Kenyan men find if hard to find relationships via technology. Its just that, technology takes away the human "face,and touch".
Not very body embraces technology in matters of love. Even the western world are still skeptical of it despite ,the so called social experts saying that,is the way of the future...

This is an advertisement for their website. Remember few months ago in TX. a dude katia another dude in the internet but it went sour. Kenya dudes know how to use the dating sites bwatha.

Waambiwe. I've been discussing the issue on this forum for a while but some people took it personal. We have nothing but love for and just need you to leave your ancient ways.

It's obvious the writer is a woman desperate to find a "pet" among Kenyan men after failing to snatch an Americano. Women have relentlessly done their best to change us men and they have succeeded to a point and that's why we have sissy men who plait their hair, who can't work for 2 consecutive hours without going to the bathroom to check on their looks, who go for manicure and pedicure, men who wanna sit at home and watch or play videos, men who are in denial that life is a competition after being convinced by womenfolk that "we are all winners", etc. Some of us will never be less of men so as to fit into women's ideals of how men should be. Luckily, there's a lot of p*##y out there for any guy who wants to try just a little bit. There are way too many women who want to settle for reality and not some fantasy about how men should be. Just ask some 30-something women out there doing everything they can to find a mate with whom to settle down

"Kiubani kiubanaga na ikunia" - A womanizer succeeds in his womanizing irrespective of whatever he's wearing (in this instance sackcloth)
Kenyan men, be yourselves and better still, as many of you already know, having a woman in your life in these western countries is a double-edged sword - she can literally finish you off using the law of the land which is very much in their favor. So, why bend so low to become somebody else only to be dumped like garbage in the future?

FYI - Kenyan men and women find love in Diaspora and live happily ever after. If you are having trouble finding love, just speak for yourself, don't rope in others into your struggles. They are happily married/dating other Kenyans, Americans, Asians, Britons, Australians, Germans, South Americans and many other nationalities.

You just keep on whining and complaining about there being no good men or women. The rest of us twaenda mbele.

They are marrying uncircumcised men from other African countries without knowing. Others with very weird cultures.

I am kenyan lady in abroad also and i would second you in some points,yeah,our kenyan men need to pull up their socks and leave their old ways but offcourse not all.

Nonsense post. We still get love from women,including ours

Pls let our men be. We should not forget our roots just coz we in diaspora. We love em sharp shooters