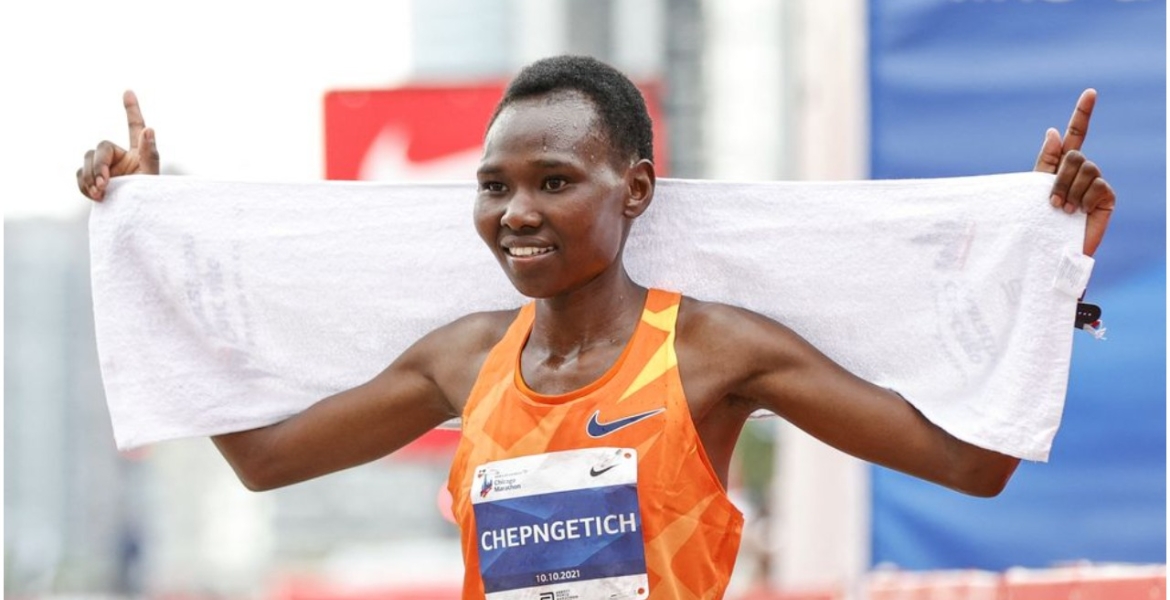 Kenyan athlete Ruth Chepngetich on Sunday made a triumphant US debut by winning the women's title at the 43rd edition of the Chicago Marathon.

“This is my first time in the United States, and I have to say I’m so excited and I’m happy for the win today,” Chepngetich said after winning the race.

“The race was good, it was nice, but it was tough. To push alone is not easy.”

Chepngetich came to the US eager for a victory after dropping out of the Olympic Marathon in August due to an injury.

The former half-marathon world record holder has made the podium of every race she has finished since her debut in 2017.

She won the world title during the 2019 World Athletics Championships in Doha, Qatar, clocking 2:32.43.

Congratulations to our lady marathon runners. They are brilliantly out performing our gentlemen ,so far. Starting with the Olympic/agold and asilver.Last week Jocelyne won the London marathon,and today the honors went to Ruth chepngetich.This is great.Iam sure soon our boys will wake up from their "funk"and catch up.

Comrade Maxiley,
Great point, the boys are busy eating nyama choma, drinking beers and ofcourse chasing skirts around the town.
Only the hungry one will come back and win or a new breed will emerge and circle goes on.

@Hahahahah that would surely guarantee poor performance.Today though, Benson Kipruto salvaged abit of the boys' image by winning the Boston Marathon,but Our lady.Diana continued to strengthen the female dominance over our men.I hope they dont fall in to the bad habits of our men,and start eating nyamachoma,and partying all night. Good thing our women dont chase skirts,they wear them well.And keep them on till Mr right shows up.

CONGRATULATIONS BABY GIRL.
WE'RE ALL PROUD OF YOU.