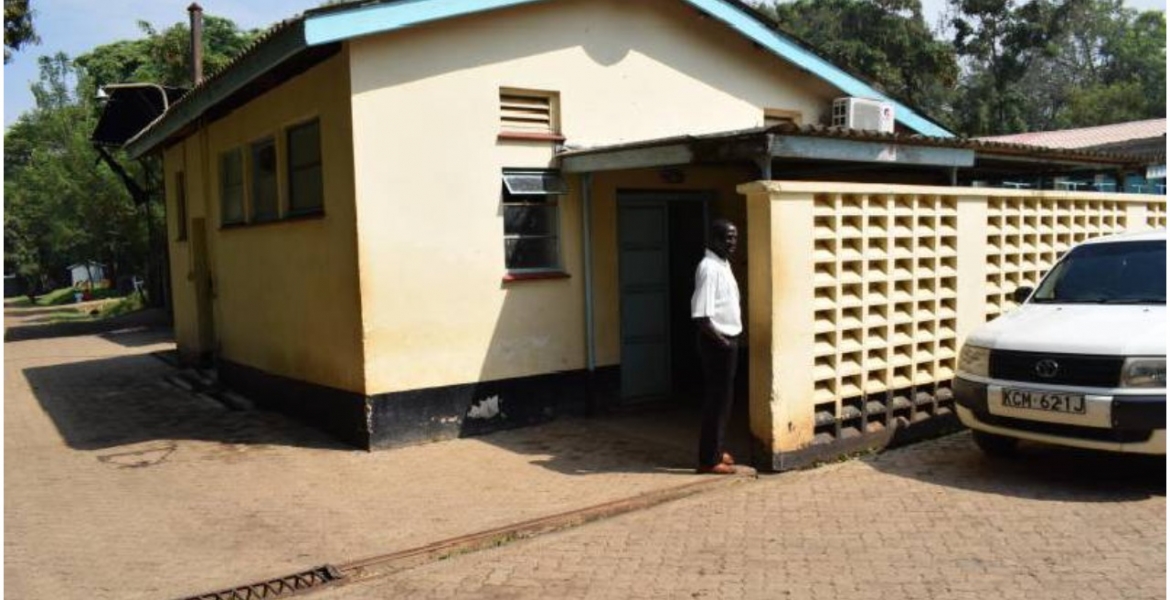 Police in Homa Bay County are detaining a 22-year-old man who was allegedly found licking a dead woman’s blood.

The Standard reports that the suspect identified as ‘Onyango’ licked the blood from the dead body in a local mortuary.

The deceased, who is believed to be a kindergarten teacher at a local school within Gul Kagembe area, was reportedly shot dead by unknown gunmen at her home in Rangwe on Tuesday night. Her body was moved to a local morgue.

On Thursday, Onyango visited the funeral home seeking to view the body of a man. Attendants said Onyango was asked to mention the name of the person whose body he wanted to view.

After checking the registry, the attendants allowed him in after confirming that the name he gave had been recorded.

Onyango, who was in the company of a boda boda rider, entered the morgue and went straight to where the man’s body had been kept.

The two viewed the body for a few minutes and decided to leave but as they approached the exit door, Onyago spotted the body of the woman, knelt beside and begun licking it.

“He started by tasting the blood with his right finger before he knelt and reached out by his tongue,” a morgue attendant who witnessed the incident told police.

This prompted the attendants to call the hospital security officers to arrest him. He was later handed over to officers from Homa Bay Police Station.

Homa Bay Directorate of Criminal Investigations Officer (DCIO) Monica Berege said they are interrogating Onyango to establish whether he is linked to the 40-year-old teacher’s murder.

“We want to get more information regarding why he was licking the teacher’s blood. This will help us know if there is any link between his actions and the teacher’s death,” Berege said.

“He looks like a drug addict but we cannot assume anything. He is telling us that he comes from Ndhiwa but the place may not be his real home. We will have to visit his home to view the environment.”

Wewe Menye sasa just shut up!! There is no rebuttal of any post here without mentioning Raila’s name. Okay we know and accept you hate Taila. Please change tune otherwise its getting too old!! Wacha ujinga. Its time for you to grow up and give sensible opinions other than regurgitating conspiracy misleading shenanigans on those you hate!!! ENOUGH of your BS!! Just saying.

Leaking or licking These garbage kind of stories are a waste of space here..,,!!!

Is it Leaking or Licking? Kizungu nayo?

Leaking vs licking. I was at first confounded.

Dear Kenyan Police the man was there to view a different body which was confirmed to be their, saw a bleeding dead woman n got thirst for some blood so where is the crime n why was he arrested as the woman was already dead when he got there n 2nd she's dead thus does not need the blood. Let this idiot free n let him go back n harvest a kidney.

Charges…Abuse of a corpse by ‘licking’ its blood aka stealing a dead persons blood aka licking taking someones ‘property’(blood) without authorization, committing unnatural acts on a corpse and related organs (blood is an organ) its in Kenyan penal codes. Just Google!

It's completely unnecessary to write some stories like this. It should be against the public policy - in order to keep a community's dignity whole. People ought to have a right to save face.

Did you read it?

Also kiss goat tounge and never look behind no matter what happens until you enter blankets in your room..

Bruh!!! what was the charges?

The question should be-Who is the complaint?