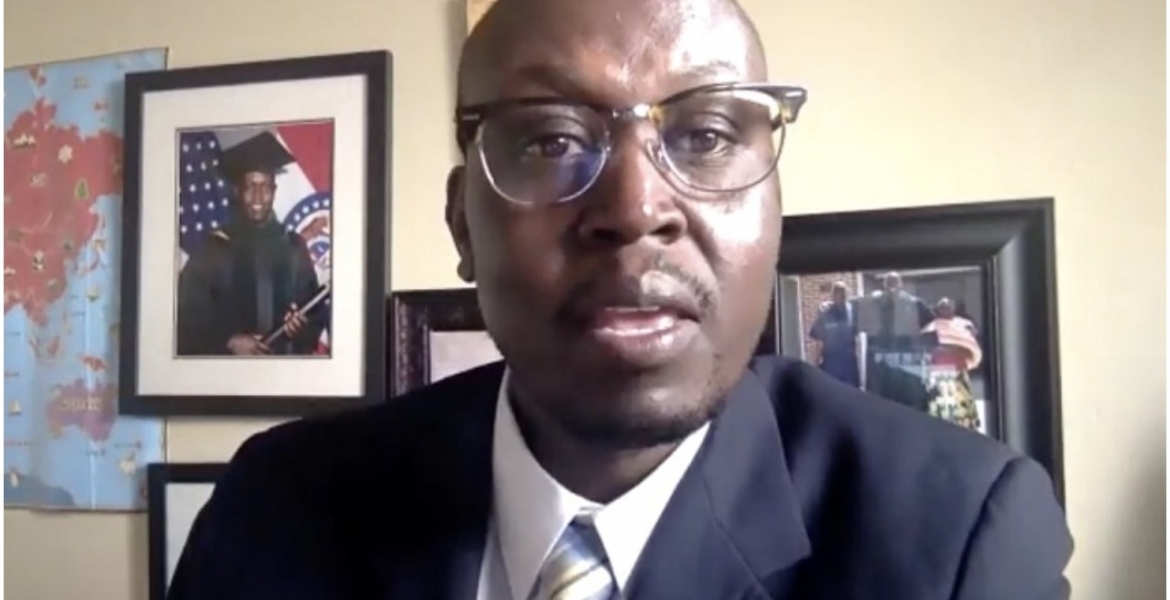 A judge in Florida has quashed a jury’s ruling that awarded Kenyan-born doctor Baiywo Rop $2.75 million in a racial discrimination suit.

Dr. Rop pursued his radiology residency at Florida Hospital, which is run by the state’s largest employer - Adventist Health System hospital. He graduated from medical school in 2012 and was accepted for a radiology residency the following year. During his third year in the program, Rop fell sick and was diagnosed with severe pernicious anemia, and he says that his employer would not accommodate his condition.

Further to this, Rop says his superiors falsely accused him of laziness and smoking weed, through racial stereotypes.

“Apparently, they made an assumption that I smoked weed, and I overheard an attending saying, ‘Oh, he needs to stop smoking weed,’” Rop said.

“So here am I, I am having a disease that could easily kill me—it’s a cheap disease to diagnose, it’s very cheap to treat—but it kills people.”

In 2017, Rop sued the Adventist Health System in the Ninth Judicial Circuit in Orange County, Florida. Following a weeklong trial last month, a jury on May 21st ruled in Rop’s favor after finding his termination from AdventHealth’s radiology residency program in 2017 was racially motivated.

But on May 28th, Circuit Judge Kevin Weiss ruled that Rop did not provide reasonable evidence that his race played a role in his firing from AdventHealth.

Judge Weiss stated that AdventHealth provided “legitimate, non-discriminatory and non-retaliatory reasons” for dismissing Rop from the program and that the petitioner did not provide sufficient evidence of racial discrimination on behalf of AdventHealth.

As a result, Weiss ruled that Rop will not be awarded the $2.75 million awarded to him by the jury.

Rop’s attorney Jerry Girley termed the ruling as a “manifest injustice” that disregarded the just verdict of the six-person jury.

“We believe that the court overstepped its bounds. My client is ready to continue his fight for justice and ask the community to join with him in his pursuit of justice,” he said in a statement.

Dr. Rop and his lawyer have appealed against the ruling, and want the verdict that the judge vacated reinstated.

Are you even serious?! Damn man. You’re the kind that needs a map and your hand held because you wear plastic glasses.

The best Way to Beat RACISM is to Swallow it as a Bitter Pill, and Move on. Reminiscing on it (in the name of Suing) can turn you into the Worst hater of the Other race for Ever; and become Cancer of the Mind; your Mind. Just move on Bro. Rop.

Florida is a WS jurisdiction. He should continue challenging the courts as bias is clear by judge overstepping a jury. Put that judge on blast through the media so he can be evaluated for his rulings. Probably another WS.

Court system aka justice system is an injustice organization. Collusion between judge, attorneys and prosecutors is normal.
America whites have not done anything for themselves: used blacks then Mexicans now immigrants to do their dangerous hard jobs that brings big money to owners. Meat plants, warehouses, nursing, construction, transportation, etc.

Why have a jury if judge can overrule them? Makes no f@ck1ng sense!

F Florida...I am not planning to ever live in such a racially biased state any time soon in my life time or that I know of.

For me, the whole of the south? Forget it. They are poor, ignorant and racist.

Depends with where. I would live in GA or NC. mainly the metropolitan parts. Also not everywhere in the south is racist or poor but I can agree that the leadership in southern states is backward and at times racist but that RED state party is like that even in Northern states like Indiana or Pennsylvania.
I would actually say that Kenya is more racist than most of America. As the Kenyans who work for Muhindis, Arabs,Chinese or European descendants in Kenya? Why do non-African foreigners get paid more than Africans while in Kenya yet they are on the same rank and at times, the African is more qualified yet they pay the African as much as 3 times less. All this happens in Kenya. Look at how Muhindis have contempt towards black Kenyans. I got to the point of not patronizing their businesses. Look at Chinese Industries in Africa and tell me if the Chinese are not carrying out slavery in Africa in the name of investment?

That is so true!

Doctor, you are much needed in your home country, your people need you, forget the promised wealth of alien countries, go serve your people. That's the hidden message in the judge's ruling and I support it.

@Mutuura Mwangi,"the hidden message" may not be so hidden when you consider that Florida is only 90 miles from Cuba,and it did not escape the judgeto note that ahandful of cuban doctors are heading to Kenya...with benefits they can only dream of in Cuba.

I represent Dr. Rop. We need everyone to share this story to keep it in the public square

Dr Rop needs to go to his home country where the people need him most. They cared for and nurtured him all through his childhood and what should they feel when they see him fighting to serve America?

@MjuAji unfortunately you are right. Color and accent seem to cause people to judge. If you're black, you become cast as threatening, unintelligent and not worthy of leadership. If you have an accent, somehow the thinking is that the accent affects your ability to think as if thoughts and ideas have accents. America by default is built for white people. Most Africans are better educated than the native born but are held back for reasons of accent and color. Contrary to what someone here has said, not fighting for your rights only preserves the status quo. The rich, powerful and well connected always have access. We don't know what they discuss at private dinners, fundraisers and country clubs. All we know is that This judge decided to make a direct ruling to overturn a verdict against one Florida's second largest healthcare employers.

It happens in Africa as well, go to most restaurants in Kenya and let's say there is a white guest or any non-African guest and see how the waiters will treat African guests like they are unwanted and they are so quick to serve the non-African guests. Look at how the major firms in Kenya how black Kenyans despite being qualified or overqualified, they are paid less than the non-African person at a factor of even 3times less. Look at when crisis happens in an African country, the reuse agencies will quickly rescue non-africans before getting to Africans. Look what happened in Mozambique where whites were rescued along with their pets and locals left to sort themselves out.

I agree. I have been the subject of that kind of treatment at a few establishments in Kenya. However, I don't ever just let it pass as was previously suggested by a commenter. We have been conditioned to think lighter skin is better, prestigious work is office work, and this inane need to glorify "Queen's English" accents.