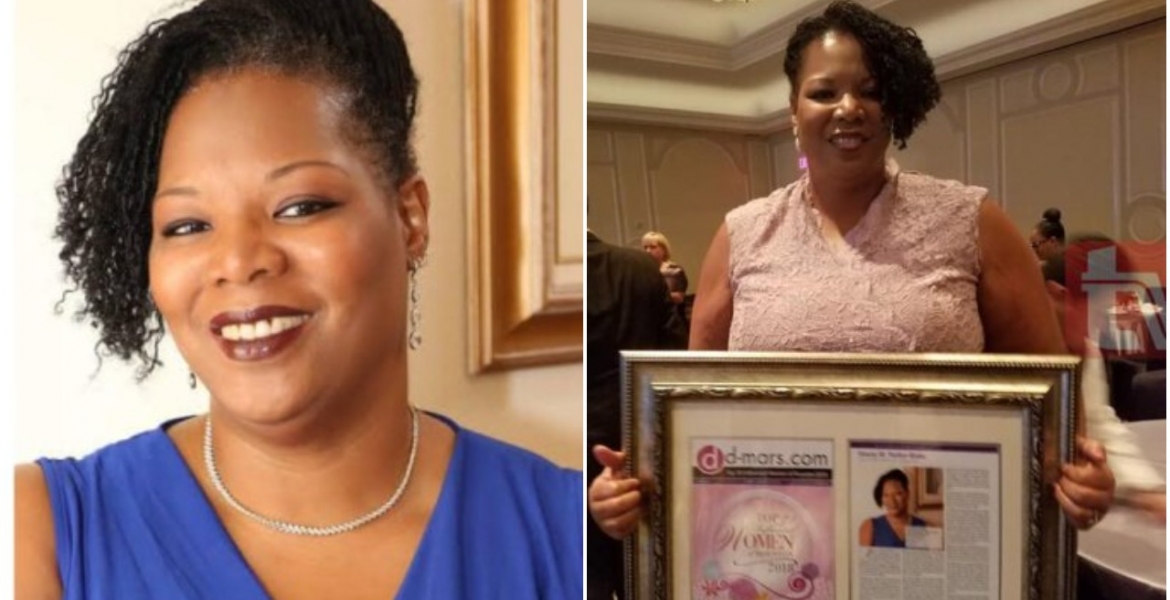 Stacey, 50, was arrested on Friday upon landing at the Jomo Kenyatta International Airport (JKIA) in Nairobi from the US.

The Directorate of Criminal Investigations (DCI) said investigations linked her to the Ponzi scheme in which Kenyans were defrauded of millions of shillings.

“In a well-coordinated and orchestrated scheme, investors were duped into investing their money in an online app known as Amazon Web Worker, on the premise that they would earn huge profits of up to 38% for a deposit lasting only 7 days,” DCI said.

Scrutiny of her Facebook page revealed that Stacey is a counselor by profession and lives in Houston, Texas. She is a mother of two and is married to Everard Jimmy Blake.

Her updates on the social media platform paint her as someone who leads an expensive lifestyle and is obsessed with traveling around the globe. In one of her posts, she says, “The world is a book, and those who do not travel read only one page.”

For instance, in the past three years, Stacey has traveled to France, South Africa, and Kenya, among other countries.

She is also a sports enthusiast who attends football matches, especially those taking place within Texas City.

Stacey, who holds a master of Arts in Counseling and a bachelor of Science in Psychology, was featured in Top 30 Influential Woman of Houston 2018.

She works as a full-time counselor dealing with mental health in Houston and states that she is dedicated to her professional life of helping and supporting those in need.

DCI says investigations revealed that Stacey had pay-bill accounts in her name that had a balance of Sh50 million, believed to be deposits made by Amazon Web Worker victims. Detectives are also pursuing other suspects believed to be part of the syndicate.

She is set to be charged with money laundering, computer fraud, among other charges.

Your akata sister from your other mother doing the same things you are doing in Homa Bay! What is the difference here you ugly loudmouth?

..are you defending her? Since when did two wrongs make a right? Nway, maybe the Kenyan behind it is you...coz there has to be a Kenyan partner....God have mercy!

Asante dada for opening my eyes. I never knew about KWITU this exclusive $100 entry fee feminist organization luring kenyan women. Seeing the elitism on that site, I am not surprised she targeted people like those with her ponzi scheme.
Couldnt find MSITU or SKWITU after googling - could you please care to educate us on these forums?.

This is how it goes.SKWITU (Smart Kenyan Women in the US); owned by some beautiful lady in Indiana is a break-away of KWITU. The wars were epic (in a tea-cup of course) and the matusi at break off? Pure comic relief. It was good for the pandemic - nilicheka, wakenya wana matusi. I think the other one is MWITU...or something like that. Combines both genders...I think that is the gist. I never financially joined any, but waw kicked outta SKWITU for running against the grain. The Kenyan women had decided that Obadia Kinarah was a killer and the online wailing was epic...I of course disagreed; We can't just demonize a brother we dont know. Death hurts, but even as we hurt, we must be careful not to destroy others.

Aah.. it seems even the smart ones are not immune to idle gossip banter fueled by emotional hysteria. Very happy for you not to be drawn into their witchhunt over sensational media hype. I read into that story and also not convinced beyond reasonable doubt that the guy killed her. Seneca I commend you on this and think you need to expose such groups to us public so it is known what these movements really are like inside. To stand up and refuse to join the mob mentality of one's own gender and risk alienation is a brave thing to do. You sir (maam) are my kind of hero. Please run for office haraka haraka- we need such female leaders not the ones who prey on fear and bully their agendas into law, while quietly benefiting from the privileges afforded them.

She must be Counselor to the fraudulent Caleb Butiko, Eliud Imbayi, Albert Kisangi, etc in Houston, Texas. The Marriage BREAKERS. Over to you @GUEST1.🙄

Take the shs 50 million, keep her in jail until the matter is resolved! This is very stupid and ridiculous! Also ask the US government to had over her husband! He is part and parcel of the scheme to defraud Kenyans! She would have been jailed for years Had she done her con schemes in America! We can’t allow bustards like her to cheat Africans!

A full time mental counselor? She needs a Kenyan muganga to street her screwed up head! I hate akata! I can’t believe this madness!

She went all the way to Kenya to conduct her illicit corruption business and the way they hate us here in the US? Please!

Bwana Theuri,
You hit the nail on the head. These people chukia us lakini realize there is more of us than them. In 15 years thy will be trying to migrate to Africa. Mark my words.
Sad thing is this happens all over Africa not just Kenya while we let our batoto ape their silly ways and styles. First off beyonce and jayz have stolen african songs to their fans- the former admitted, the latter denies. Haya, then we go the brainwashed christian groups- That mouth frothing pastor and Kirk Franklin used to take off with african diamonds on their jets after their pilgrim crusade concerts. You even have right in DC this akataa with no agric skills posing as a farmer with Hellotractor supported by big agric- John Deere currently being boycotted by black farmers in USA https://www.washingtoninformer.com/john-deere-attempting-to-undercut-bl…
Lakini Wafrika are slowly waking up and its up to us who know to teach and educate the masses so we support legit black causes and avoid the scammers and filthy scum who want to pollute our dear africa.

Do not release this idiot on bail! Keep her in jail and have her doing some hard labor!