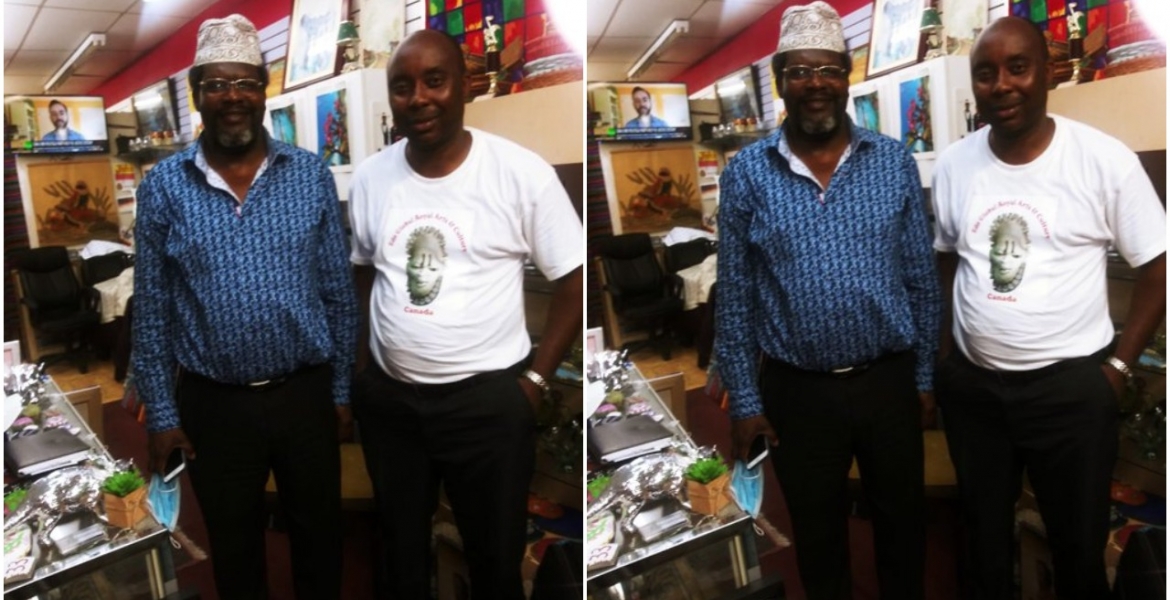 Deported lawyer Miguna Miguna has responded to Kenyans on social media who raised concerns over his weight loss.

A section of Twitter users was quick to notice that the self-proclaimed National Resistance Movement (NRM) general has slimmed down after he posted a photo on the social media platform.

Others also observed that Miguna, who is dressed in a blue shirt and black trousers was ‘ageing fast’ due to the grey hair on his head.

AS Lamborghini wrote: “Miguna you are losing weight so fast. You must have been exercising during this lockdown.”

@Brayyyyo posed: “Na General umekonda?Will you be able to lead us to the promised Land kweli???”

@PeacePkk noted: "Reducing weight isn't bad, but this too much General."

Another user stated: “You are getting older each day general before you liberate us.”

But responding to his followers, Miguna clarified he is fine and that losing weight is healthy.

“Losing weight is healthy. Obesity which you consider signs of prosperity are symptoms of impending death from hypertension, diabetes, and other diseases. Any man above 40 has grey hair. Your looters paint their grey hair and beards due to lack of self-esteem,” Miguna retorted.

Only the idiot guesty will waste all of his time on this matter as i see a lonely fuck who really needs a hug from a Kikuyu.

Easy bro, give guesty a break. The man/woman could be in dire need of a shrink and a high dose of Latuda rx.
Achekaye kilema hata kwao kipo.

MM don’t worry about the others painting graying hair. You have your own insecurities that you try to hide under that goof hat; right in front of your head! So do your thing and let others be!

Grey hair is a sign of wisdom which a true case to General.Or do even fools grow old.

Weight loss is actually good for your health. As Africans we need to realize that exercise is as vital to the human body as nutrition.
As for Miguna, his divisive, idle-chatter is just too much for he to be allowed here to tear the fragile fabric of cohesion we have worked too hard to build after the handshake.

@MM - you are beginning to look like Sadam Hussein on the hot day he was captured from the underground cabby hole by American soldiers! Spruce yourself a little bit! You are looking like a haggard man.

@Mwakilishi...the "deported Miguna Miguna" title is so yesterday. MM has moved on for now. You need to. Give the man a break, he is more than a deported, deported. Kudos for launching a new business. Maisha mafupi bwana.

Am happy that you keep engaging, this despots. Keep going men, we are together as one.