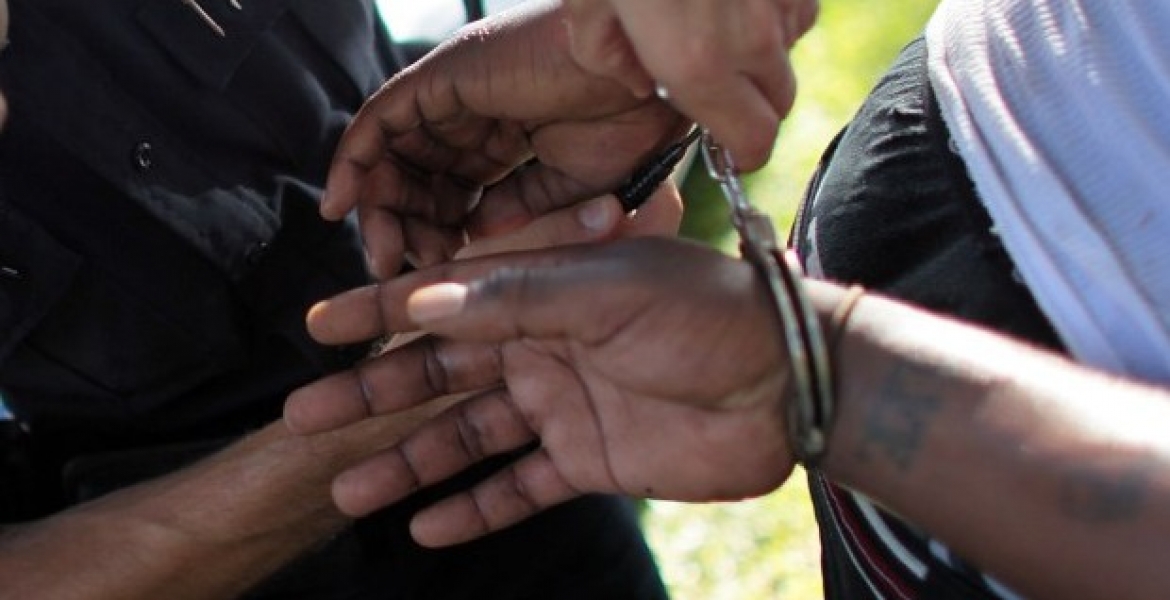 Two of them were arrested after they went to report their colleague at Kajiado Police Station for refusing to pay them, according to K24 Digital.

A police report indicated that two of the men had reportedly traveled all the way from Mombasa to engage in gay-sex, which is illegal in Kenya.

Police said one of the two men from Mombasa met the Kajiado man on Facebook and they became friends. The two agreed to meet for a date on Sunday but the 23-year-old Mombasa man tagged along his friend.

After arriving in Kajiado, the two Mombasa men went to their date’s house where they negotiated and after agreeing on terms, they engaged in homosexual acts.

The Kajiado man, 24, is said to have refused to pay up after the act, prompting the two men to report him to Kajiado Police Station. The incident was reported on Sunday at 9 pm, according to the police report.

Police officers went to the Kajiado man’s house and arrested the three before taking them to Kajiado Referral Hospital for a medical examination.

Once investigations are completed, the three will be arraigned in court to face charges of engaging in homosexual acts.

Kenya’s penal code states that anyone who has “carnal knowledge… against the order of nature” can be imprisoned for up to 14 years. Another section recommends a five-year jail sentence for “indecent practices between males.”

So what did the medical examination reveal? Very much interested in knowing, my life will be a lot better!

This is bait reporting or these three are upto something. Being used by some NGOs or group to pass a point perhaps? Even if a straight person was not paid, in Kenya there is no recourse. Eti you went to pol lice to report that you/r prostitute was not paid - Jeso! Even in the US they'd arrest you.

This is a willing seller willing buyer deal. Police should have arrested the man who refused to pay.
Although I am not gay, I won't judge.
These are 3 consenting adults.
Maisha ni yao.
Again what people do behind closed doors is their problem.
Police need to charge them with prostitution.

EVIL INDEED!!! Homosexuality is the white man's dirty past and present culture that the African unashamedly want to mimic.
Homosexuality is anti-nature and against God. Homosexuality is not part of Kenya or African culture; it is rather a filthy borrowed culture from the west (Robert Mugabe -UN Speech "We are not gays".
Before we ask our people to adopt this homosexual culture we must first understand the history of this evil, demonic and violent nature of this practice. Our own brothers who were carried as slaves were sodomized by their white masters in the "Sex Farms"
The process was known as "breaking the buck". It involves a strapping of negro slave who was defiant, beating him with a whip until he was bloody in front of his entire slave community. The master would then savagely sodomize the slave in front of his wife, family, friends and children so they can witness their father's sexual demise and humiliation. Buck breaking was the slave master's very effective tool to keep all young black slaves from ever being defiant and taking revenge. It also frightened the mother's and wives from ever giving consent to an uprising.
Buck breaking was so successful that it was made into a "Sex Farm " where the master would travel from plantation to plantation feeding their sadistic homosexual needs.
Ref:Slavery in the United States by John Simkin;
National humanities center resource toolbox on slaveholders;
Sexual Abuse of slaves;
Atlanta Black Star;
"Homosexuality and slavery-The history of Black Homosexuality in America"
Sex Farms during slavery and the Effiminization of Black man.
Mimicking and adopting other people's culture (White man's culture) without understanding the historic context and negative impact and capacity to destroy our very own cultural and traditional beliefs, is a very dangerous road to take.

I disagree! I went to a boys boarding high school. And it was an open secret that students were sodomizing each other. And this was in the early 90's. I am not defending white men, but do not try to insinuate that African culture does not have these "evil" practices as you call them.

@Fundi, everything has a name. What did you call it in African languages? What language? If it existed, it had a name.

So if @Fundi does not remember the name does it mean it never existed? Why don't you do your own research and figure that out? BTW you claim to be a black Israelite, where did you get that idea from? Please enlighten me because I am still digging in haven't found anything to go by.

Nonsense ... dudes have been screwing dudes since the stone age ... hata yesu na hao madisaipo wake walikua mashoga ... those 13 dudes roaming around 24/7 without helping each other out ... go tell that to the birds ... now lemmi rub one off and go to work.

I am so deceased from this comment. Hahahahaha.... Why am I not disagreeing with you? Very questionable how Jesus and his 12 disciples spent so much together. None of those dudes was married too. How now?

Several former freedom fighters have said that while they were in the bush brother Bob was one of them. Totally expected for the long periods spent in the bush.

@Guest #13, no rumor mongering; Please provide names of the "several", venue or references.
Always support your word, let it be true and speak for itself.

I'm sick and tired of every evil being attributed to white men. Humans are basically the same across the world. Homosexuality exists everywhere from the Amazon jungle to Cambodia to Timbuktu.

Ngai here we go again! Kivumbi LIBERALS Vs CONSERVATIVES (AKA washamba walikubali kuwa washamba, kuishi kama washamba na kutoka hii dunia kama washamba.) Btw mob love. Got nothing but love for y'all. Everyone has a right to their opinion. That said. Kenya kuna mambo. Yaani people have become courageous! BOLD! Na Mwakilishi hutoa wapi hizi story? The guy from Mombasa, if he hadn't tagged along with his friend angekuwa pabaya. Hii ni tricky sana. There's no stopping an idea who's time has come. There need to be proper laws and regulations. So many things go unreported. They say now with the tea bonus in tea farmers' pockets, prostitutes - male, female and genderless are heading to Kericho, Bomet, Eldoret and it's enrirons. Tricky sana!